Using This Yiddish Word Is an Art That Anyone Can Master 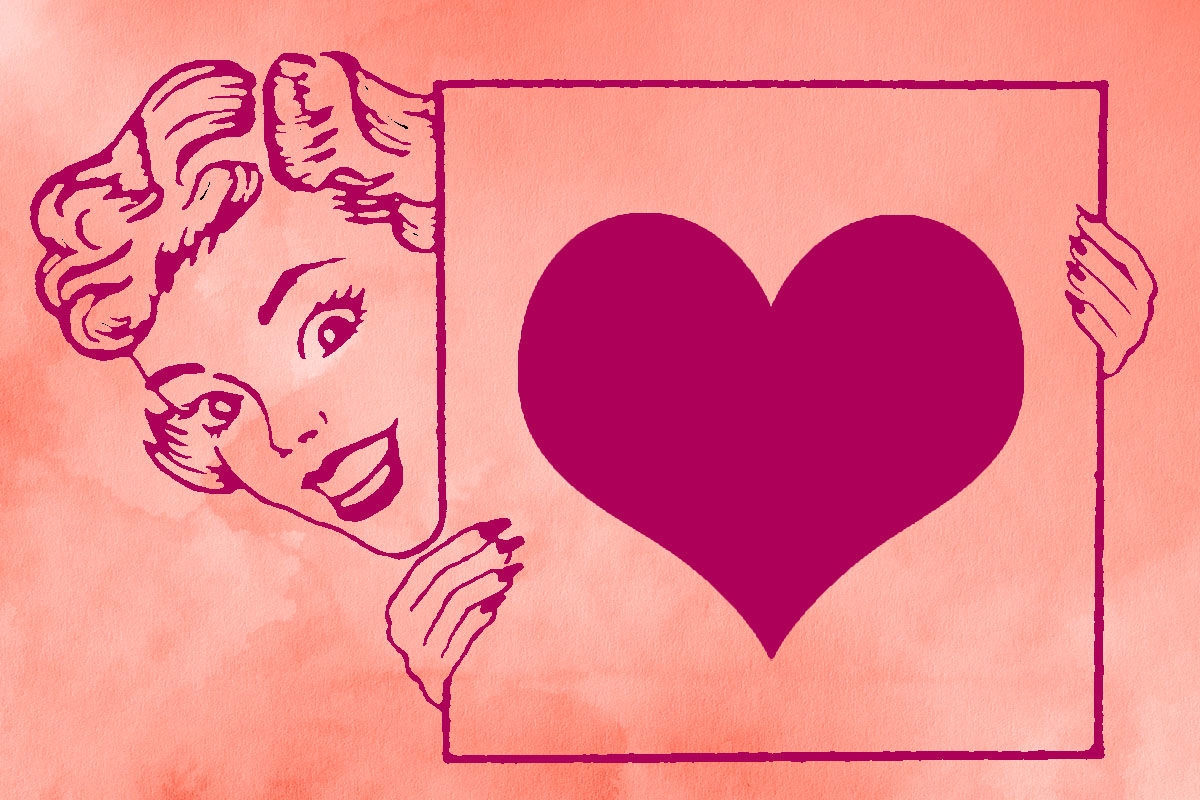 Way back in 1828, Noah Webster learned 28 languages in order to write his groundbreaking dictionary. But kvell was nowhere to be found among his 70,000 words. His family was surely proud, but it’s safe to assume that not one of them told him, “I’m kvelling.”

It took more than a century before the word kvell appeared in an English book. It wasn’t even a book, really: The 1952 Handbook of Familiar Jewish Words and Expressions was just 34 pages of useful words “for making friends with Jewish Merchants.” It was produced by Joseph Jacobs, the advertising company that came up with the idea for the Maxwell House Haggadah.

This was the time when American Jews were beginning to assimilate and little-known Yiddish words were turning up in mainstream media. Writer/actor Gertrude Berg was starring in the original television comedy, The Goldbergs, which introduced audiences to a Jewish family in the Bronx. (As a frame of reference, that’s 65 years before Midge Maisel started doing stand-up comedy.)

When members of the tribe got into the dictionary business, kvell was on their list of essential words. Yiddish maven Leo Rosten, author of the groundbreaking 1968 reference book The Joys of Yiddish, wrote that kvell comes from the German root “quellen, to gush or to swell.” Thirty years after Rosten, the Dictionary of Jewish Words defines kvell as “to burst with pride, particularly at the accomplishments and achievements of one’s children.” It uses kvell in this sentence: “Congratulations on your daughter getting into Harvard. You must be kvelling.”

Kvelling is not unique to parents and grandparents; it’s just that children give you limitless opportunities to do so. This explains why refrigerators are plastered with Hebrew school “Mensch of the Month” certificates, glowing pre-K report cards, and crayon drawings of a stick- figure family holding hands.

There is a fine art to kvelling. Kvelling is not boasting or bragging; it’s quieter. It’s the pride you feel when you witness your older child patiently helping the younger one finish a puzzle. It’s also the satisfaction you feel because it means they might have been listening to you after all.

True kvelling is not calculated; it happens in the moment, like when your kid rounds home plate and his teammates give him a high-five, or when your husband is called up to the stage for an award. Kvelling wells up until you burst with joy and pride. You just can’t help it.

Kvelling after the fact? That you should be mindful of, as delayed kvelling can sound an awful lot like bragging, and nobody likes the sound of someone tooting their own horn.

In general, kvelling is cool — but be careful, and take heed of what the bubbes say: Kvelling too loud or proud can put you at risk of attracting the evil eye, which strikes when things are too good. Announcing that your son got straight As will only provoke the evil eye to make him get a D on his next spelling test.

One way to counteract this curse is to end your sentence with the Yiddish word, kineahora, which translates as “no evil eye.” It’s the verbal equivalent of knocking on wood, as in, “Adam’s in kindergarten and already reading on the third-grade level! Kineahora.”

Are you actually complaining that it’s difficult to get home from your fancy beach house? The humblebrag fools no one.

Facebook and other social media is prime real estate for the humblebrag: “I’m cleaning out my closet. Can anyone use any of my size 4 designer business suits?” Or, “We have a six-hour layover in San Francisco on the way to Maui. Can anyone recommend a restaurant near the airport?”

Most kvelling is individual, up close and personal. It’s you expressing pride in a child, spouse, sibling or friend. But there are other opportunities to kvell — read on for some key kvelling categories.

This is when your child has a small part in a bigger achievement — say, when you find yourself cheering wildly because the Purple Tigers won the T-ball game. Only one of the players is yours, but they all remembered to run to first base! Cheering them on builds camaraderie, and in this competitive world, it feels good to be on the same team, both literally and figuratively. Communal kvelling is not exclusive to Jews; it extends to all the parents in the stands, the grandparents in the audience, and everyone who’s clapping at the finish line.

As parents, you’ll have years of school concerts, report cards, birthday parties, track meets, school elections, and mitzvah projects — all excellent opportunities for communal kvelling, as in: “Michael was so cute as the third hamantashen in the second row in the Purim play. I was kvelling.”

Communal kvelling must be discreet. Remember not to wave, whistle or hoot; you must not do anything to embarrass your child or draw attention to your kvelling. And don’t kvetch about the kid who sings too loud. Kvetching cancels kvelling.

This is when you hardly know the achiever but are still so proud of their accomplishments. Distance kvelling is the kind of kvelling that you just stumble upon — after all, this isn’t about being there for someone you know.

For example, you’re in synagogue one Saturday and the bat mitzvah girl walks up on the bimah. You don’t recognize her but still find yourself tearing up during her speech; you didn’t know that her grandfather was a Holocaust survivor. You’re kvelling over how poised she.

Or you’re at the library and come across a student concert in the meeting room. The clarinet soloist is so skillful for a sixth-grader. You played an instrument all through school, but you never got a solo. You’re kvelling – and relieved – when the child plays the final note and the applause starts.

You distance kvell because you can relate: You’ve been through a similar experience; you can imagine how the parents feel and how much effort the child put in. You share in their pride of accomplishment.

This is when you take pride in the accomplishments of a fellow Jew. You never met Ruth Bader Ginsburg, but along with thousands of other Jewish women, you kvell when she gets a good medical report, and you kvell when she walks into the Supreme Court.

We kvelled when we watched Tiffany Haddish’s bat mitzvah video. “She even read from the Torah – she was so enthusiastic!” You do this because we are one tribe – and a minority one, at that. The actions of one of us reflects on all of us. When they do good, we feel good.

The opposite of tribal kvelling is cringing when a fellow Jew gets in trouble. Bubbes have been known to comment on a news report of a corporate embezzlement: “Oy. I hope when they catch the guy, we don’t find out that he’s Jewish.” Of course, there’s a Yiddish word to describe this communal cringe: shanda, which means means scandal or shame. Bernie Madoff is the poster child for a shanda.

This is when you look through your kids’ baby albums, old Facebook posts, or your high school yearbook and relive the kvell-worthy moments. This reminiscing can stir up not only nostalgia and longing, but joy and gratitude.

Add retrospective kvelling to your self-care routine. You did yoga today, ate a healthy grain bowl for lunch, and the kids are down for the night. Now it’s time pull out those baby albums! You were a superhero that day; you were amazing. Look at the love in your husband’s eyes. See your parents kvelling over their newborn grandchild. See the person you were before you knew how it would all turn out. It’s turned out good. You’re doing fine.

Kvelling never gets old. That’s why we suggest taking plenty of photos and videos of all the amazing, one-of-a kind family moments. You’ll just be ensuring lots of future kvelling.