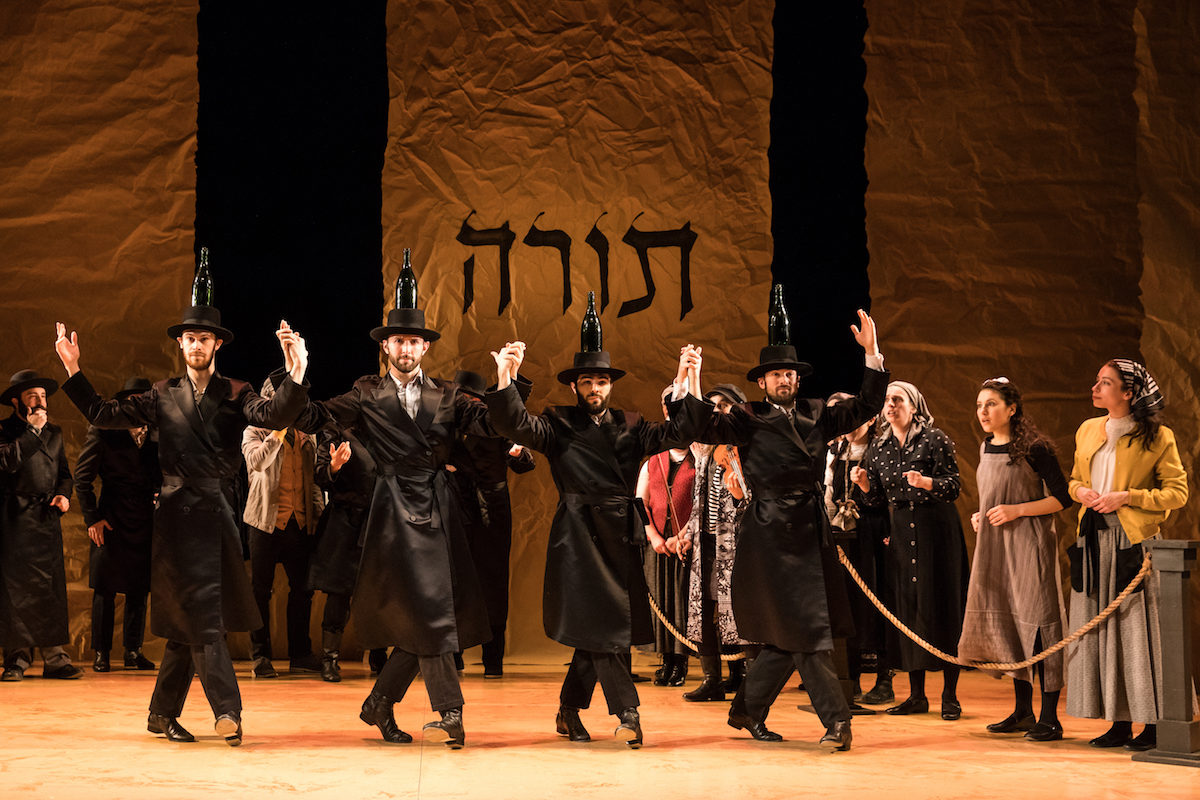 You’ve probably seen the musical Fiddler on the Roof at some point — or, perhaps, dozens of points — in your life. Either the 1971 movie starring Topol, one of numerous Broadway stagings, a regional production, at your child’s school, or maybe even all of the above.

But, chances are,  you probably haven’t seen it done the way it’s being done right now in New York City at Stage 42: in Yiddish, the language Tevye and his family would have spoken, had they and their shtetl, Anatevka, been real.

The National Yiddish Theatre Folksbiene’s production, directed by Joel Grey (yes, that Joel Grey, who is best known for playing the Emcee in Cabaret) was supposed to play a limited run at the Museum of Jewish Heritage from in the summer of 2018. It was so popular and received such rave reviews, however, that its run extended multiple times before transferring to 42nd Street.

Actor and singer Jana Robbins is one of the two lead producers responsible for the transfer. This production is notable for its simplicity: It’s performed on a minimalist set — a mostly bare stage, save for the occasional tables and chairs and the word “Torah” as a backdrop —  but the performances are so grounded that you don’t need anything else. The fact that it’s performed in Yiddish (with English and Russian supertitles) adds to the emotion.

For Robbins, this production of Fiddler feels personal — her grandparents on her father’s side immigrated to the U.S. from Poland. She recalls how they lived, dressed, and spoke differently than her other grandparents, who were born in the U.S. “I loved all the Yiddish words that were used around me and didn’t even realize at first that they weren’t English,” she says. “They just seemed to be the perfect words to be used in the moment.”

“When I heard all these Yiddish words being spoken on stage in Fiddler on the Roof, the ones I knew jumped out at me, and even the ones I didn’t felt like home,” she adds. “Like a home I never knew. Like a home that was in my DNA.”

Fiddler, which is so much about family, also speaks to Robbins deeply as a mother (she has an adult son), and grandmother to two granddaughters. The musical is in many ways about parenting, as it follows Tevye the dairyman trying to marry off his daughters in a changing world.

Here are five parenting lessons Robbins learned from Fiddler on the Roof, that could be applied to any parent at any stage — in any era or continent.

1. Don’t think you have all the answers.

In the musical, Tevye’s daughters come to him, one by one, to ask for his permission or blessing to marry the men they love. In each case, he has a conversation with God, weighing the happiness of his daughters against the traditions he’s always known. 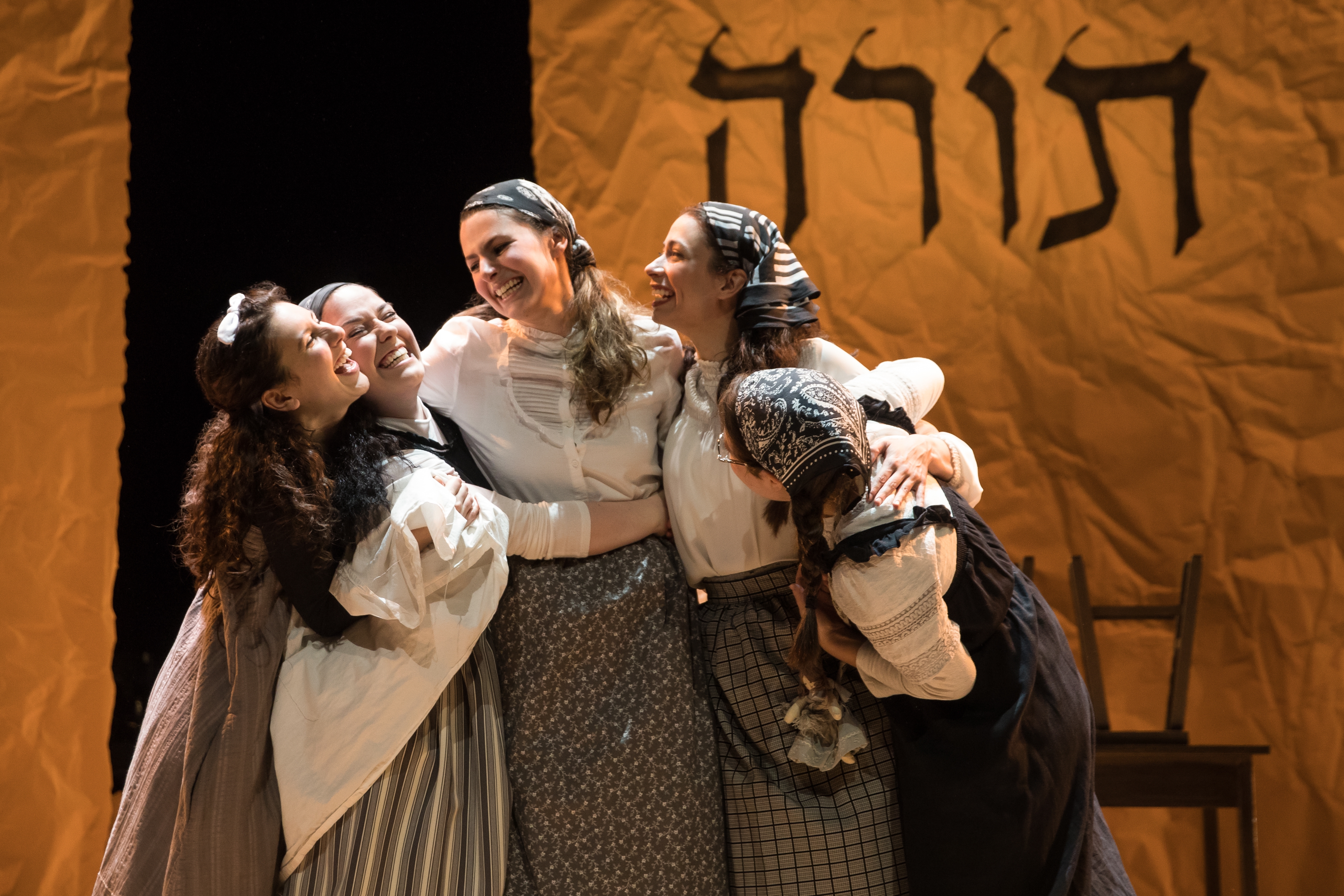 “It’s so moving as he does that because he’s willing to look at all the sides of the questions,” Robbins says.

Yes, sometimes parents stand firm on things just because that’s the way it’s always been, but if Tevye can be willing to see things from his children’s perspectives, anyone can.

Robbins says that, at its heart, Fiddler is about how we bring up our children, how we learn to love, and how we learn to let go. “Tevye as a father wants to cling to what he believes spiritually, religiously, morally, but he’s doing that all in a changing world, and as parents we’re up against that,” says Robbins.

But sometimes you have to trust your children, such as when Tevye’s second daughter, Hodel, goes to Siberia to be with her fiancé. Tevye says goodbye, leaves her at the station, looks to God, and says, “Make sure that she dresses warm.”

3. Sometimes, it’s OK to be a meddling mama.

One of the most famous numbers of the show is “Matchmaker,” in which Tevye’s daughters fantasize about the men the yenta will bring for them — only to realize they might get stuck with someone they don’t want.

Although they young women eventually make their own matches, the musical doesn’t look down on matchmakers. After all, Tevye and his wife Golde used one, and they discover through the course of the show that they truly love each other. In the lobby at Stage 42, for the duration of the production, there decorative signs where theatergoers can take photos in front of Yiddish words like “tateh” (father) and “mame” (mother). When Robbins’ took her family to see a recent performance, her daughter-in-law told her to stand in front of “yenta” (matchmaker) for a picture.

Robbins was confused, but her daughter-in-law pointed out that she bought her son a Match.com subscription. She even helped her son with his profile! Her daughter-in-law was the first person to answer his ad… and now the couple has two children. And, in a way, this would have never happened without Robbins’ interference, so sometimes it’s OK to give your kids a bit of a nudge.

4. Know when change is for a child’s betterment.

“What is so apparent in this show is how Tevye, as a father, wants to cling to what he believes spiritually, religiously, morally, but he’s doing that all in a changing world, and as parents we’re up against that,” Robbins says. “That will continue on forever. We will always be looking at what we accept from our children because they’re living in a different time from us.” 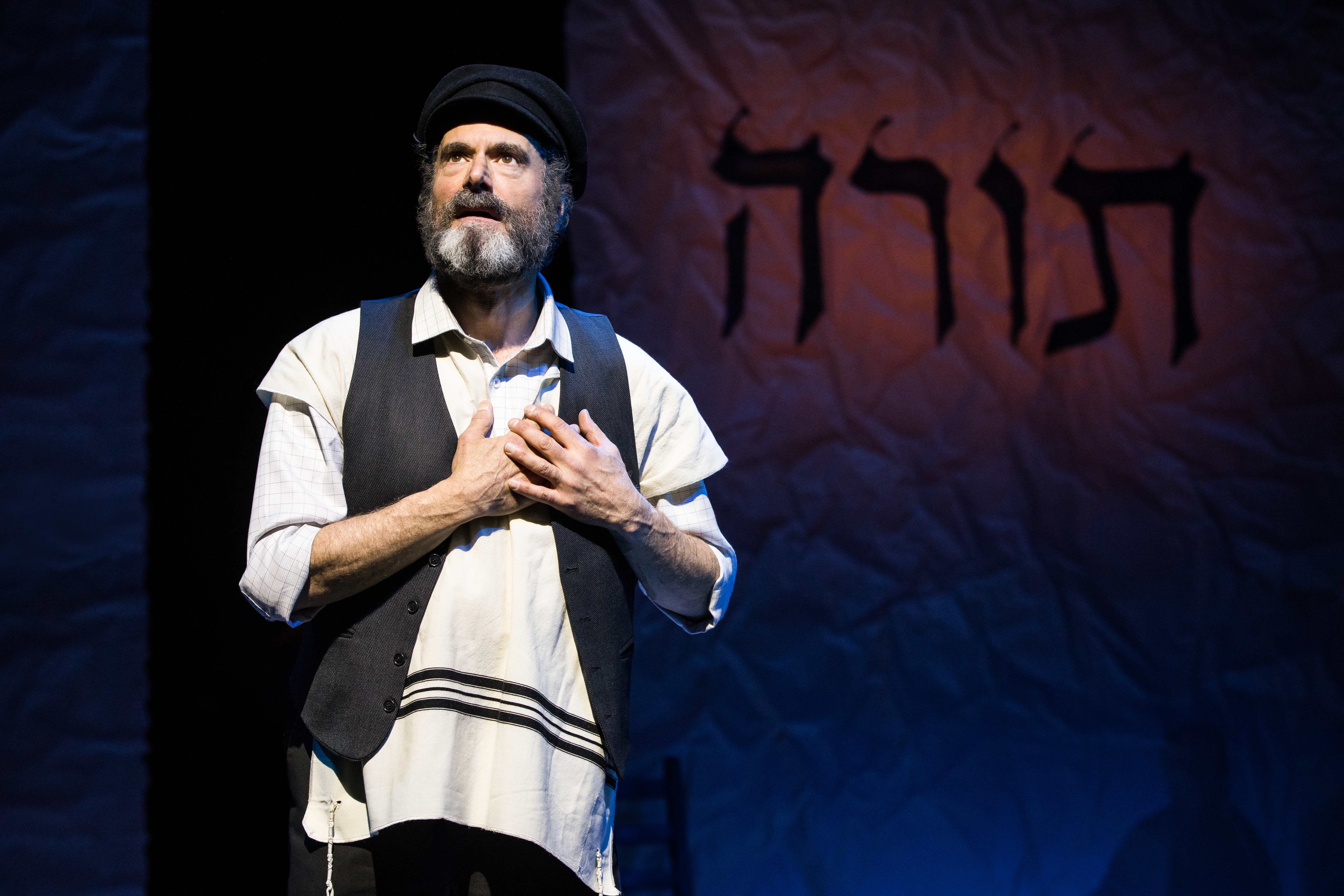 Robbins considers herself lucky that her son never really rebelled, and actually loves family traditions. But when it came to getting married, he fell in love with an Italian-Catholic woman — though, unlike Tevye, Robbins did not have trouble accepting an interfaith marriage.

5. Love your children for who they are.

Tevye is able to accept his daughter’s choices until Chava chooses to marry a man outside the faith — that is the one issue on which he cannot bend. Although she would have never done that to her son, Robbins says, she understands where Tevye is coming from when he turns away his daughter, torn between being true to his heritage and his love for his daughter.

“I pity him in the moment, and love him for relenting,” she says. She is speaking of the end of the musical (spoiler alert), when all the Jews have to leave Anatevka, and Chava comes to say goodbye. Tevye tells her, through his oldest daughter, “God be with you.”

Robbins says, through tears, “He’s still saying, ‘I love you, I’m with you, my heart is with you, and you will always be loved.’ And that’s what a parent ultimately should do. It’s about love and honor.”

For Robbins, that’s the underlying message of Fiddler on the Roof: love. “Each time, love wins,” she says. “Not just the love the children have for the men they’ve fallen in love with, but love from the parent to the child, to understand the child’s feelings.”