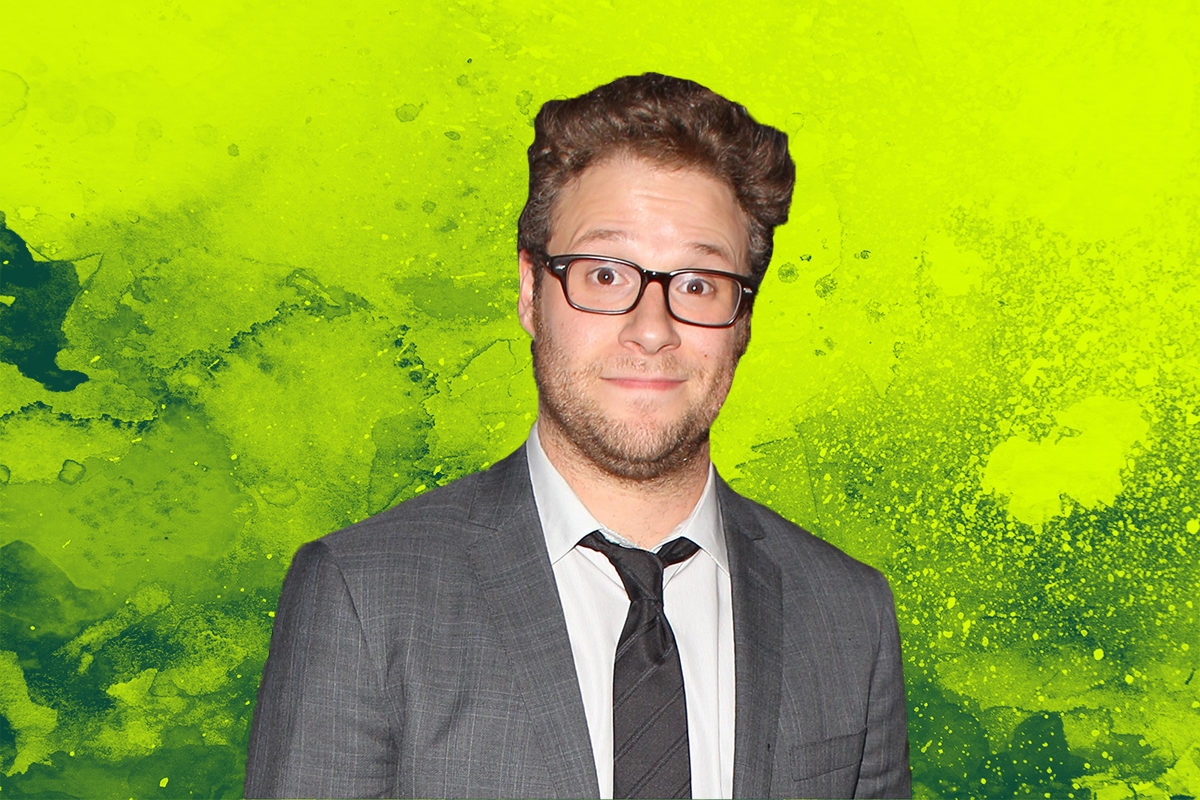 Seth Rogen, whom we’ve dubbed the “Jewish dad” of Instagram — not because he’s actually a dad, but because he cares about people — graced the cover of GQ this week. The actor/director/writer/cannabis entrepreneur/voice of Vancouver’s public transit looked incredible, but what really caught our eye in the feature had nothing to do with $6,000 Louis Vuitton pants.

Rather, we’re kvelling over the love that Seth showers on his adorably, stereotypically Jewish parents in the interview.

Sandy and Mark Rogen, who met at a kibbutz in Israel, are “exactly what you would imagine, very shticky — they’re a Jewish couple,” Rogen told GQ.

What’s more, we have these supportive, eccentric parents to thank for catalyzing his comedic career.

Seth’s parents were the ones who suggested he sign up for a standup comedy workshop. In a YouTube video from 1994, 13-year-old Seth is seen performing a hilarious set at a lesbian bar in Vancouver called The Lotus (unaware of the audience’s sexual orientation, he assumed it was just ladies night). Dressed in an oversized brown t-shirt over a long-sleeved shirt, he jumped right into his tight five, mostly filled with jokes about his Jewish grandparents, Jewish summer camp, and bullies.

At 16, just a few years after nailing his super Jewy standup routine, Seth, now 37, auditioned for Freaks and Geeks and landed his first role. Like the supportive parents they are, the entire family relocated to Los Angeles… which, as we all know now, was definitely the right call.

Sandy is very vocal on Twitter about her son. At Kveller, we’re quite familiar with Sandy’s humor: She’s the queen of Jewish mom tweets, so it’s no surprise her son followed in her hilarious footsteps. A former social worker who specialized in teaching parenting skills, Sandy now teaches kundalini yoga.

She tried educating her son about the practice, but it didn’t take. “Me and her did it in my living room once, but I mean, if there’s one thing that’s not relaxing, it’s the sound of your own mother’s voice,” Rogen said in the GQ interview.

Saw this. Thought of my son . pic.twitter.com/pogI4Ue7Y2

As for his dad? He’s not on social media, but Seth described Mark as “weird” and having “a very specific personality,” illustrated by a bizarre sandwich recipe that made its rounds on Twitter: rice cake, cheddar cheese, banana, veggie burger, and mustard.

“This is where I come from,” Rogen reply-tweeted. “Also we’ve had these plates since I was a kid.”

Seth’s parents gave him a very typical Jewish upbringing: They sent him to summer camp, he had a bar mitzvah, and attended Jewish day school. From a young age, he always worked hard, starting with karate class at the Jewish Community Center. He told GQ that when he started, he was the worst of the 25 Jewish kids in his class, all of whom were  were afraid of being bullied.

But three years later, after everyone quit, he rose the ranks and became the best in the class. “And that was always tangible: just by not stopping I became the best one,” he said. “It wasn’t this, like, ferocious leap. I just kept going, and slowly [other] people stopped. Because a lot of people will stop.”

Thank you, Sandy and Mark, for raising the hardworking mensch we all adore. If not for their encouragement of his comedic career, where would Seth Rogen be today? Where would we all be today? We’d rather not think about an alternative timeline sans the cutest, most explicitly Jewish comedian in Hollywood.