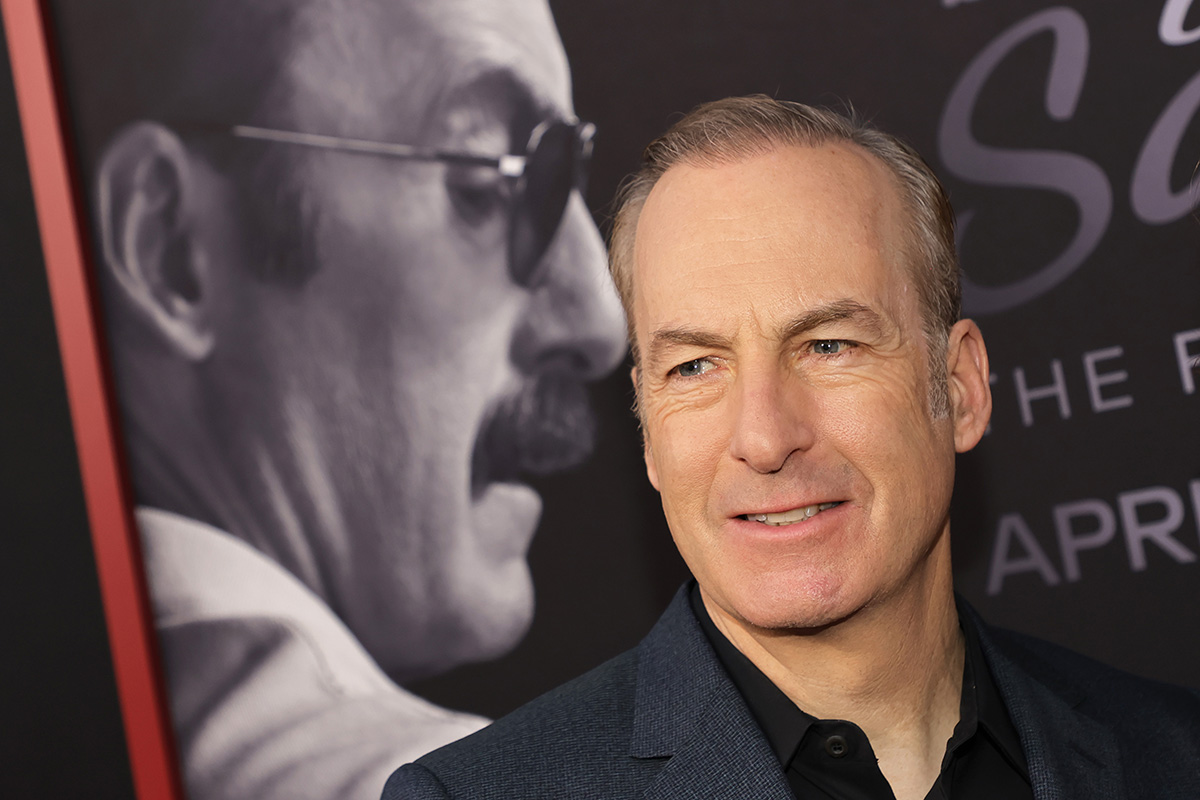 This week marked the ending of “Better Call Saul.” After six seasons, the “Breaking Bad” spinoff prequel just wrapped up with a fabulous finale episode and one final twist, ending (or beginning?!) the story of Jimmy McGill, whom we first met in “Breaking Bad” as comedic relief, and smarmy lawyer Saul Goodman, played by the one and only Bob Odenkirk.

I love Odenkirk for his talent for comedic writing and acting in the cult genius that is “Mr. Show with Bob and David” and for his range in shows like “Breaking Bad” and “Fargo” — but also, for one almost throwaway line about Jewish representation in TV and movies that I can’t stop thinking about.

In the recent constant talk about casting Jewish actors to play Jewish characters, from Bradley Cooper’s “Maestro” to Helen Mirren in “Golda,” and the recent casting of Steve Carrell as a Jewish therapist, I think about something Odenkirk told Terry Gross on “Fresh Air” in a 2013 interview. I feel this quotation is a perfect example of how actors can change what representation looks like on TV and movies for the better.

Odenkirk recounted that when “Breaking Bad” creator Vince Gilligan talked to him about the character for the first time he told him, “‘He’s a sleazy lawyer; his name is Saul Goodman.'”

Odenkirk’s response? “Well, I’m not Jewish. There are a lot of Jewish actors, I’m sure you could find one.”

Of course, playing such a stereotypical Jewish character could be opening a whole can of worms for a non-Jewish actor, but Odenkirk not only said “it wasn’t for me,” but counseled Gilligan to make a more socially responsible casting decision. It really shows what a conscientious person he is. If Goodman were indeed a Jewish man, it would have been important for someone Jewish to play him and for him to go beyond this Jewish stereotype of a money-grubbing lawyer. Odenkirk’s response is also a reminder that actors do have the power to ask for more representative casting.

Gilligan of course, assuaged Odenkirk’s worries and told him the character was just using a Jewish-sounding name and was actually Irish, like Odenkirk (who is half Irish, half German).

In “Better Call Saul,” we discover the reasons Jimmy changed his name, which go beyond the Jew-ish association (“The Jew thing I just do for the homeboys.  They all want a pipe-hitting member of the tribe, so to speak,” according to Goodman) and the fact that it sounds like “it’s all good, man.” The reasons are actually pretty biblical (from Jacob and Essau, to Josef and his brothers — the bible is, after all, a book of great sibling rivalries).

In the last season of the show, Jimmy accuses a local country club of antisemitism when they refuse him a tour (the reasons are, of course, a lot more personal), but both “Breaking Bad” and “Better Call Saul” have no overt Jewish characters or plotlines, despite the fact that Albuquerque has a respectable Jewish population — though one mezuzah was spotted by a diligent viewer in the home of Ted Beneke.

Unlike Saul Goodman and the show, Odenkirk has a really genuine connection with Judaism, which may or may not have influenced his statement to Gilligan about Jewish casting.

“I was raised Roman Catholic,” Odenkirk told the Jewish Journal in 2013, “but I married a Jewish woman, Naomi Yomtov [17 years ago] and our two children are being raised as Jews.”

While he did not convert, he said he sent his children to school at Temple Israel of Hollywood because “I just loved the energy and community there, and that’s where we sent our kids.”

Odenkirk says he has grown quite fond of reform Judaism and its principles. The family celebrates both Passover and both the kids were bar and bat mitzvahed, which Odenkirk “found to be really rewarding and deeply meaningful and moving — more than I ever imagined.”

Wife Naomi and children Erin, 21, and Nate, 23, were all an important part of Odenkirk’s recovery after he suffered a heart attack on the set of “Better Call Saul” last year. His children may also be part of his career after the wrapping of the show.

Odenkirk recently collaborated with son Nate on the Audible original “Summer in Argyle,” and they’ve co-written humor pieces for the New Yorker together.

Professionally, Odenkirk hasn’t completely shied away from Jewish roles. In the excellent and underrated Amazon Original “Undone,” he plays a compelling and complicated Jewish father oh so well.

Still, I can’t help thinking about the fact that he almost didn’t play Saul Goodman because he was worried what the character would mean for Jewish representation. What a mensch.