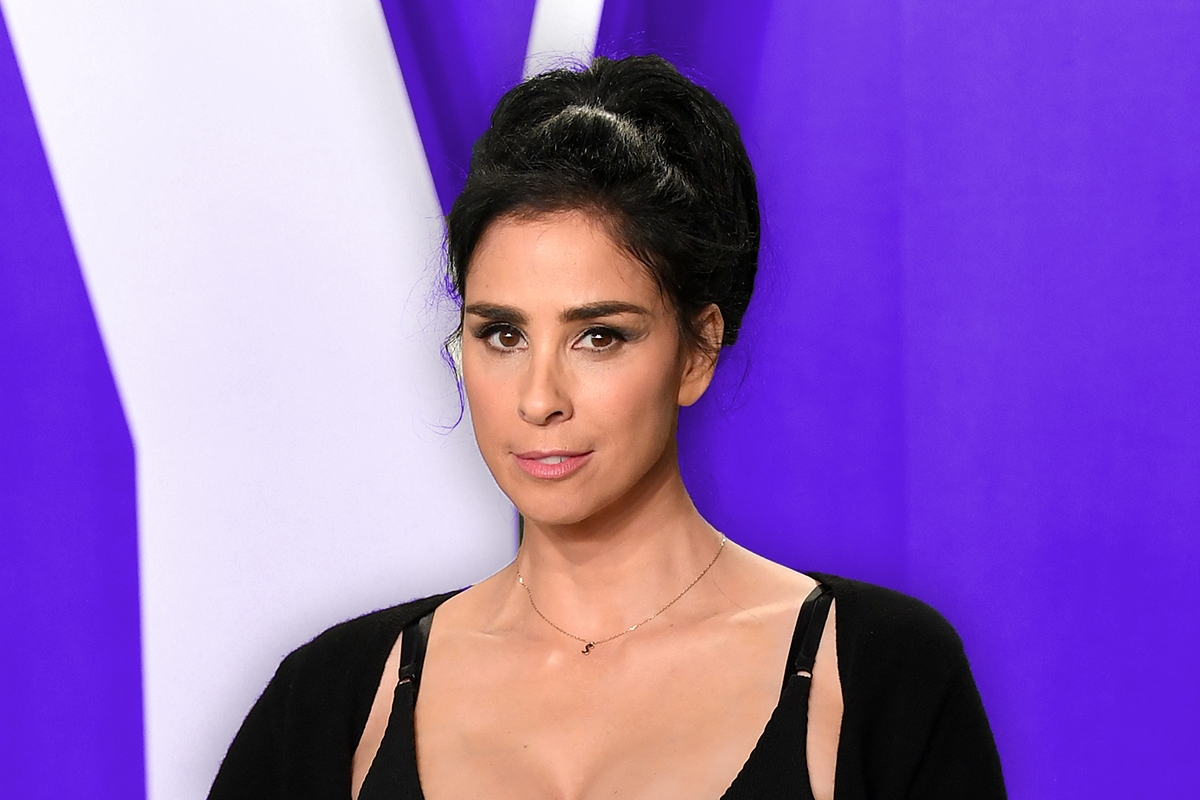 Sarah Silverman comes out against what she calls “Jewface” in Hollywood in a recent episode of her podcast, “The Sarah Silverman Show.” And while the term feels incredibly controversial and perhaps ill-advised, the comedian does make some valid points.

Referring to Kathryn Hahn being cast to play Joan Rivers in the upcoming limited series “The Comeback Girl” — which will be directed by Greg Berlanti — Silverman says that for a non-Jewish actress to accurately portray the Jewish comedy icon, she’d have to do what Silverman calls “Jewface” (which, she then admits, “doesn’t feel good to say”).

“Jewface,” Silverman explains, is “defined as a non-Jew playing a Jew with the Jewishness front and center — often with makeup or changing of features, big fake nose, all the New York-y or Yiddish-y inflection.”

While Silverman does not take issue with Hahn personally — “she’s a brilliant actor and… she’s going to be amazing,” she says — she does take umbrage at how  “Jewface,” as she calls it, has become what she sees as a bonafide and hard-to-ignore trend.

Silverman isn’t the only person who has spoken out about the recent slew of non-Jewish actresses being cast to play prominent Jewish characters. In September, when the casting of Hahn was announced, former Kveller editor Sarah Seltzer wrote about this phenomenon in Time; a similar essay was published at Inside Hook a few days later.

The issue is that roles like Rivers are Jewish to their core — but these real-life Jewish icons are rarely portrayed by Jewish actresses. What’s more, there are countless recent examples of this, from Felicity Jones playing Ruth Bader-Ginsburg in “On the Basis of Sex,” to Margo Martindale and Tracey Ullman playing Jewish feminists Bella Abzug and Betty Friedan in “Mrs. America,” to, yes, Rachel Brosnahan playing a fictionalized version of Rivers in “The Marvelous Mrs. Maisel.”

“It’s the collective of the fact that if there is a role that’s a Jewish woman, which is rare as it is —  but lately it’s been happening —  if that role is a Jewish woman, but she is courageous, or she deserves love, or has bravery, or is altruistic in any way, she’s played by a non-Jew,” Silverman previously explained to Howard Stern last year.

By contrast, when we do see strong, compelling Jewish women on TV being played by Jewish actresses, they’re usually on shows by creators who are themselves Jewish women. Look no further than “Crazy Ex-Girlfriend” (created by Jewish mama Rachel Bloom) and “Broad City” (by Jewish women Abbi Jacobson and Ilana Glazer).

“In a time when the importance of representation is seen as so essential, and so front and center, why does ours constantly get breached, even, today in the thick of it?” Silverman asks her listeners this week. It’s a fair question. Is it the most important question to ask when it comes to representation on TV and film? Of course not. But it still doesn’t mean that it’s wrong to ask.

Silverman goes on to relay a personal anecdote about having a non-Jewish actress replace her in a very Jewish role. “I’m not proud of this at all,” she says. “But I was fired from a movie not long ago where I was going to play this very Jewish, Jewy character and a wonderful character. And I got fired because the producers, when they went to maybe put out a press release, they saw a still of me in blackface from when I was in blackface [on] ‘The Sarah Silverman Show.’ It [the comedy sketch] was literally about race and racism and I was the ignorant one [in the show] and also I was the ignorant one in life.”

“I don’t stand by the blackface sketch,” she told GQ in 2018 about the 2007 episode of her Comedy Central show. “I’m horrified by it, and I can’t erase it. I can only be changed by it and move on.”

The role Silverman refers to on her podcast was later played by a non-Jewish actress, and Silverman says, “Just watching her ‘glay vey I’m plotzing over here,’ AKA Jewface, it was, I don’t know, ironic. Fitting, maybe? Watching a gentile actress playing a Jewy role felt — I don’t want to say ironic, [but] it was ironically fitting? I guess it showed me.”

While it’s true that I’ve raised my eyebrows at some casting choices (Wendy McLendon-Covey as Beverly Goldberg, anyone?), I think Silverman’s use of the term “Jewface” doesn’t quite add up. Blackface, after all, is a virulently racist, 200-plus year trend that started in minstrel shows that, for years, not only kept Black people off the stage and screen but also perpetuated debasing, dehumanizing notions about Black people — and it was unequivocally harmful to the people it was trying to portray. While there were, in fact, Jewish minstrel shows in the early 1900s, most of them were actually performed by Jews.

In fact, many minstrel performers in the early 20th-century who wore blackface were Jewish, including perhaps the most iconic one of all, Al Jolson, who starred in “The Jazz Singer” — a movie that helped popularize blackface all over the country. So perhaps Silverman may want to be more cautious with using terms like “Jewface.”

Yes, these performances of Jewish characters by non-Jews are sometimes offensive. I agree with Silverman about the cringey nature of watching even the best non-Jewish actresses play these roles. I mean, I’m a huge, huge Margo Martindale fan, but watching her play someone so incredibly and so specifically Jewish as Bella Abzug just left me with a bit of a bad taste in my mouth. But, as Silverman admits herself — unlike blackface, “Jewface” is not unequivocally a bad phenomenon. She, too, confesses to enjoying some of these non-Jews-playing-Jewish-women roles, like Valerie Harper’s Rhoda, and she’s admittedly a fan of Brosnahan’s and Hahn’s work.

We love them too! I adored Hahn as the vulnerable and reverent Rabbi Raquel in “Transparent,” for example. And yet, there’s always a touch of discomfort, too; a feeling of, “Why can’t we see these amazing Jewish characters played by actual Jews?” After all, it is incredibly validating to see a Jewish character acted by a Jewish actor — to see someone with a direct connection to your ethnicity, to your culture, to your religion — play a strong Jewish woman.

“None of these actresses are doing anything wrong but, collectively, it’s fucked up,” Silverman explained in her podcast.

I agree with some — though not all — of what Silverman is saying here. Listening to her words, I couldn’t help but think of Bob Odenkirk, who originally refused the role of Saul Goodman in “Breaking Bad” because he wasn’t Jewish. (Though, of course, neither is the character Saul, as Odenkirk was told after his initial refusal — and which is why the actor ended up taking the role.) I also thought of Jenny Slate, the Jewish actress who recently relinquished the role of Missy in “Big Mouth” because she realized that, as a white Jewish actress, it was not right for her to have this role.

Let’s remember that successful actors have the privilege to stand up and demand representation — and we should applaud their efforts when they do so. Though the main problem lies, of course, with this mainstreamed desire to “whitewash” ethnic characters — to insert the buffer of non-Jewish actresses to make these characters more palatable — be it a conscious effort or not. Is Jewish representation the most pressing issue in Hollywood? Of course not. But would it feel nice to see showrunners and moviemakers leaning into it when casting for the roles of fictional and historical Jewish women.

I’d love to see more Jewish actresses play Jewish women on screen — and there’s a senes that the tide is, perhaps, slowly changing. Recently, for example, Shira Haas was cast Golda Meir in the upcoming “Lioness“, and Natalie Portman will play a strong Jewish mother in the upcoming adaptation of “Lady In the Lake.” Hopefully, someday soon, there will be a new trend piece to write about this.