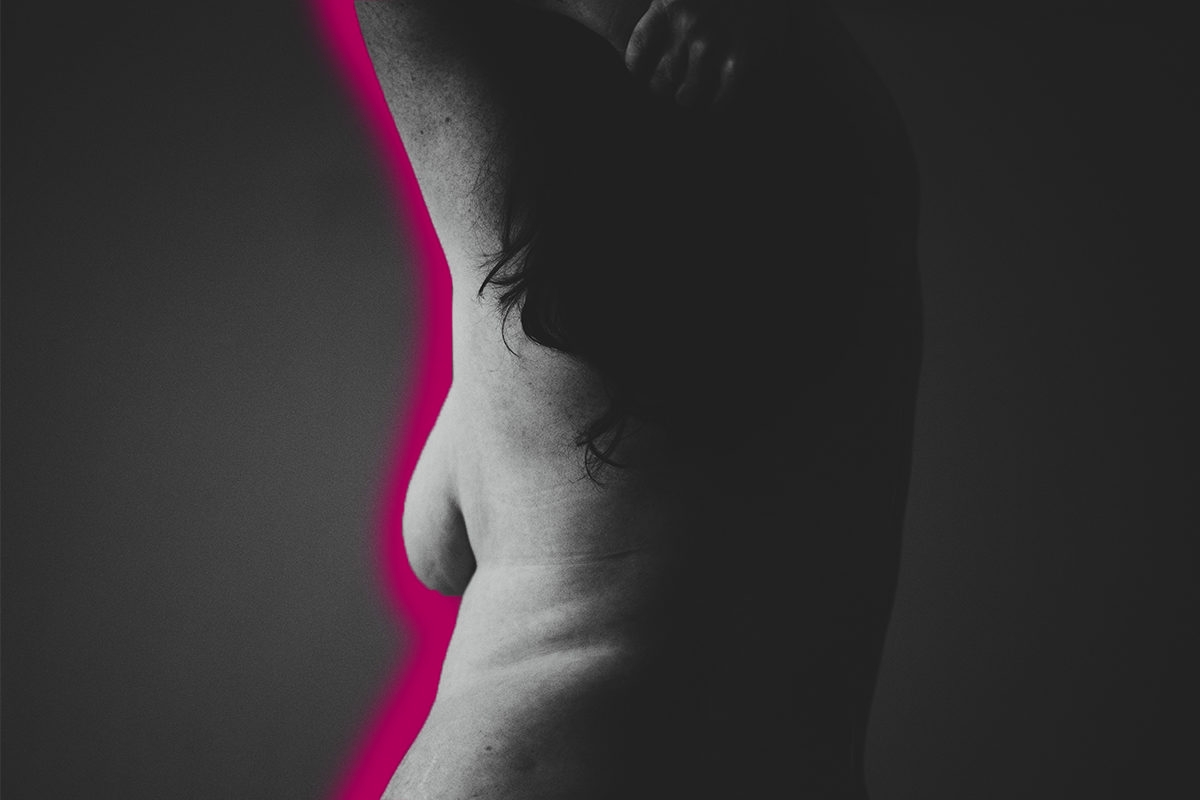 For someone whose mother had breast cancer — twice — I must confess that I was not exactly a role model of early-detection screening. I hadn’t the foggiest clue how to tell the difference between fibrocystic breast tissue and a breast mass. I’d procrastinated more annual mammograms than I’d like to admit.

And, the truth is, I toyed with the idea of BRCA testing for many years before I finally decided to take the plunge and learn my genetic risk.

Intellectually, I knew that having a mother with two separate breast cancers before the age of 55 (the first at the young age of 39) didn’t bode well for my own risk. Nonetheless, I preferred to listen to the narrative she once told me: that her cancers were quite likely a “fluke,” related more to poor dietary choices than gene pool. After all, my maternal grandmother had been one of four sisters, only one of whom had a late-life cancer. Surely, I told myself, if I were in a high-risk category, breast cancer would have figured more prominently in my family tree.

When I was 36, I started seeing a new gynecologist, who reviewed my family history and sent me for genetic counseling. There, I learned that my mother’s breast cancer risk may have been passed down through my grandfather, who was one of four brothers (and whose mother had died at a young age of an unknown illness). Still, I procrastinated getting tested. I needed to renew my life insurance first, I told myself. And I didn’t want to be tested unless I felt ready to pursue prophylactic treatment — no point in having information just to cause anxiety, unless I was going to act on it. Plus, I was still reeling emotionally from a devastating stillbirth the year before. Coping with that loss, parenting my living son, and beginning to pursue adoption to grow our family consumed my emotional energy. I was not ready to face another major life hurdle.

In the spring of 2018, shortly before my 40th birthday, an acquaintance told me about the BFor Study through Memorial Sloan Kettering Cancer Center, which provides free BRCA testing for people of Eastern European Jewish descent. The process seemed simple enough and she was persuasive, so I decided to stop making excuses and give it a shot. I filled out a form online, and was contacted with the suggestion that I have more extensive genetic counseling and screenings because of my mother’s history. The process moved forward, slowly but methodically over the ensuing months. In November,  I met with a genetic counselor at Sloan and had my blood drawn for a panel of genetic tests, including BRCA testing.

Still holding out hope that my mom’s cancers were the “fluke” she had hoped, I told the genetic counselor that I didn’t want to trek into the city for a follow up appointment unless my results were positive. We settled on a scheduled phone appointment for her the share the results, with the promise that I would come in for an in-person meeting if the tests showed a genetic mutation.

So on a Thursday in early January, I closed my office door to take the call from the genetic counselor and physician. “The results came back with a BRCA1 mutation,” she said. I wrote it down and asked her to repeat herself several times to make sure that I’d heard her correctly. I had.

We briefly reviewed follow up options and she offered to transfer me to the front office to schedule my in-person appointment. I agreed — focusing on the tasks to be done was easier than facing the emotions of what I had just learned.

The next several weeks were a whirlwind of appointments — I met with the genetic counselor; my regular gynecologist and imaging center to get up-to-date with my routine pelvic exam and mammogram/sonogram; and a gynecological surgeon at Sloan Kettering regarding the recommended prophylactic removal of my ovaries and fallopian tubes. I breathed a sigh of relief when my breast mammogram and sonogram reports came back with the words “no mammographic/sonographic evidence of malignancy.” I felt reassured that my procrastination hadn’t caused anything problematic to be overlooked.

Nevertheless, I scheduled an appointment with a breast surgeon at Sloan Kettering to discuss prophylactic treatment options. The day before that appointment, I got a call from someone at Sloan saying that their radiologist had reviewed the breast imaging I’d had done through the local imaging center and noticed an “asymmetry.” They scheduled me for additional imaging with their team, just to be safe.

While the staff at Sloan did their best to be comforting and reassuring, the speed with which they managed to schedule me in for the follow up mammogram/sonogram, and resulting biopsy and breast MRI told a different story. A week later, I was back in the breast surgeon’s office, this time discussing a diagnosis of triple negative breast cancer, an aggressive form of the disease often associated with BRCA1 mutation.

The good news was that the imaging didn’t show any visible cancer in my lymph nodes. The difficult news was that, based on the size and type of tumor, four months of chemotherapy were recommended before a bilateral mastectomy. While this was certainly a lot to take, I couldn’t help feeling exceptionally lucky. Were it not for the BRCA testing — which connected me with the Sloan team — I would have gone forward with the mistaken belief that my annual mammogram was normal. I might not have known to seek treatment until it was too late for a favorable outcome.

While there are no guarantees in life, today I sit here, a little over a week after my mastectomy, with a surgical pathology report showing a complete response to the chemotherapy. I’m looking forward to getting back to work in a few weeks, and to chasing my 1-year-old around the playground. None of us can know for sure what the future holds, but I told my 10-year-old that someone needs to be around to tell his future spouse embarrassing stories about him…and I intend for that someone to be me.

Thanks to some timely testing and careful doctors, I have reason to hope that I will get that opportunity.