Can Jessica Mulroney Be Godmother to Meghan Markle’s Baby? – Kveller
Skip to Content Skip to Footer

Can Jessica Mulroney Be Godmother to Meghan Markle’s Baby? 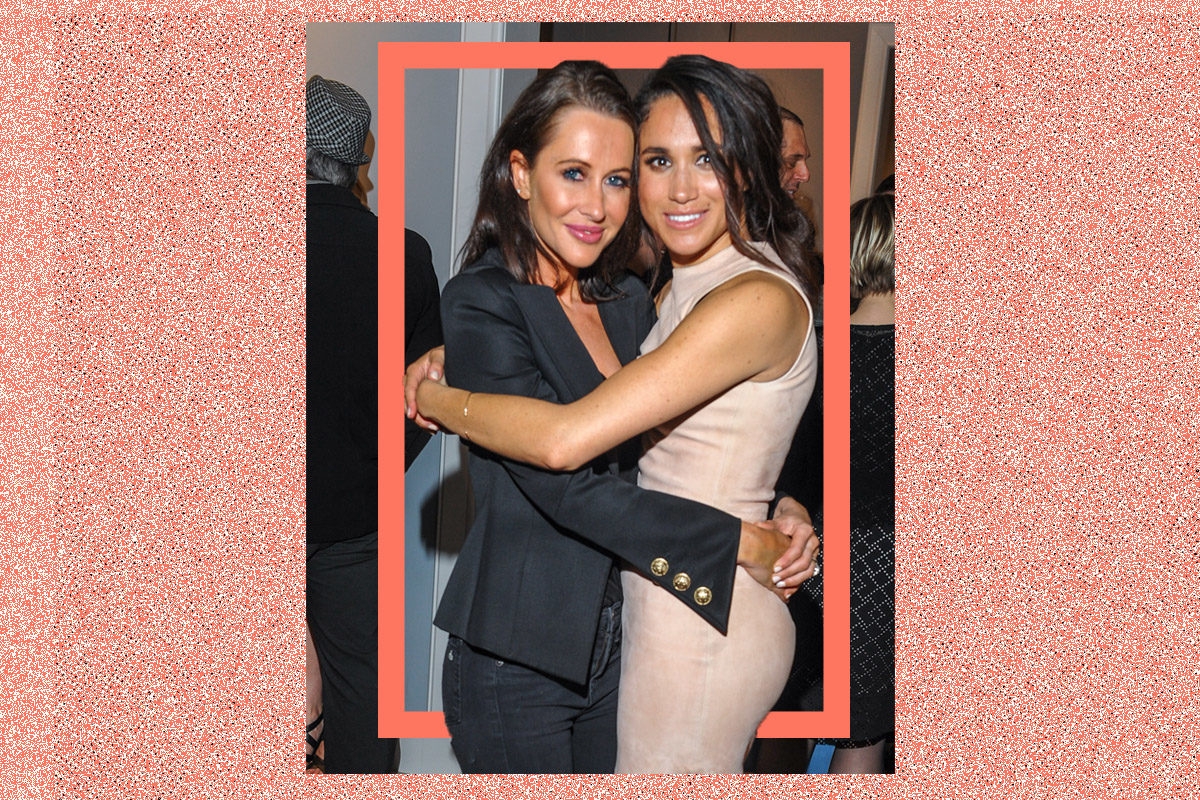 Stylist Jessica Mulroney, as you likely know by now, is a Canadian Jewish mom who just so happens to be BFFs with Meghan, Duchess of Sussex. (You may recall how she and her kids were at the center of last year’s royal wedding.)

Given how tight the two women are, it’s only natural she’s the assumed frontrunner to be named godmother to Archie Harrison, Meghan and Prince Harry’s son.

Just why are we writing about a royal christening at a publication intended for Jewish parents? Well, a christening is also when a baby’s godparents will be announced — and there’s been much speculation over whether or not Mulroney will be named one of the godparents. (There will reportedly be six.) Mainly, the sticking point is that Mulroney is Jewish. Can she even be a godmother?

The answer is: maybe. First, let’s turn to My Jewish Learning: “In the Christian world, it’s generally held that the godparents of a child are the people responsible for ensuring the child gets a Christian education if something should happen to the child’s parents. Godparents often have a key role at a baptism ceremony. The godparent’s function is intrinsically Christian, and as a result, for many Jews, the idea of designating godparents seems very un-Jewish.”

FWIW, however, some Jewish denominations are starting to have godparents as more of an honorary role. So it’s not totally just a Christian thing. But this particular christening is taking place within the Church of England, of which the baby’s great-grandmother — the Queen — is the head. (Which, OK. Let’s just pause and acknowledge how weird that is.)

On the website churchofenglandchristenings.org, the guidelines state that the godparents “should feel ready to make some big promises about faith for your child in church,” and “because of the very special role they have in supporting your child’s faith journey, godparents must be baptized themselves.”

OK, so, back to Mulroney.

She married her husband, Ben Mulroney (who is the son of former Canadian Prime Minister Brian Mulroney) in an interfaith ceremony which included a Roman Catholic official alongside a rabbi. Now, we can’t say for certain, but we can’t find anything online to say she’s been baptized, and, by all accounts, Mulroney is still is Jewish.

So will Meghan buck Church of England tradition and name her BFF a godmother? After all, she’s been a loyal friend, supportive of Meghan’s projects, an A+ stylist, and so much more — and this wouldn’t be the first time the Duchess breaks with royal protocol.

Alternatively, if Mulroney is not named, will her Jewishness be the reason behind it?

Our sources tell us that one of two scenarios is likely: Either Mulroney will be named Archie’s godmother, or she won’t. (We are not royal reporters, OK? Sue us!) But since the royals live under such an intensely bright spotlight, there are literally bets being placed on who will be named godparent — and guess who’s got all the others beat?

“Meghan’s best friend Jessica Mulroney, the Canadian stylist and Meghan’s right-hand-woman, is odds on for godmother. Ladbrokes bookmakers give her a 1/7 shot at taking the title,” explains this Express article. Alex Apati of Ladbrokes, an online betting site, said: “Jessica Mulroney… [is] seemingly nailed on to be Archie’s Godparents but we wouldn’t be surprised to see some famous faces given the honour.”

Whatever happens we’ll be sure to update you, and no matter what, we’re confident that Mulroney will play a major role in Archie’s life. We’ll place a bet on that!