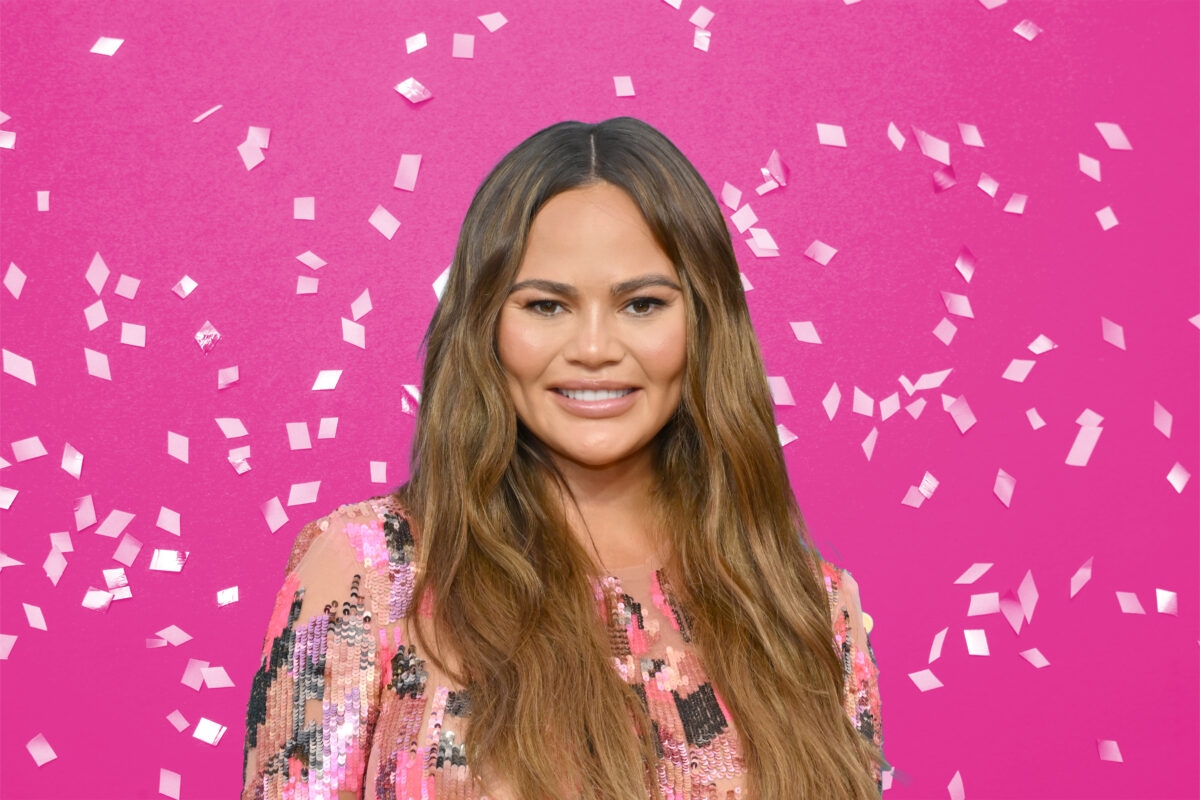 via Michael Buckner/Variety via Getty Images

Chrissy Teigen has been leaning into her Jewish heritage a lot these past years. Back in 2021, she revealed that her paternal grandmother, Ruth Schaeffer, was Jewish. The actress, who has collaborated with Jewish chef Adeena Sussman on cookbooks, also celebrated Hanukkah and Shabbat for the first time that year.

So maybe it shouldn’t be a huge surprise that Teigen, 37, gave her newborn daughter, who was born on January 13, a pretty Jewish name — Esti Maxine (two “old lady” names! We love it!). Big siblings Miles, 4, and Luna, 6, and dad John Legend are already in love, and we have to say that little Esti is just so cute.

Teigen hasn’t yet shared if there’s a meaning behind the name, but Esti is often short for the Jewish biblical name Esther — the queen of the Purim story. The name can also be short for Estelle, another lovely grandmother name — with Occitan roots — that means star. I definitely know quite a few Jewish grandmothers named Estelle.

There are quite a few famous Estis, especially in Israel — supermodel Esti Ginzburg, actress Esti Zakheim, “Bnot Brak” star Esty Sokolovski, to but name a few. The Israeli version of “Ugly Betty” was actually named “Ugly Esti” (“Esti Ha’Mechoeret”) — and other fictional Estis can be found in “Disobedience” (played by Rachel McAdams in the movie adaptation) and in the Israeli French TV show “Possessions.” Esti is the name of Matisyahu’s youngest daughter, who was born in 2020. We all love Este Haim, the oldest sister of the rock group Haim and, then, of course, theres Jewish makeup mogel Estée Lauder (born Josephine Esther Mentzer).

Unfortunately, the word esti also happens to be a curse in Quebec, which, once Teigen announced the name, folks on Twitter made known. As Mike Shaar writes for the local publication MTL Blog, “directly translated from the Catholic ‘host,’ ‘Esti’ or ‘Ostie’ is a catch-all term that Quebecers reserve for when things just don’t go our way. Slipped on some ice? ‘Esti!’ Missed the bus? ‘Esti!'”

Hm. A curse derived from Catholicism that’s also a common Jewish name? Interesting. My condolences to all the many Jewish Estis who may be discovering this information now.

I still maintain that Esti is a gorgeous name. (Though Ruth would have also been a lovely option. Just sayin’!) Either way, we are really excited about the resurgence in popularity of Jewish grandparent names — and we’re sure baby Esti will help make them even more popular.

Mazel tov to Chrissy, John and the rest of the family!