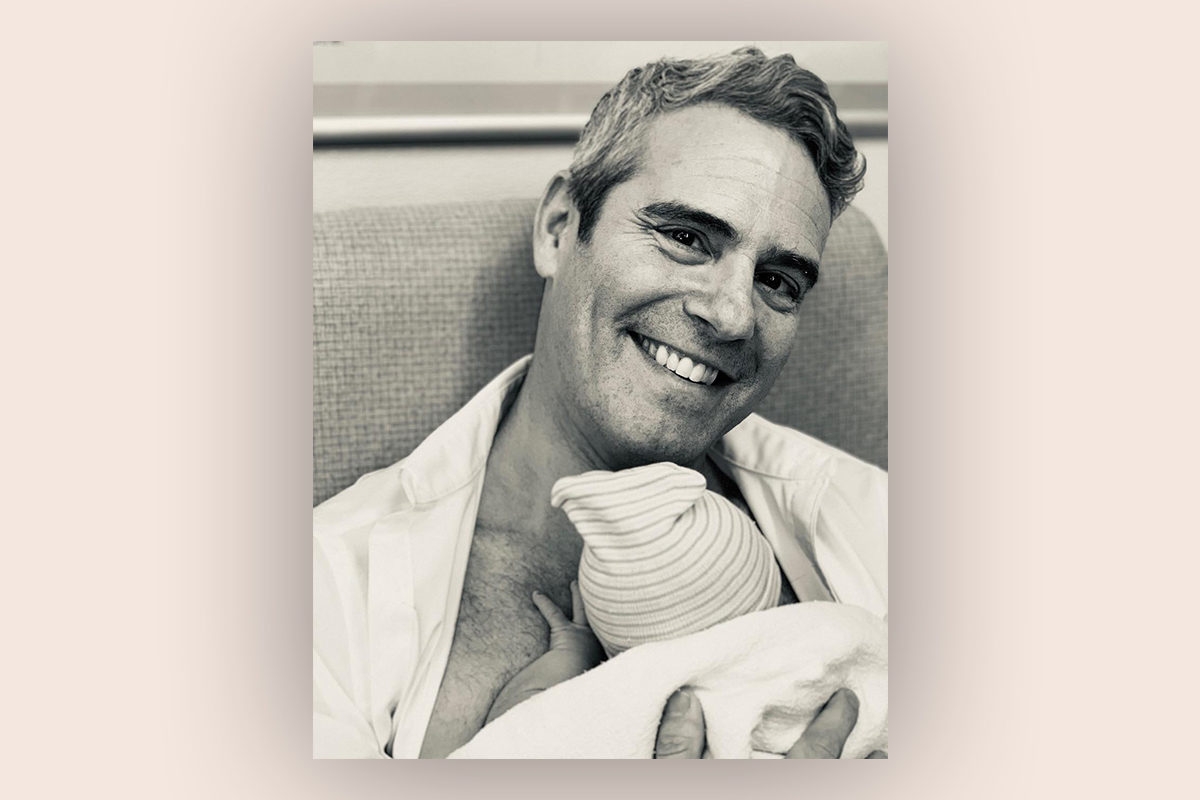 Andy Cohen is finally a dad! The Jewish TV personality told the world in December he was expecting a baby via surrogate (watch the heartwarming announcement here), and then, and on New Year’s Eve, he declared to Anderson Cooper how he was so excited for his “Semitic baby.”

Well, his Semitic baby is finally here! (And well-timed, too: Just last week, the Real Housewives threw him a seriously epic baby shower.)

Weighing 9 pounds, 2 ounces, Cohen’s son was born via surrogate at 6:35pm on Monday, February 4. Cohen posted to Instagram, “I’m in love. And speechless. And eternally grateful to an incredible surrogate. And I’m a dad. Wow.”

Benjamin, of course, is a very Jewish name. It means “son of right hand,” and it finds its origins in the bible; Benjamin was the youngest son of Jacob, and one of the 12 tribes of Israel.

Cohen is clearly very on trend — Benjamin is also one of the hottest Jewish baby names of 2019.

Naming a baby after one’s grandfather also very much in line with Jewish tradition — among Ashkenazi Jews, it’s customary to name their babies after deceased relatives to honor their memory. (In Sephardi Jewish tradition, it’s the opposite; Jews name their children after living relatives.)

WOW! This is my son, Benjamin Allen Cohen. He is 9 lbs 2 ounces !! 20 inches !! Born at 6:35 pm, PT He is named after my grandfather Ben Allen. I’m in love. And speechless. And eternally grateful to an incredible surrogate. And I’m a dad. Wow. ♥️🌈

Cohen has said, “I just never thought it would be possible, as a gay man, to grow up and have a family.” And look at him now! Now he’s a dad, staring his very own family.

Mazel tov, Andy! We wish you and Benjamin nothing but the best.