Everything Is Copy in Jennifer Weiner's Latest Novel 'Mrs. Everything' – Kveller
Skip to Content Skip to Footer

Everything Is Copy in Jennifer Weiner’s Latest Novel ‘Mrs. Everything’ 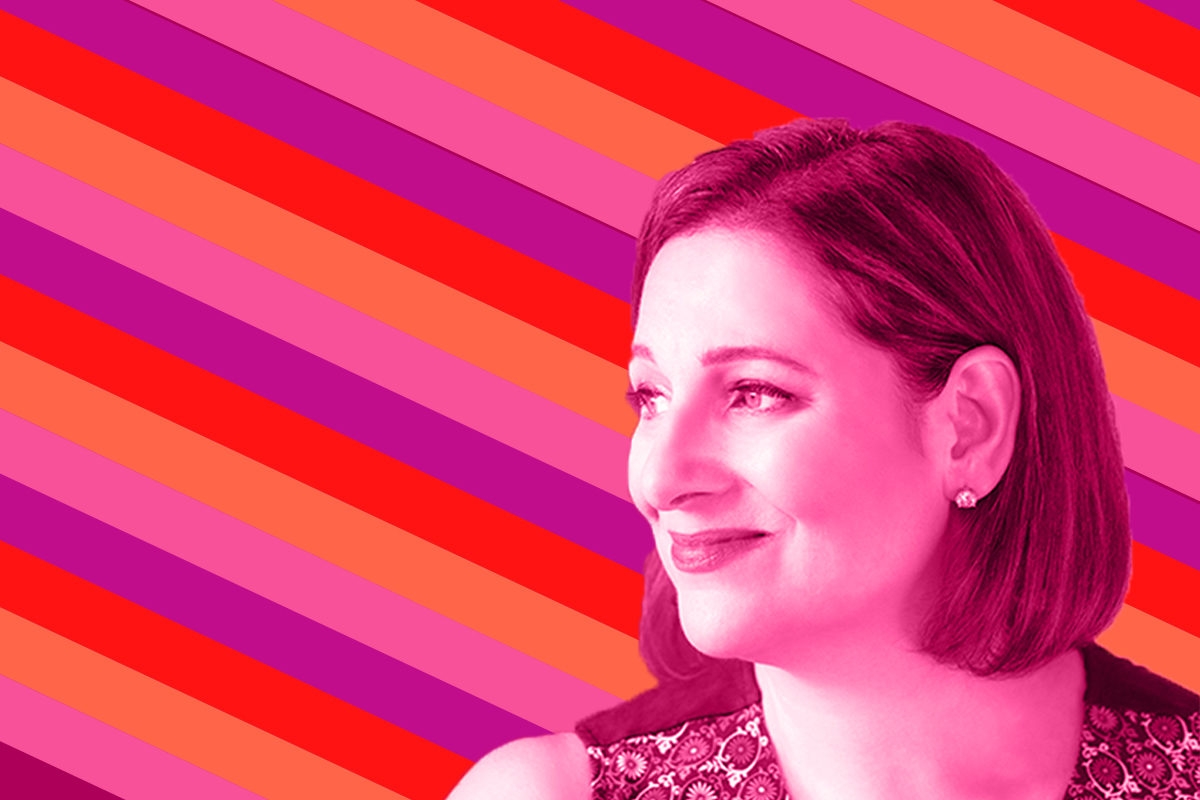 Jennifer Weiner’s newest novel, Mrs. Everything, is her most ambitious work yet. Spanning the 1950s through 2016, it tells the tale of two sisters, Jo and Bethie, who grew up in a Jewish family in Detroit.

Though historical in nature, the novel addresses issues that we’re grappling with today — including sexual assault and reproductive rights — and refracts them through the tale of these two sisters. Mrs. Everything, Weiner explains, deals with the idea of history as a circle. “Are we always fated to enact the same struggles over and over again? Are my granddaughters going to be marching with posters that say, ‘My Body, My Choice?’ What does it really take to make lasting change and to bring meaningful progress?”

Ahead of the publication of Mrs. Everything on Tuesday, June 11, Weiner spoke with Kveller about topics ranging from white feminism to what it was like to have her mom read the book.

I always had this idea that I was going to try to write about my own mother’s life. In my very first book, Good In Bed, there is a character who is a version of my mother, but it’s the very comic version of my mom. It’s a woman who is married and falls in love with a woman, [but] that was mostly the story of how her kids reacted to that, and she never took the stage. I always knew that I wanted to go back to that character and tell her story more completely.

The book spans a long period of time. What was your research process for writing about American history?

Well, God bless the Internet. I definitely wanted my characters to be aware of — and be experiencing — all of these major moments of history. But my editor would say, “We’re getting a little too Zelig here.” You can’t have a character show up at Woodstock and the Vietnam protests and the civil rights marches, you know? There had to be a balance between them being actors in these events and just sort of observing them. That was part of the process: doing all of the research to understand an event, and then deciding how involved I wanted my characters to be.

Throughout the story, the sisters switch roles. Jo goes from activist to housewife, and Bethie goes from desiring a traditional life to living a nontraditional one. Why did you give them these arcs?

[With Bethie’s assault], I wanted to show how that’s something that a lot of women go through, and what that can do to you. It can make you very angry and self-destructive, or you can sort of turn that anger toward the world and toward the systems that that hurt you, and that oppressed you, and try to remake them.

Mrs. Everything deals with so much that is in our current conversation, from abortion to sexual assault, and the ways in which you write about these issues feel so true to our present, even though the novel is largely set in the past.

I feel like these stories are timeless in a very depressing way. I marched for abortion rights in college in 1990. And, here we are, like 30 years later, and I’m pretty certain that my daughters are going to be marching for abortion rights when they’re in college. Even as we gain awareness, and gain the language with which we talk about these things, I think that the underlying structures that that make assault and abuse possible haven’t been toppled. What’s it going to take to break the wheel, so to speak? How are we going to remake the world so that this doesn’t keep happening?

I wish we knew the answer.

I know. I mean, I honestly think that you can’t solve a problem until you name it and have words for it. I don’t think we would be as aware of all of the abuses if it wasn’t for the #MeToo hashtag.

It’s so tricky because I think the work of white feminism was: Let’s get women equal to men. Let’s get them into the same positions of power. Let’s open up the same avenues toward the top of the corporate ladder. Now that we know those roads are open, now let’s take a look at the structures that are still making women choose, “Do I want to have children or do I want to really pursue my passions, the way that men do, knowing that somebody will be at home taking care of everything for me?”

There’s so much work to be done about work, home life, and balance between the genders. I hope that telling the truth about our lives — “this is what really happened to me, this is what it really felt like, this is what I dream of for my daughters” — that’s what’s going to get us there.

What was the process of basing Jo, one of the characters, on your mom?

I took the outlines of her life, going from Detroit to Ann Arbor to Connecticut. And a lot of the specifics of those places — I would call her and ask, “Where would like the fanciest restaurant that a guy would take a girl to in 1962?” And she’d respond, “Why are you asking me this?” But Jo’s inner life is very much my own invention.

What was your mom’s reaction to the book like?

When I gave it to her, I was so nervous. I told her, “One of these characters is based on you, and I’ll change anything that you’re uncomfortable with.” And she writes back, “I don’t know what you’re talking about. I never dropped acid. I’m not Bethie.” I’m like, OK, friend. So yeah, she seems OK.

It seems like Judaism and Jewishness are fundamental to the characters towards the start of the story, and it becomes less important as they grow up.

I do think, yes, there’s definite assimilation. My grandparents kept a kosher house, and my mother didn’t, and I don’t. But, you know, we belong to a synagogue, we light the candles Friday night, one of my daughters has been bat mitzvahed and one of them is getting ready to. I believe that Jewish values underlie both of the women’s lives and inform some of their choices. Even though they’re not as observant, or they’re not in as tight of a Jewish community as [their mother] Sarah was.

I think a lot about the concept of tikkun olam, and how it’s our job to repair the broken world. Both Jo and Bethie are on that mission. With Bethie, it’s her activism, and with Jo, it’s telling the truth about who she is and finally finding the courage to live authentically and trying, then, to heal whatever damage has been done to her children.

There’s Jewish wisdom and Jewish values woven through the entire book. Jewish readers are going to see it and notice it, and maybe non-Jews not so much. But I think it’s there, and I do think of Jo and Bethie as very much Jewish characters.

What do you hope readers take away from Mrs. Everything?

I want them to put it down and think, “Oh, wow, that was that was a great ride.” I always want my readers to be entertained. But, I would say with this book, I [also] want them to come away thinking about women in America. At this moment, where reproductive rights are once again on the chopping block, where it looks like some of the advances that we’ve made in LGBTQ acceptance are under attack, and where there’s this alt-right nationalism with this kind of push for women to have more traditional roles, I want them to think about where we are, where we’ve been, and where we need to go.

Image of Jennifer in header by Andrea Cipriani Mecchi.