For the Jewish Creators of 'Unorthodox,' Motherhood Was the Driving Force – Kveller
Skip to Content Skip to Footer

For the Jewish Creators of ‘Unorthodox,’ Motherhood Was the Driving Force 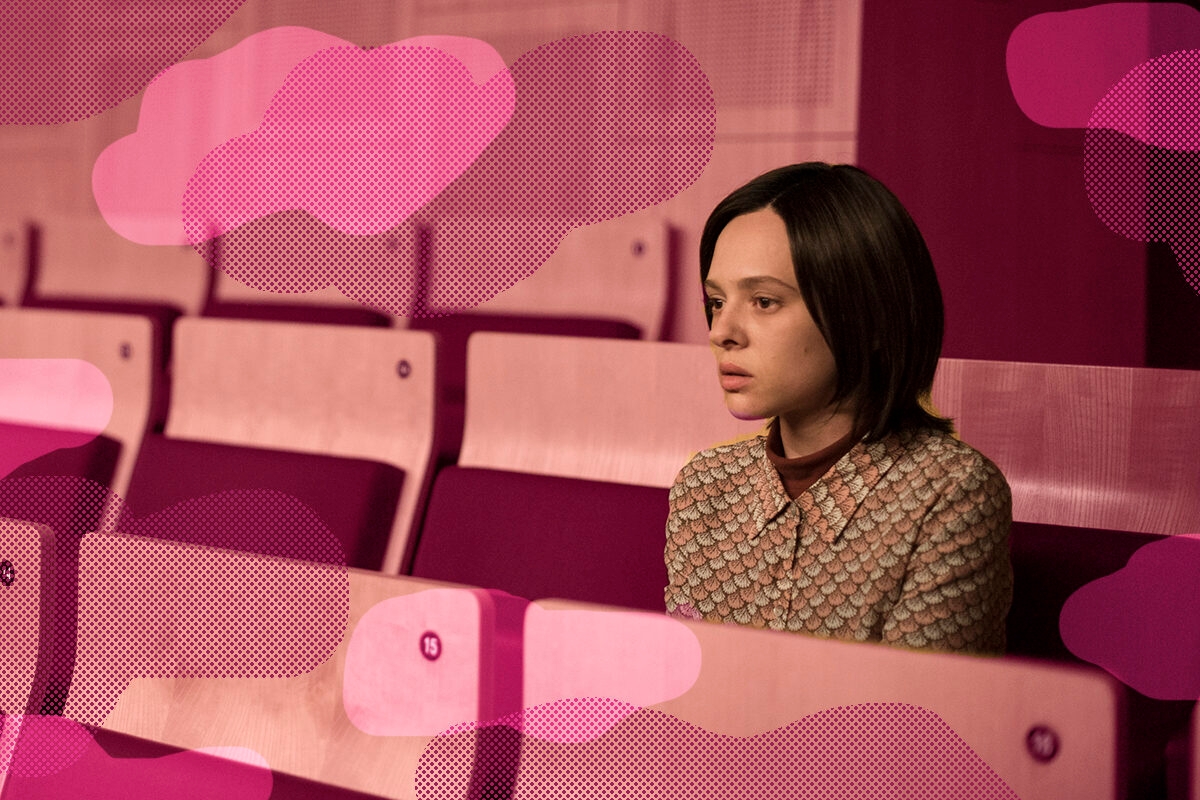 It’s been eight years since Unorthodox, Deborah Feldman’s bestselling memoir about her experience with leaving the Satmar ultra-Orthodox community in Brooklyn, came out, and when I ask her what the book means to her today, she doesn’t hesitate.

The book, which was adapted into Netflix’s Emmy-nominated miniseries of the same name, is, for Feldman, “that which bought me my freedom, my son’s freedom. That which made leaving worth leaving, because I left for him… If not for the book, I would not have my son with me today.”

Unorthodox, in book and TV form, has both enraged and enraptured readers and viewers from all faiths and denominations across the world. It’s offered insight into a world many will never have access to while telling a universal story of leaving one’s home and community to forge a unique, individual path. But when the book originally came out, it had a singular, utilitarian purpose for Feldman: to get custody of her son.

While in the show, Esty Shapiro, Feldman’s fictional counterpart is SPOILER ALERT pregnant, in real life Feldman already had a young child when she left the Satmar community, and she knew that it was rare for a person in her situation to get primary custody of their child — but for her, staying with her young son was paramount: “I went to see a lawyer who I had gotten connected to through a friend at Sarah Lawrence, in order to plan my exit,” Feldman tells me in a Zoom conversation from her home in Berlin. “The lawyer said to me… in the end, the only thing that will give you a shot at custody is sustained public attention.”

For Feldman, who studied writing at Sarah Lawrence, the only way she could conceive of doing that was writing a book, laying bare her life in the closed-off Hasidic sect —  a rare glimpse into a community that keeps to itself. “And it was exactly that which got me custody… The day that I was going to go on The View with Barbara Walters, my lawyer reached out to their lawyers and said you either sign the papers, or we tell America — and I got the papers 10 minutes before I went on The View.”

With such a literal motivation, perhaps it should be no surprise that motherhood is the central driving force behind Unorthodox — the book, but also the Netflix series that premiered in March of this year, which stars a fictional version of Feldman, Esty Shapiro, played by the sensational (and now Emmy-nominated) Shira Haas. In the show, it is Esty’s estranged mother, who lives in Berlin, who helps her leave her Brooklyn home for the German capital (in real life, it was Feldman’s mother’s British nationality that helped her make a home in the same city — albeit a few years after leaving Brooklyn). In the second episode of the series, we discover that Esty is pregnant.

“She’s not just [leaving her community] for herself. She’s doing this for her child,” Anna Winger, the show’s co-creator, tells me. “That’s very important. There’s a very important conversation with her [Esty’s] mother at the end, where she understands that her mother didn’t want to be separated from her, but… there was nothing she could do. That arc is really important to us.”

“Because it’s like, once you have children, you would just do everything for them. It’s a completely different way of looking at the world,” Winger, who is a mother of two, adds.

“My career as a writer is entirely a product of having children,” Winger tells me, on breaks between pandemic parenting. Her first published piece, which recounts her experience celebrating Passover in Berlin (she moved there for love — her husband is German), was published after she had children. Her first book, and her first TV show, which she co-produced with her husband, all came out after she had kids as well.

It’s a concept that’s a little bewildering to hear as a woman who has always internalized motherhood as the ending to so much — freedom, dreams, independence. We tell women that being a mother is about abandoning one’s selfhood, sacrificing it at the altar of these precious little beings that bring light and love and exhaustion into our lives. But when I watched Unorthodox as a new-ish mother myself, I kept thinking about the old put-the-oxygen-mask-on-yourself-first metaphor: how taking care of your own needs, of finding yourself, so that you can be a better, more fulfilled human, will ultimately allow you to be a better parent for your child.

For the show’s other co-creator, Alexa Karolinski, the journey towards motherhood and professional achievement also coincided in a strangely apt way. Karolinski was pregnant with twins during the entire production of Unorthodox, the first TV show the Jewish Berlin-born filmmaker helmed. You can actually see her, and her pregnant belly, in one scene. She gave birth the day after production wrapped.

Her first pregnancy coinciding with her first show was, for the talented documentary creator, kind of a relief: “I just really didn’t have time to think about everything that could go wrong, you know? I’m an anxious and anxiety-prone person, but I feel like, for me, that was really, really good how I was so busy. And to be around all these great people and think about Esty’s story… it really took my mind off should also like should I have a C-section or natural birth; all of these kinds of things that people think about when they’re pregnant with twins, you know?”

Just as motherhood connected Winger and Feldman, it also was the thing that brought Karolinski and Feldman together — though in a much less straight-forward way. Just like Esty in the show, Feldman was raised by her grandmother, a Holocaust survivor. After moving to Berlin, Feldman, who was a mother to a young kid, couldn’t go out at nights, so instead, she opened her door three times a week to friends and strangers, hosting dinners. These guests would bring with them little treasure offerings — music, films, art. One night, someone Karolinski’s feature documentary, Oma & Bella, to screen after dinner.

Upon watching, Feldman tells me she bawled her eyes out. The movie is about Karolinski’s grandmother and her best friend, Bella; their experiences with surviving the Holocaust and cooking Eastern European Jewish staples reminded Feldman so much of her own bubbe. “I was blown away by the intensity and the sensitivity of that film. I was like, who is this woman? I have to meet this woman!” Feldman tells me.

Watching that movie is part of what helped Feldman trust Karolinski and Winger in bringing her book to the screen for the first time. For years, the three women, who became friends, joked about adapting Feldman’s book: “It was just something we laughed about. It’s just funny that every time we would meet afterward, the joke seemed like less of a joke. And then at some point, I realized, oh, wow, like it took root and now they’re serious about it,” Feldman tells me. “We had offers for the film rights over the years from Hollywood that I just never considered an option. But you know, with Anna and Alexa, I knew their work. I like them very much as people. I really sense that they related to the topic or the story at hand in a very personal and emotional way.”

And so she gave these two women her print baby, her first book, and trusted them implicitly with it. While she was emotionally involved with the show, met the cast, and made herself available to the creators, she let go of any control over the finished product. And she wasn’t disappointed, she tells me, not one bit.

The approach to motherhood in Unorthodox, both behind and in front of the camera, is unorthodox in itself — wondrous, powerful, all-encompassing. In the world of Unorthodox — and what I’m starting to believe is the world in which I live — motherhood is not the thing that slows us down, but which gives us sadness and strength, motivating us to do more and more.

“I was 33 when I had my first child, and I think it’s amazing. It makes everything better. As women, life is not a pilgrimage to a single destination. There are just many phases to it. It only gets richer in that sense. I mean, I don’t want to overemphasize this because I also think many women choose not to have children and it doesn’t make their lives any less meaningful, but it’s been very important to my creative life,” Winger says.

Motherhood is that which buys you freedom — for Winger, motherhood brought the most fertile, accomplished creative moments of her life; for Karolinski, a show and children gestated in unison; and for Feldman and her fictional alter-ego Esty, motherhood is what gave them the strength to live a life that is honest, a life where you can aspire for joy.