Free, Cheap, and Easy Ways to Get Tested for the BRCA Mutation – Kveller
Skip to Content Skip to Footer

Free, Cheap, and Easy Ways to Get Tested for the BRCA Mutation 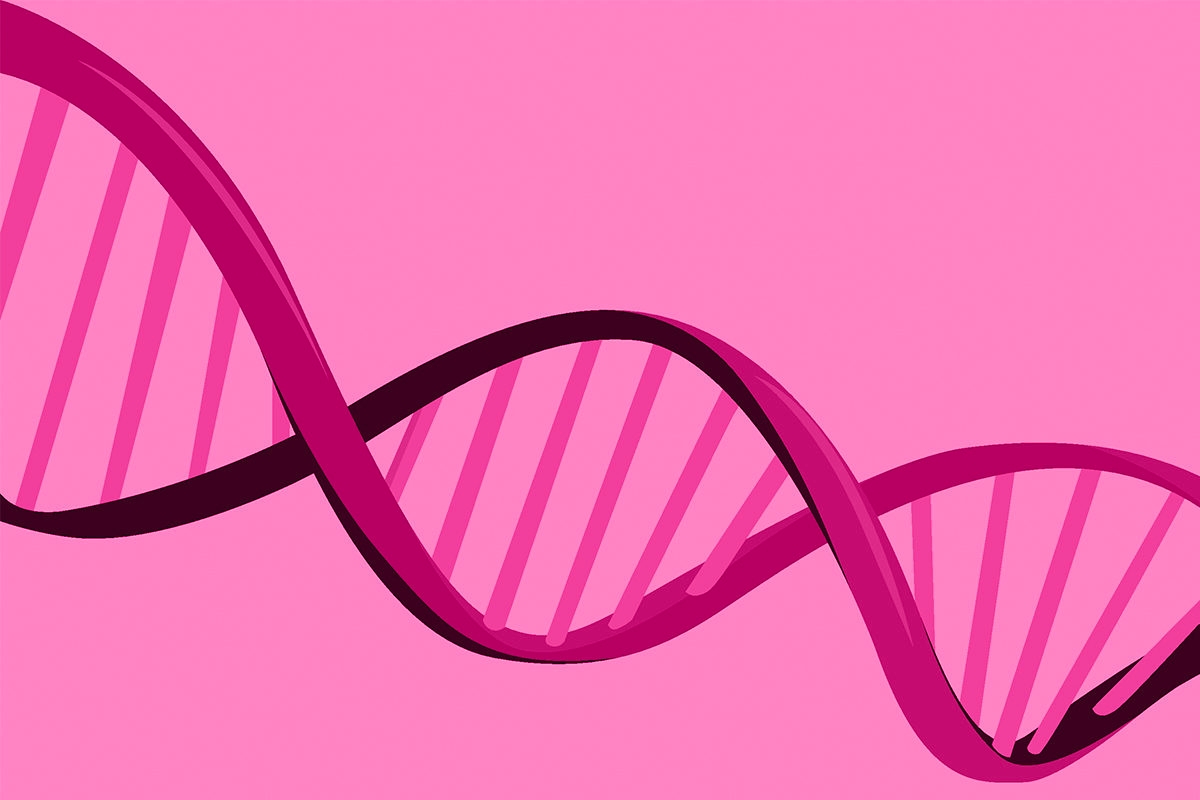 Did you know that if you are even part Ashkenazi, you have a 1 in 40 chance of carrying a cancer-causing BRCA mutation?

Yeah, neither did I. What’s more, this startling statistic is true even if there’s no history of cancer in your family.

Since 2015, when I unexpectedly tested positive for a BRCA1 “founder” mutation, I’ve made it my mission to raise awareness about this risk among Ashkenazi Jews. I am often on my soapbox — on social media, at community lectures, or even just as the buzzkill conversationalist at oneg Shabbats.

While some people don’t want to hear about it, most do. And typically, they’re shocked — just like I was — having never heard about the 1 in 40 odds from their doctors. Unsurprisingly, their next questions are usually: “How can I get tested? Isn’t it really expensive?”

Thankfully, I have good news to share about that: No, it is not. It’s true that, in the past, BRCA testing was really expensive. As a result, most insurances wouldn’t cover it, and physicians often told patients that if they wanted to be tested, it would cost them upwards of $3,000.

Over the last few years, though, the cost of genetic testing has decreased rapidly and significantly. But most people, including many physicians, still believe that 1) testing is cost prohibitive and 2) insurance will almost never cover it.

This is simply not the case anymore. “Every genetic counselor knows how to arrange a comprehensive genetic test for a maximum of $250, or lower based on income. But it’s about awareness and provider recommendation — testing needs to be discussed, it needs to be offered, and it needs to be facilitated,” says Jill Stopfer, Associate Director of Genetic Counseling at the Dana Farber Cancer Institute in Boston and Medical Advisory Board Member of Oneinforty, a nonprofit organization that raises awareness of the BRCA risk to Ashkenazi Jews.

So, while you’re waiting for your doctor to catch up, you can educate yourself about the various ways to get tested, because all Ashkenazi Jews (male and female!) should get tested. The National Comprehensive Cancer Network and the federal government agree — both have recently updated guidelines recommending that BRCA testing be considered for anyone of Ashkenazi Jewish ancestry, regardless of family history of cancer.

These days, insurance companies are more likely to cover testing. But what if yours won’t pay? What if your doctor has never brought up testing or even asked about your heritage? Worse, what if he or she won’t take you seriously when you bring it up? Or what if you just want the test done quickly and easily?

Fortunately, lots of affordable — and even free! — options exist if you’re looking for them.

These range from genetic counseling to at-home consumer testing and more. Each option has pros and cons, but all are relatively affordable and easily accessible. Read on for more details.

1. Participate in a study.

Depending on your location and family history, you can enroll online in one of these studies that offer free BRCA testing. All are open to both men and women.

BFOR is a partnership of several well-known academic cancer centers and enrolls participants with at least one Ashkenazi Jewish grandparent to test for the three BRCA founder mutations. People with or without a known familial BRCA mutation or family history of cancer can sign up online, be tested at no cost by Quest Diagnostics, and receive results from either their primary care physicians or BFOR genetic counselors.

The BFOR study aims to enroll 400,000 people in its next phase and will likely have national and even international reach. So, if you are outside of one of the geographical areas it covers right now, sign up online for updates.

This free study is available in the Atlanta metro area.

JScreen’s PEACH BRCA study tests Atlanta-area residents over the age of 25 with at least one Ashkenazi Jewish grandparent and no significant family history of BRCA-related cancers or known familial BRCA mutation. The test is an at-home saliva kit, with no need for bloodwork, and participants receive genetic counseling. This study sequences the entire BRCA1 and BRCA2 genes, so it looks beyond just the founder mutations.

This free study is available in San Francisco and nine Bay Area counties.

The UCSF Center for BRCA Research offers testing to local residents over the age of 21 with at least one Ashkenazi Jewish grandparent and no significant family history of BRCA-related cancers or a known familial BRCA mutation. This is also an at-home saliva test, but it tests a 30-gene panel, including BRCA and other known breast cancer-causing mutations. All study participants can speak to a certified genetic counselor free of charge.

2. Connect with a non-profit.

Yodeah (which means “to know” in Hebrew) is an all-volunteer organization headed by Dr. Elizabeth Etkin-Kramer, a gynecologist who feels strongly about Ashkenazi Jewish BRCA population testing. “We can educate all we want about the 1 in 40 risk,” she says, “but unless we’re actually doing the testing we’re not doing our job.”

Etkin-Kramer’s philanthropically-funded organization offers Jews nationwide the opportunity to have a 30-gene panel at-home saliva test (which includes BRCA and other cancer-causing mutations) for $149. To get the test kit, visit Yodeah’s website.

3. Order a “Direct-to-Consumer” test, but think carefully about which one.

Direct-to-Consumer (DTC) tests are now readily available to the health-savvy public. They have the advantage of making BRCA testing private, easy, and relatively affordable. They also “cut out the middleman,” meaning there’s no need to involve your doctor. However, not all DTC tests are the same! Here’s how to tell them apart.

This test costs about $200, and its BRCA testing is controversial for several reasons. First, it only tests for the three founder mutations, which, while applicable to most Ashkenazi Jews, isn’t fully comprehensive. If you’re not aware of its limits, a negative result might provide a false sense of security. In addition, the test touts itself as being FDA-approved — but that’s only because no physicians are involved, which opens it up to regulation. 23andMe also specifically instructs customers not to use the results for medical decisions and to repeat testing in a clinical setting.

Physician-mediated DTC tests, such as Color Genomics and Invitae

These cost about $250. Physicians are involved, but they never meet the patients. The pros of these kinds of tests are that they’ve been proven highly reliable, and they look for many BRCA mutations, not just the founder mutations, as well as mutations of other genes known to cause breast and ovarian cancer (and other cancers and health conditions). They’re comprehensive and remove many barriers to testing — there’s no need to ask your doctor or deal with your insurance company.

The downside is that because no known healthcare provider is involved, customers might not be sure how to proceed with a positive result, although genetic counseling is included with the service. If you decide to test this way, be sure to share your results with a trusted healthcare professional. And, look for specials — testing can be cheaper ($50 with Color) if you have a known mutation in your family, or during October (Breast Cancer Awareness Month).

Not recommended: Uploading genealogical results to a third-party database.

The least recommended kind of consumer testing involves taking the raw DNA data from a kit such as 23andMe or Ancestry and updating it to a database that provides the genetic health information component for a fee (some as low as $5-10, others between $50-100). Almost no one in the BRCA community recommends doing this. As Stopfer from Dana Farber notes, “This approach has been proven to be fraught with error, with individuals being told they have inherited cancer conditions they do not.” Buyer beware here.

Unsure about the best way to test or feeling nervous about the process? Finding a certified genetic counselor to help you navigate your options is always a great first step. Genetic counseling is often covered by insurance, and counselors keep pace of updates in the fast-moving field of genetics that might not yet be common knowledge. Plus, these professionals have the breadth of knowledge and experience to help you evaluate your hereditary cancer risk, navigate the world of testing, and interpret the true risk involved in a positive result.

The National Society of Genetic Counselors has a Find A Genetic Counselor tool, which allows you to easily search for a counselor nationwide and by speciality. And Sharsheret, a non-profit which supports Jewish women and families living with or at increased genetic risk for breast or ovarian cancer, offers free genetic counseling to Jewish families over the phone and can help guide the decision-making process around testing and test results. They also provide crucial peer support for those who test positive.

Ultimately, no matter how you pursue testing, the key is to be proactive. And if you do get a positive result on a BRCA test — whether it’s expected or catches you completely by surprise — it’s important to know that you’re not alone. Nonprofits like FORCE, Sharsheret, and Right Action for Women will support you throughout your journey, and strong communities of “previvors” (people who have tested positive before cancer hits) exist online and in person.

So this year, think about taking charge of your health and beating preventable cancer to the punch. The Jewish belief is that if you save one life, you save the world. It might be time to consider that the life you save is your own.