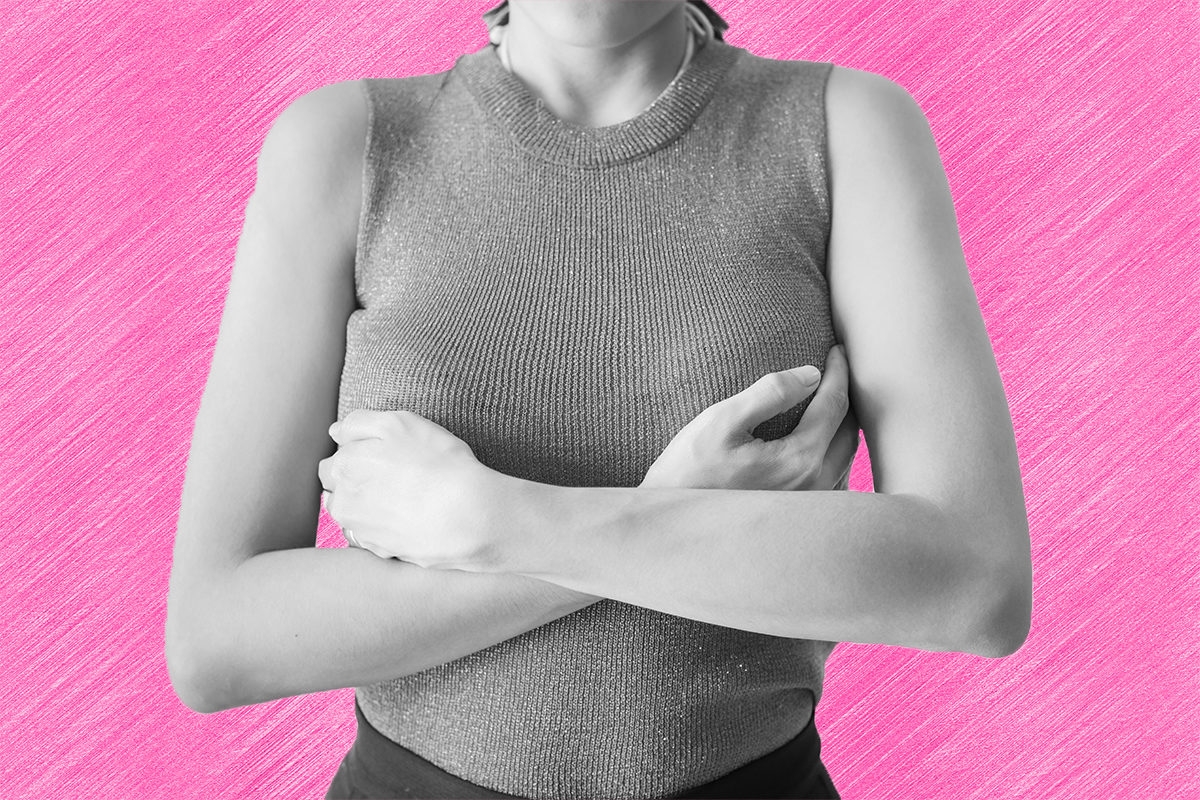 Editor’s note: This piece was originally published in January, 2020. We are republishing it today in honor of Breast Cancer Awareness Month. For information on affordable (or free!) testing for the BRCA mutation, click here.

News of Elizabeth Wurtzel’s death this week at age 52 has been incredibly emotional for me. That’s not because I know her personally, or am a huge fan of her work, but because the day she died was also the fourth anniversary of my preventative double mastectomy.

Love her or hate her, Wurtzel was a force. Her controversial books, including her best-known memoir, Prozac Nation, made people uncomfortable because they powerfully described human fallibility and psychological frailty without apology. Wurtzel was an addict, an egoist, and a provocateur.

But she was also an Ashkenazi Jew who, for most of her life, had no idea she had a BRCA mutation handed down by her father. Like me.

On September 25, 2015, I got an MRI report saying I did not have cancer — after weeks of intense anxiety following a positive BRCA test result. It was the same day the New York Times published an op-ed by Wurtzel, “The Breast Cancer Gene and Me.”

In the piece, Wurtzel wrote with anger about the injustice done to Ashkenazi Jews, who are not routinely prompted by the medical establishment to get tested for BRCA gene mutations, despite having them at a rate of 1 in 40 — 10 times the rate of the general population.

The BReast CAncer (BRCA) gene is a strand of DNA that exists in every human. Typically, the gene works to prevent breast cancer. Mutations of the gene, however (extra copies, deleted copies, or broken copies), do the opposite, and cause breast, ovarian, and other cancers at significantly increased rates. Ashkenazi Jews have these mutations in alarming numbers.

I remember sitting in my car that autumn day, reading Wurtzel’s op-ed and crying. I shed tears of relief for myself alongside tears of sadness for Wurtzel, who could have vastly reduced her risk of cancer if she’d had a simple blood test before her tumor ever started to grow. I also shed tears of rage for my dear friend, Sheryl Nichols, who would still have been alive that day if she, too, had been educated about Ashkenazi Jews and the BRCA mutation.

Sheryl and I were close friends and colleagues. She was diagnosed with breast cancer at age 31, just one month before her wedding. Her oncologists quickly ran tests and discovered her cancer was the result of a BRCA2 mutation, something Sheryl was surprised to hear, considering the lack of breast cancer in her family’s history. She had only heard of the mutation in passing, and did not recall ever learning that Ashkenazi Jews carried it in disproportionate numbers.

Instead of anger, Sheryl focused on getting better, full of hope as her doctors assured her that her Stage 2 cancer would be easily vanquished, and she would go on to live a long and happy life. Instead, within a year, her cancer had returned. After three more years of painful struggles, she died of leptomeningeal carcinomatosis, or metastatic cancer of the brain and spinal fluid — the same thing that killed Wurtzel.

Sheryl wouldn’t have considered that the cause of her death, however. She would have said what killed her and Wurtzel was silence: Despite the well-documented fact of a genetic, cancer-causing scourge plaguing Ashkenazi Jews, hardly anyone talks about it.

When she was healthy enough, Sheryl became involved with FORCE, an organization that supports people around issues of hereditary cancer. In addition to raising awareness on a public scale, she repeatedly urged me to get tested for the BRCA mutation. I brushed her off, saying I had no family history of breast cancer. She pointed out that neither had she. Eventually, I asked my doctor about getting the test and was told that testing Jews without family history was not indicated. I reported this back to Sheryl, and she seethed.

Finally, at the very end of her life, Sheryl asked me again about testing; she was pained that her death would mean the end of her advocacy work. At that moment, I reminded her how Jews believe that if you save one life, you save the world. So I assured her I would find a way to get tested.  If she saved me, I told her, her work was done.

I got tested the week Sheryl went into hospice care, and I got my positive result two weeks after she died. Four months later, on January 7, 2016, I underwent my preventative double mastectomy. I knew that’s what Sheryl would have wanted me to do, to see my way to a life without cancer.

At long last, genetic counseling guidelines have finally been updated to recommend population testing of Ashkenazi Jews. But healthy patients rarely wind up at a genetic counselor unless their doctor recommends it, and doctors don’t recommend it. In a weird twist, oncologists typically do test for the BRCA mutation once breast or ovarian cancer is diagnosed.

This is nonsense. Finding out about the mutation after a cancer diagnosis can be useful in informing treatment, but it has done nothing in terms of prevention. Yet, this backwards fact-finding continues to happen despite the updated testing recommendations. Why? Because physicians themselves are either ignorant of the risk statistics for Ashkenazi Jews, or don’t understand that male carriers can keep family history “hidden.” More commonly, though, they are concerned that their patients can’t “handle” a positive result. I have heard this from countless health professionals in the years since Sheryl died, and even representatives of major Jewish organizations like Hadassah have taken a hands-off approach to proactive testing.

In addition, physicians often say that testing for the mutation is cost prohibitive. This may have been true years ago, but a 2010 provision of the Affordable Care Act mandated insurance coverage of testing and genetic counseling for at-risk women. In addition, other reputable, affordable options now exist for testing and genetic counseling, such as Color Genomics. There is even a completely free study being conducted right now by the leading experts in all things BRCA, Penn Medicine’s Basser Center.  Anyone in four major metropolitan areas with one Ashkenazi Jewish parent can easily enroll online for free testing and related counseling.

The medical establishment lags woefully behind these developments, however, remaining avoidant about the subject and discouraging of women who want to take charge of their own health interests. Further compounding the problem are the severed family histories that characterize the modern Jewish experience  — so many of our ancestors died in pogroms, gas chambers, or have been scattered across the globe, making a complete family history nearly impossible.

This lack of information is why Sheryl insisted I get tested. This is why Wurtzel wrote her op-ed, and this is why I am writing this piece — because I am keeping my promise to Sheryl to advocate for widespread BRCA testing of all Ashkenazi Jews.

Every undiagnosed BRCA mutation is a failure of prevention. Wurtzel knew that, and she succumbed to that failure this week. Sheryl knew it, and succumbed to that failure as well. But by begging me to get tested — proactively — Sheryl saved my life and put preventative medicine to work in palpable way. And Wurtzel’s gift to me was validating my proactive, preventative choice in the Times, right when I needed it most.

Not one thing about my BRCA journey has been easy. It has been physically and emotionally fraught. Nerves get damaged, muscles get stretched and pulled in ways nature didn’t intend so they can accommodate heavy, hard, silicone stand-ins for breasts. Mirrors catch me by surprise, as I still sometimes feel physically unrecognizable to myself.

And yet, the aches and changes pale in comparison to the relief of knowing I do not have cancer. And this is where I maintain my focus: Both science and Sheryl helped me prevent the 87% chance I also had of being gone too soon.

So, rest in peace, Elizabeth. I hope you’ve met Sheryl in whatever great beyond may exist. I hope both of you know your anger and advocacy was not in vain. The way the three of our lives intertwined is remarkable to me; for sure, it’s some sort of sign.  From who, from where — I don’t know and don’t pretend to. But I heed it, and I will continue to speak out.