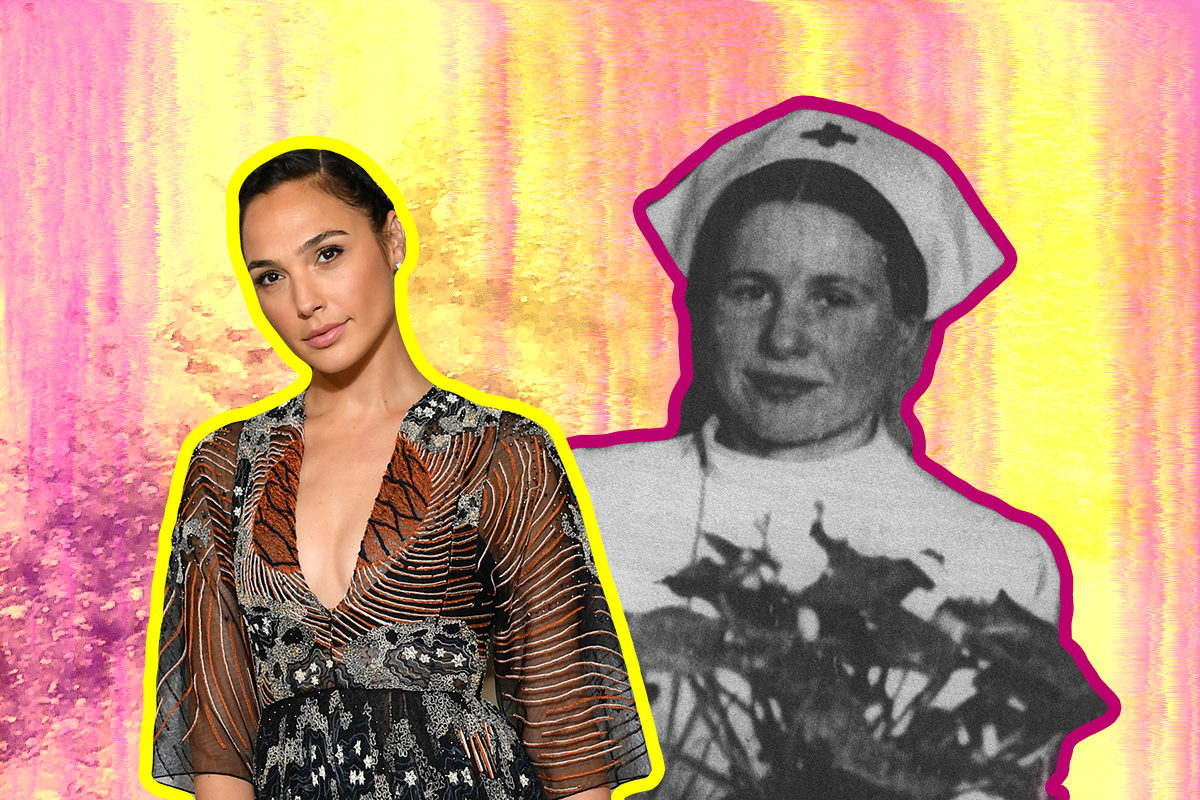 Gal Gadot is working on some truly exciting projects. The Israeli Wonder Woman star — and awesome mama of two — just announced that she’s set to play a real-life Holocaust heroine, Irena Sendler, a non-Jew who helped save 2,500 Jewish children from the Nazis.

This movie sounds like it’s going to be amazing!

This historic thriller will be produced by Pilot Wave, the production company run by Gadot and her husband (and number-one fan) Yaron Varsano. Justine Juel Gillmer will write the script; she also wrote the upcoming Harry Haft, which stars Ben Foster as a Jewish boxer who survived Auschwitz by boxing.

Gadot, who is also about to play Jewish actress and inventor Hedy Lamarr, shared her excitement about the upcoming project on Instagram, writing: “Working on this for quite some time and I just CAN’T wait to bring to life all the amazing stories we’re working on with all of our wonderfully talented partners.”

“As producers, we want to help bring stories that have inspired us to life,” she also wrote.

It’s absolutely true that Sendler’s story is inspiring, important, and well worth revisiting.

Sendler, who used the pseudonym “Jolanta,” was a nurse, a humanitarian, and a social worker. She was inspired by her father, a communist doctor who treated poor Jews — at times free of charge. When he died in 1917, the Jewish community offered to help the family financially, though Sendler’s mother refused their charity.

When the Nazis invaded Poland, Sendler decided she had to help rescue the Jews. So when Sendler, who was charged by the Germans to help curb the typhus epidemic in the Warsaw Ghetto, she helped provide the Jews there with food, medicine, and other supplies.

Working with collaborators from Żegota, the Polish Council to Aid Jews, Sendler helped smuggle children out of the  ghetto and into safe refuges, placing them in Polish homes, orphanages, and convents. Sendler, who was Catholic, felt that she could trust the children in the hands of the nuns, but to preserve their Jewish identity, she kept track of all the kids’ given names as well as the Catholic names they were given for safety.

Sendler’s bravery put her own life in peril. In 1943, she was captured and tortured by the Gestapo, but she refused to divulge any details about her work, collaborators, or the whereabouts of the children she was helping. She was sentenced to death, but was saved at the last minute when the Żegota managed to bribe the Nazis in exchange for her release.

Gadot will not be the first famous actress to portray Sendler, however. Anna Paquin, of True Blood and The Piano fame, played the heroine in a 2009 made-for-TV movie called The Courageous Heart of Irena Sendler.

Gadot and Varsano’s movie will recount the tense time of Sendler’s capture, and how she and her collaborators scrambled to hide her documentation about the children as she was brutally tortured.

In 1965, Sendler was awarded a Righteous Among the Nations award from Yad Vashem, along with her collaborator, Irena Schultz.

Sendler died in 2008, and her story remains a vital reminder of the bravery of some Poles —  who risked their lives to rescue their fellow Jewish countrymen — and of the life-altering importance standing up for the persecuted. We’re so glad Gadot and Varsano are working on this project, and can’t wait to see it come to fruition. Go, Gal, go!