Gal Gadot Makes Mac and Cheese Just Like Us! 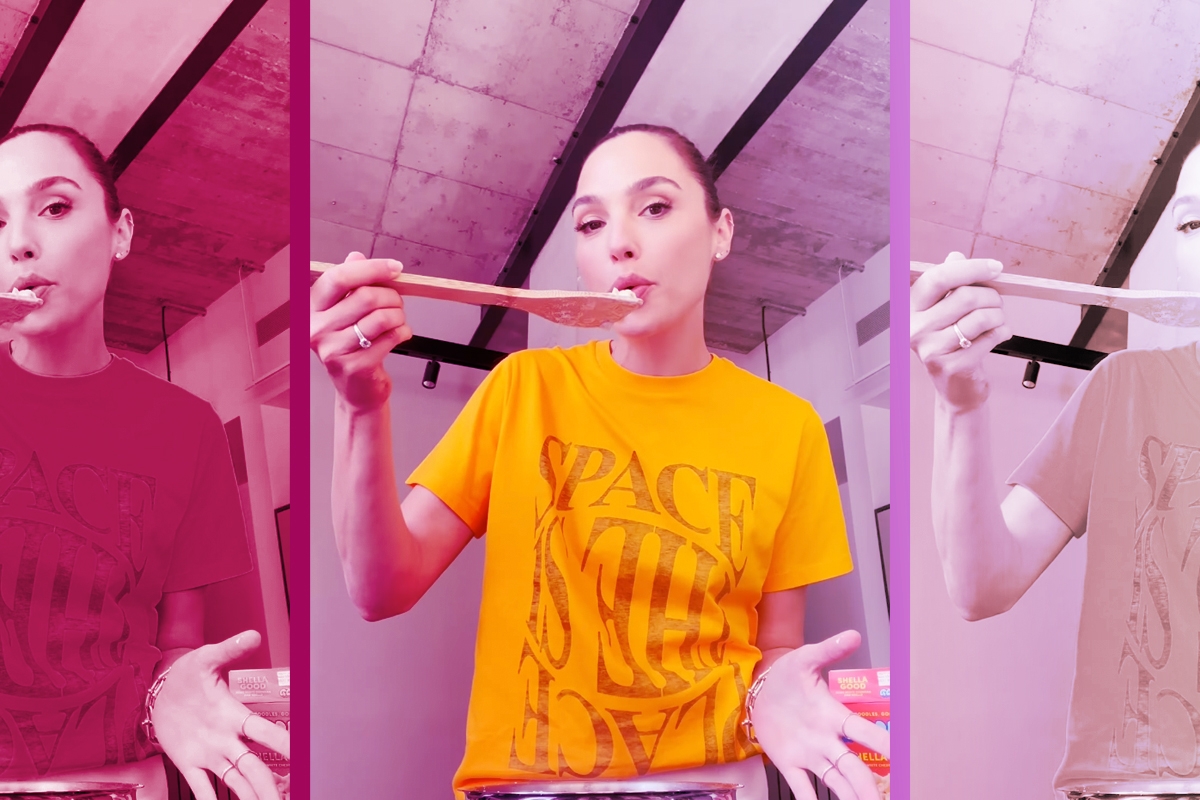 Gal Gadot‘s “healthy” (yes, I have thoughts about this framing) mac and cheese line, Goodles, just got even more kosher! Now four out of the five flavors are certified kosher by OK Kosher. To celebrate, the Israeli actress and mom of three posted an adorable video of herself making mac and cheese for us all — she even tried to “feed” us by saying “say aaaah” to the camera — while bopping to Harry Styles’ “As It Was.” It’s a great (and some would even say Jew-ish) song choice.

Gadot, who is currently in Israel where she recently visited a group of lucky Israeli schoolkids, is shown taking all the different steps to make the staple macaroni dish, inhaling the cheesy aroma — “Aaah, it smells so good,” she exclaims. She even noshes directly from the wooden spoon like we all do (is it hygienic? Who knows, but I can’t see myself making mac and cheese without this step). And yes, she blows on it first, because she’s not a savage.

Sure, her makeup game is way more advanced than the average mom making mac and cheese for her family after a long day (sweaty and frizzy-haired is my signature mac and cheese look), but I honestly can’t be mad about it because she is genuinely adorable in this video:

Cheddy Mac and Cheese, Mover and Shaker and Shella Good are all now certified kosher dairy, while Vegan is Believin’ is certified pareve kosher. This is definitely good news for those of us who are looking for an easy kosher side/meal. Yes, Goodles is more expensive than the leading brands of mac and cheese, but it does genuinely seem very cheesy and appetizing (I can’t confirm whether it is, in fact, as delicious as Gadot makes it look, as I haven’t tried it yet).

To celebrate, it seems Goodles is offering a 30% discount with the code “mazel.” (Would I want a video of Gal Gadot telling me to use code “mazel?” Yes, I would.) When I tried to order with it, it told me the coupon had expired, but hopefully, you’ll have better luck (this is not a sponsored post, but I always like helping you get your mac and cheese for cheaper).

In the meantime, it is nice to get a look into Gadot’s cooking escapades. Last year, she shared her (imperfect) hamantaschen baking adventures with viewers, and we’d love to see more Gadot/Varsano cooking adventures. (Yes, we know Wonder Woman’s place is not the kitchen, but these videos are delightful.) Maybe making a kugel for Rosh Hashanah or making latkes for Hanukkah? Though honestly, we’re plenty happy with videos of Gadot eating croissants. You do you.