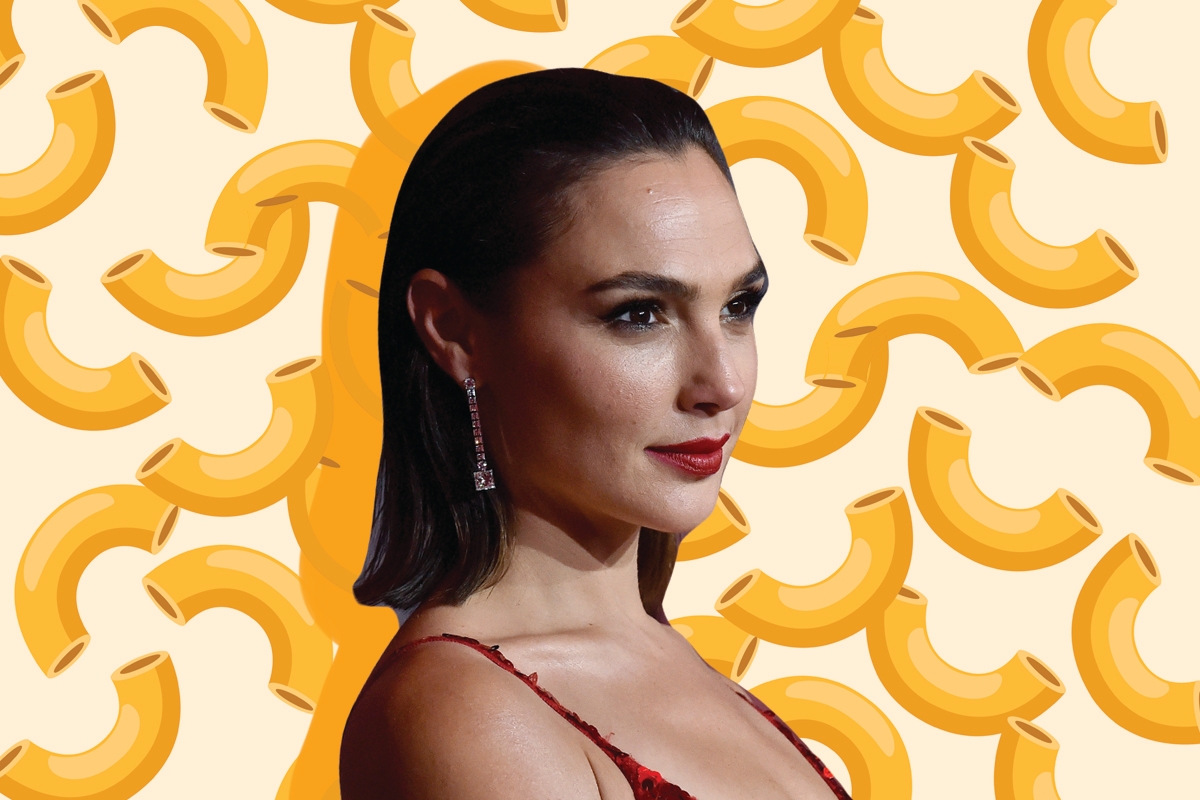 Gal Gadot‘s newest role is… the co-founder of a healthy mac and cheese company? I have thoughts. Questions. Concerns. But first — I am here to give you all the cheesy details.

The “Wonder Woman” and “Red Notice” star just announced the launch of Goodles, a “healthy” mac and cheese company. The Goodles tagline is “noodles, gooder” which sounds just like an adorable grammatical error a popular Israeli actress might make.

Gadot is a founding partner in the company, which is also run by veteran CEO Jen Zeszut (formerly of Cerebelly bars, which sells Peppa Pig-branded healthy bars that my son loves and I lowkey hate) and Deb Luster, the former president and co-founder of Annie’s Mac and Cheese. It’s an all-star team, and the branding on these noods is A+++.

Goodles come in four different flavors, which I have to admit, sound pretty good — I’m especially curious about the cacio e pepe variety called “Movers and Shakers.” The noodles come in beautifully designed boxes, adorned with sleek marketing and catchy names. Then, of course, there’s what’s inside — kale, spinach, maitake mushrooms and real cheese. Each box contains 15 grams of protein and 6 grams of fiber – which is definitely more than what the leading brands of mac and cheese currently offer.

But Goodles is also significantly more expensive — retailing at $5 a pop, or $4.25 if you buy a box of 12. That, my friends, is fairly steep for mac and cheese, if I do say so myself.

Gadot says her lifelong passion for the ooey-gooey cheesy staple is what inspired her to join the company: “I remember, when I was just 6 years old and living in Israel, my aunt and uncle, who lived in America, came to visit and brought a huge bag full of boxes of mac and cheese,” she told People. “That is how much I loved mac and cheese.”

That is pretty adorable! And as an Israeli person who ate mac and cheese for the first time in her 20s — can’t stop thinking of all those wasted years! — I relate. Mac and cheese is one of the most brilliant American inventions in history, in my humble opinion, and my love for it makes me feel so darn patriotic (AMERICA!). It’s an easy and cheap meal, with a satisfying texture and delicious cheesy flavor profile. My love for mac and cheese grew significantly as a parent — the boxed goodness has been a lifesaver for me on nights when parenting has otherwise rendered me too incapacitated to do anything that involves much planning, thought or effort. I always know that my son will eat it, no matter what his day has been like or how tantrum-prone he might feel. Tasty, dependable, affordable mac and cheese is this parent’s very good friend.

Just like me, becoming a mom changed Gadot’s approach to mac and cheese. Gadot has three daughters with her husband, Jaron Varsno —Alma, 9, Maya, 4 and Daniella, 4 months. But for the movie star, the shift towards motherhood brought concerns about the staple food: “Becoming a woman who cares about what I consume and as a mother of three, I care about what I feed my family,” she told People. “Mac and cheese is delicious but it is really bad for you so I was always looking for a better and healthier alternative.”

And this, reader, is where I kind of lost it. Because mac and cheese is not bad for you. Mac and cheese has been very, very good to all of us — especially to me. It is good for your soul, for your palate and yes — it provides you with sustenance, carbs and some protein and fiber, which your body needs. Is it the healthiest food imaginable? No. But there’s no reason why it needs to have all the nutrients your body needs unless it is literally the only thing you’re eating.

As a parent, I resent this framing even more. I never want my child to think that the food he loves has any moral value. There are no bad foods, aside from rotten foods.

Goodles has about three times the fiber and around 4 to 5 more grams of protein than their leading competitors (which would be Kraft and Annie’s) but to be fair, you could also make up for that fiber by serving your mac and cheese with a sliced apple — which would still be cheaper than a Goodles box.

To be fair, if you have a picky eater or an eater with sensory and texture issues, this might be a good solution to make up for a few of those missing nutrients…. but only if you can afford it, and only if they like the taste.

I guess what I’m saying is, while I am not surprised that diet culture has come for one of the most popular foods in America, and that Gal Gadot, who I’m sure can afford all the overpriced mac and cheese in the world, is behind it — I worry about the message it sends to parents who do rely on the cheapness and ease of traditional boxed mac and cheese.

The bottom line is this: You don’t have to spend $5 on a box of mac and cheese for your kids. And you don’t need to let Gal Gadot make you feel guilty about your parenting choices. If you can and do enjoy Goodles, good(er?) for you — but it doesn’t make you a better (or gooder?) parent.