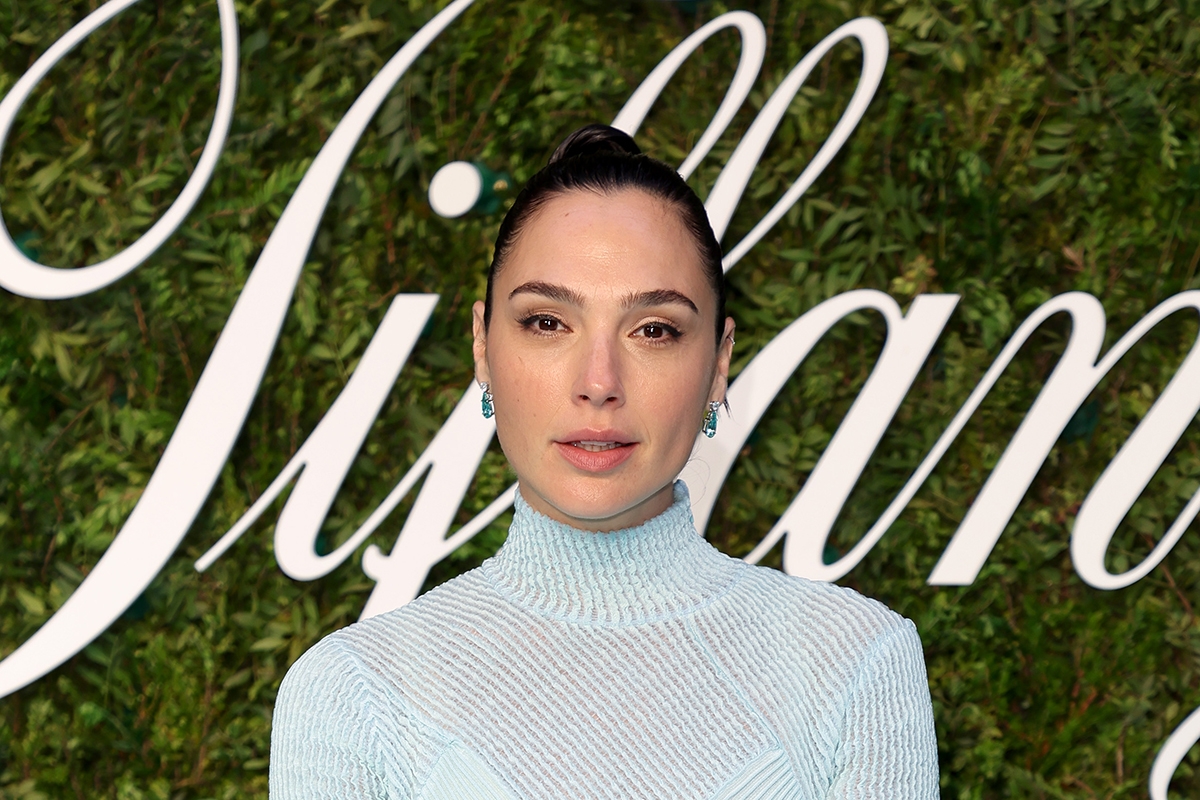 Israeli actress Gal Gadot recently wrapped up a couple of projects in London and Portugal — including the filming of the upcoming Netflix film “Heart of Stone” — and returned with her family to their Tel Aviv home in the beautiful neighborhood of Neve Tzedek.

The “Wonder Woman” star, her three daughters and husband Jaron Varason didn’t expect the idyllic visit back home to be interrupted by missile fire. But that’s exactly what happened this past Saturday when Gadot was walking around the popular Rothschild Boulevard in Tel Aviv with her family in the middle of Operation Breaking Dawn.

In paparazzi photos you can see Gadot, wearing a black tank top and shorts, holding her youngest, one-year-old Daniella, as she shelters with her husband and their older daughters Maya and Alma. A crowd of Israelis is too preoccupied with their phones — checking in with family and friends — to take much notice of the star.

As one headline read, “Like Us: Watch Gal Gadot Shelter in a Protected Space” — but honestly, this is not the relatable celebrity moment we hope for.

Some on social media were upset at Gadot for not sharing a message of solidarity with Israelis, especially with citizens of the South who were experiencing an almost constant barrage of missile fire. Gadot was heavily criticized in 2014 when she posted a picture of herself and eldest daughter Alma saying a blessing over Shabbat candles and voicing her support for the IDF during the Gaza War.

As a fellow parent who also rushed to a Tel Aviv staircase during the recent sirens, I can say that these moments, while they can feel routine for Israelis in the summer, are incredibly nerve-wracking. Let’s hope Gadot, and Israeli and Palestinian families, don’t have to go through them anymore.  A ceasefire was recently brokered by Egypt between Israel and the Islamic Jihad, marking a hopeful end to the latest confrontation.