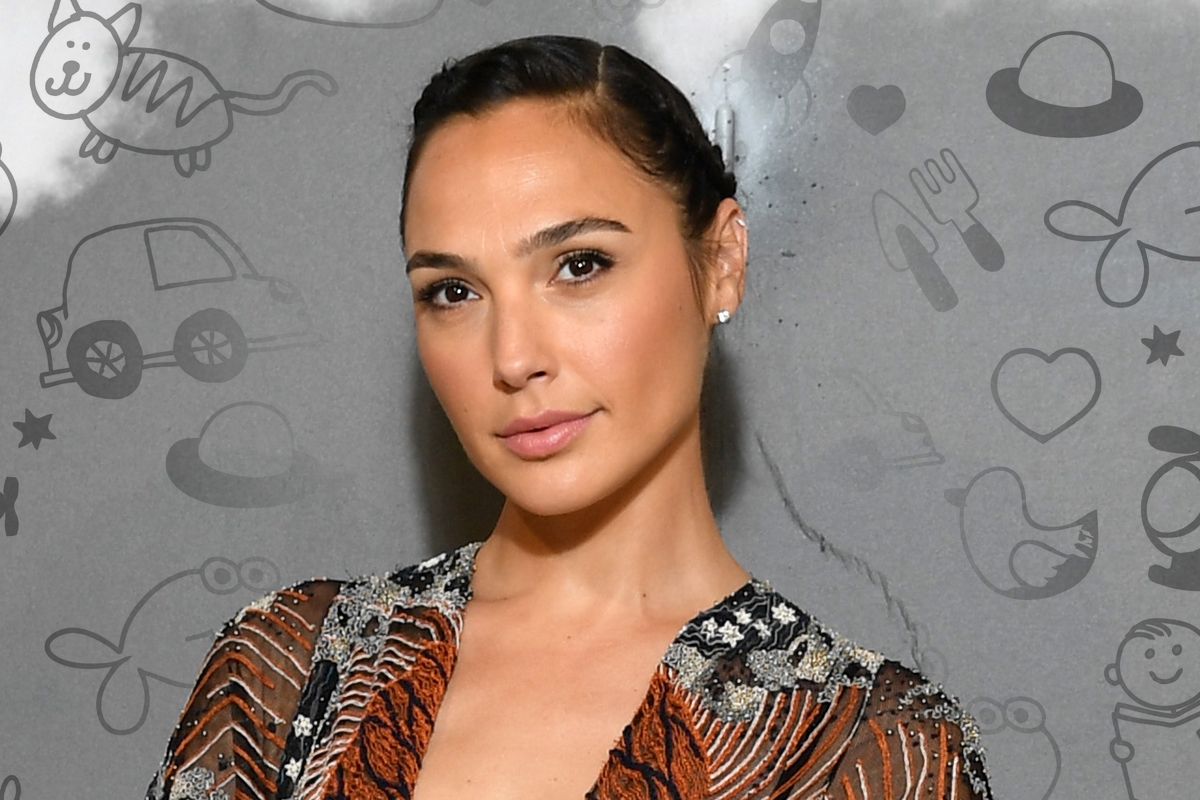 Gal Gadot is currently pregnant with her third child, which is thrilling news. It also means that the Israeli actress had to explain the whole “where do babies come from” thing to her two older children! While promoting her new National Geographic YouTube show, IMPACT, on Jimmy Kimmel Live last week, she told the host exactly how she explained procreation to her daughters, Alma, 9, and Maya, 4.

“Alma had the whole session when I was pregnant with Maya,” the Wonder Woman star explained. “And Maya is now super curious about how the baby got in there, how is she going to come out, and all of that.”

Gadot, who wore dainty Jewish star necklace around her neck, continued: “So we explained the PG way. ‘Mommy and Daddy had a big hug; Aba [the Hebrew word for “dad”] planted a seed in Mommy’s tummy, etc. etc.’ So we’re doing it, the birds and bees, how we know it.”

Keeping it simple and PG is absolutely the way to go when it comes to explaining pregnancy to kids. Experts recommend keeping your explanations to young kids straightforward, using language that they understand, and making sure that they comprehend what you have told them. They also recommend using accurate body parts (like “uterus” instead of “tummy”). Of course, there are also great books to help with this talk, especially at young ages, like the wonderful and inclusive What Makes a Baby.

While the “hug” part may have been confusing to Alma and Maya, as Kimmel suggests (“Are the girls worried about hugging daddy?” he asks jokingly — um, ew!), Gadot and her husband, Yaron Varsano, have definitely done a good job at getting their older daughters pumped about their family’s upcoming new addition.

“They’re excited,” Gadot tells Kimmel when he asks how her girls are feeling about their new sister-to-be. That’s probably because, aside from the PG origin story, Gadot and Varsano had the most adorable way of telling their daughters about the pregnancy.

As she explains: “We got them cupcakes, and we got cupcakes for each member of the family, including the dog, and then there was one cupcake left. And I told them, ‘Do you know who this cupcake belongs to?’ And they were like, ‘Who?’ And they started naming other family members and then I did this [Gadot points at her stomach] and Alma went, ‘Nooooooo!’ But then she got used to the idea and now she’s super excited.'”

We already knew Gadot’s kids were adorable from their Wonder Woman 1984 cameo, but this cute anecdote really seals the deal for us.

Gadot and Kimmel also discuss Israel’s extremely successful vaccine drive (the country recently lifted its mask mandate). She explains that she thinks Israel did a good job at messaging just how important the vaccine is. “And now they’re having the time of their lives and I’m super proud of them… and jealous,” she admits, telling Kimmel that her WhatsApp groups are blowing up with pictures and videos of family and friends in Israel getting back to routine.

“It was [Israeli] Independence Day last week and they were all partying and sending us the pictures. It’s like 2019, it’s like Covid never happened, and it’s amazing, pupupu” she says, literally knocking on her wood table like a good superstitious Israeli mom.

Gadot also discusses her new docu-series for National Geographic. IMPACT tells the stories of six inspiring women across the globe. The first episode tells the story of 20-year-old professional figure skater Kameryn and her organization, Figure Skating in Detroit, which teaches young girls how to skate.

“I love how Kameryn inspires those around her — empowering young girls to achieve their goals, encouraging them to do better, not letting anything stop them, not letting anyone tell them they can’t be who they want to be,” Gadot wrote on Instagram, “showing them they are worthy, they are accomplished, they have an Impact.”

We love that this soon-to-be mom of three girls is doing all she can to inspire young girls and women. Kol ha’kavod, Gal!