Does America Hate Working Moms? It Sure Feels That Way. – Kveller
Skip to Content Skip to Footer

Does America Hate Working Moms? It Sure Feels That Way. 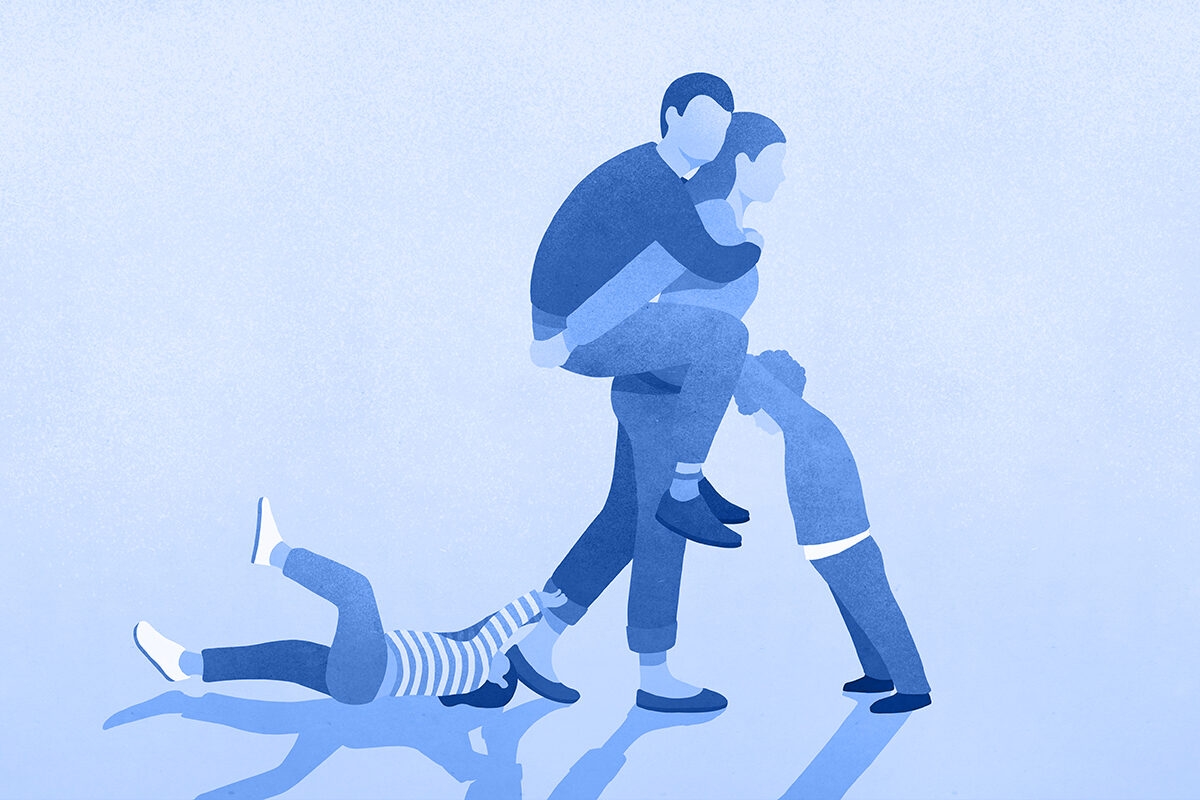 “Are you sure about the camp? It’s so religious!” my husband said about sending our 5-year-old to day camp this summer. True, the sample schedule included slots for classic camp activities like swimming and arts and crafts — but the bunks were all named for famous rabbis.

After almost four months in quarantine, I didn’t care how religious the camp was — or even what religion it was. I just wanted our daughter out of the house. Of course we’re concerned about the coronavirus, but this Orthodox Jewish day camp in New Jersey seems like it is taking every precaution to prevent any spread, including masks on the busses, making all bunks “pods,” so kids wouldn’t interact with too many other children, and daily temperature checks.

So what if they were more right-wing than us on Israel, Jewish law, and just about everything else? I just really wanted my daughter to play with other kids. But, honestly, at this point during the pandemic, my main concern was sanity: namely, mine.

To say things have been hard for working parents during lockdown would be an understatement.

When I lie awake with anxiety in the middle of the night, I often read posts on social media from people who are looking for new TV series to watch or for books to read. As I scroll through my feed, I often feel wonder bordering on envy — especially at the childfree people who are “bored.” I also marvel at the sourdough-growing clans, the mindbendingly crafty moms (“Look at the treehouse we built!”), the color-coded schedules that seamlessly transitioned from homeschooling to camp-at-home, and the “I taught my kid to ride a bike/swim/code/hack into the Fed” parenting stories. Seeing all of this productivity at other people’s homes causes my already clenched stomach to twist into pretzel knots.

I often find myself wondering: How does anyone have the time? But I already know the answer: Either they don’t have kids or they don’t work.

In the Covid-19 Economy, “You Can Have a Kid or a Job. You Can’t Have Both,” The New York Times wrote, with the subhead, “We are not burned out. We are being crushed by an economy that has bafflingly declared working parents inessential.” The New York Post‘s in-your-face headline addressed the city’s incompetent mayor: “New York to Parents: Choose Your Job or Your Kid,” while Florida State University recently told parents they’re no longer allowed to work from home and watch their kids.

All these stories — which detail how hard it is to work while taking care of kids — use the politically-correct, gender-neutral word “parents.”

True, parents are suffering. Oh boy, are they suffering — with no school, no camp, no childcare, no daycare, and employers who still need us to work. It’s an impossible balancing act. But let’s be honest here: for the most part, the burden is falling on working moms.

In households with two working parents, many couples try to split the childcare and the work. But let’s be real: Usually it’s the person who makes more money who gets to work more, who has to work more. And in heterosexual couples, thanks to a host of reasons, that’s usually the dad. (Single-parent households are basically screwed, unless they have childcare.)

Mothers of young kids — who often take time off or step back from their careers for silly things like, oh, giving birth, breastfeeding, and caring for young ’uns — literally pay a price: Mothers in the U.S. who work full time are paid an average of 69 cents for every $1 a father makes, or $18,000 less annually, according to the National Women’s Law Center’s (NWLC) analysis of U.S. Census data.

And so, while the media can talk about the burden on “parents,” we working moms know they’re talking about us.

Of course, salaries aren’t the only disparity between heterosexual couples. Childcare and household chores have often fallen more on the moms, even in so-called “equal” partnerships where both parents work. Working moms are able to do only one hour of uninterrupted work compared to working dads (ha! like that’s even a phrase!), according to the Institute for Fiscal Studies (IFS) and University College London (UCL).

I can’t complain, really. I’m fortunate to have one of these equal partnerships. My Israeli husband, thanks to his army training, does most of the cleaning and organizing. (At least that’s what I tell myself — it’s his IDF training, and certainly not my slovenly ways). I work mornings and he works afternoons. He might do letters and numbers with our daughter in the mornings, or music and cooking and other projects, and then I take her out on a trip a few hours later.

But even with my husband pitching in, I can’t go to my workspace, which is closed. I can’t write and I can’t really think, not with her bursting through the door every 24 minutes.

Most of my friends have it worse. All around me are couples where the mom’s career is taking a backseat due to the absence of childcare. They’re the ones picking up the slack; they’re not starting their new business, or getting back to work the way they’d like because, well, someone has to take care of the kids. No one is happy about the situation — even the dads who “get” to work — but we all know who is suffering.

Look, we’ve long known that America hated working moms. (For example, according to a recent Pew study, among 41 countries America is the only one without paid parental leave in this country.) This lockdown is showing just how bad thing really are.

“Let’s get back to the traditional family,” I recently heard a right-wing talk radio host say. And I wondered: Even though he doesn’t “believe” in the coronavirus, maybe he was just a little bit happy that moms are now staying home and taking care of the kids?

The truth is, no matter what your political persuasion is, there can’t be any meaningful conversations about “reopening the economy” and “returning to normal” without adequately addressing the childcare conundrum. If working moms can’t work, how can the economy recover? Do working moms even matter? Because of the backlash, Florida State University tried to walk back its “no taking care of children while working from home” memo. But let’s get real. What FSU did was just say out loud what nearly every American employer is thinking: Are you a mom? If so, do you have help, like a nanny or babysitter during this pandemic? If not, do you really think you can work and care for your child full-time?

The answer to that is, obviously, no.

We can’t work and care for our children at the same time — whomever the primary caregiver is, mom or dad. School and camp shouldn’t be an afterthought as our country finds its way out of this mess. It is part and parcel of the economic recovery.

This is why I’m sending my daughter to day camp this summer. Yes, I want her to have fun and to be with friends — but also, I need to work. For however long I have till the next lockdown happens or a vaccine is made.

I wish our country cared about working moms. But for now, I’ll have to take care of myself.