How an Uninvited Shabbat Dinner Guest Put Everything Into Perspective 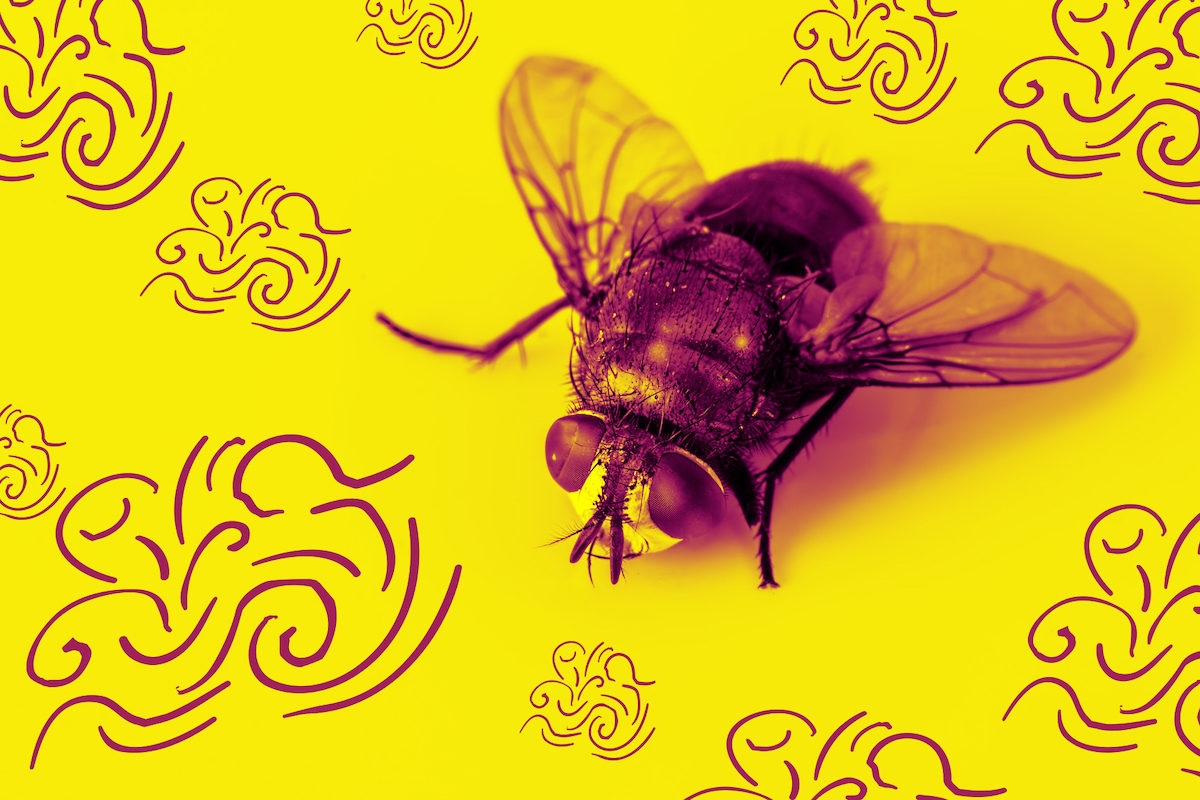 Most nights, dinner feels like a triathlon. Due to different bedtimes and work schedules, we often eat in shifts. Everyone eats a variation of the same food, but, in truth, I’m essentially serving three different meals. Take something simple, like carrots: my 5-year-old will only eat them raw; my 7-year-old will only eat them cooked; my husband and I will eat whatever is left.

There are three stages of clean up, too. And by the time the last round of dishes is done — or left in the sink to deal with in the morning —  I’m exhausted.

On Fridays, all four of us are on the same schedule. The kids go to sleep a little later so we can enjoy Shabbat dinner together. I make one meal that everyone eats — and unlike weekday meals, we attempt to eat it in courses rather than shifts. The meal always starts with all of us eating more challah than we’ll ever admit, usually followed by matzah ball soup (or matzah balls without soup for my 5-year-old). Then, we move on to the main course, followed by a special dessert. The rest of the week, “dessert” is fruit, but on Friday nights we all look forward to something super sweet (and usually chocolatey).

It’s not perfect. Grape juice and water are often spilled before the meal even begins. The girls wiggle in their seats and get up a dozen times, pulling the tablecloth with them. Silverware crashes to the floor. And as soon as we begin to make kiddush, the blessing over the wine, one of them inevitably needs to use the bathroom.

Still, all week, we look forward to the relative peace of this meal. Sometimes we invite family and friends to join us, but Friday night is often reserved for our immediate family. It’s a quiet time for us to reconnect and be a unit.

Recently, however, we had an unexpected — unwelcomed, actually— guest join us for our Shabbat dinner: a fly.

We had finally settled down at the table and were about to say hamotzi, the blessing over bread, when we noticed the fly within the colorful details of our challah cover. The only thing that gave it away was the light reflecting off its iridescent green body.

As it happens with young children, the fly quickly became the focus of our entire meal. Each time we’d shoo it away, the anticipation of its return was such a looming distraction it was impossible to have a conversation or simply just enjoy our dinner.

One of us would start to speak, and then someone else would interrupt with a scream and point at the fly. If one of us was lucky enough to be able to talk for more than a few seconds, the rest of us were only half listening. We were scanning the room for the fly.

At one point, my 5-year-old was hiding under the table, afraid the fly would bite her. And at another point, my 7-year-old was chasing it around the room, trying to catch it in a cup.

How could something so small and harmless completely disrupt the peace of our home? How could a fly suddenly become more important than listening to one of my kids tell a joke, or even eating dessert?

And seriously, how did the fly even get inside our apartment? In our building, all the windows have screens, which means the fly came in the front door, just like the rest of us. It likely even rode up in an elevator — how very progressive — and got off on our floor. It probably flew in with us after school, or maybe it smelled the challah or the soup and lingered by the door waiting patiently for someone to open it.

I’ll admit I was an active participant in this lively dance around the fly; I was ducking and jumping, somehow startled each time the fly appeared. But when I finally distanced myself from the action for a moment, I could see the comedy and was amused by the power that this little creature held over us.

That night, as I was stacking the dirty dishes, I found myself still thinking about the fly. I had lost track of its whereabouts by then. I remember hoping it had slipped out of our apartment and into the hallway when we took out the garbage, but I knew it most likely found its way into our bedrooms and was waiting to torment us later.

I realized then that this tiny insect may have actually taught me a thing or two.

More often than not, as a mom, I realize that I’m distracted by a “fly” zooming around me. These “flies” are usually nagging thoughts or worries, which zip around my brain in a seemingly infinite loop. Just how serious is that rash or cough? Is this sunscreen “safe” enough?  Did the paper I covered the seat with in that public restroom seriously just fall into the bowl as my kid sat down? What kinds of germs are on her body now? Did I do a good enough job teaching the new babysitter how to use the EpiPen? The list is endless.

Yes, I try to shoo these thoughts away, just as I did with the fly. But they inevitably come back — usually when I’m trying to fall asleep. And once they’re buzzing in my ear, they’re really hard to ignore, just like our surprise Shabbat guest.

What’s funny is that, when my kids began screaming at the sight of that insect, the first thing I said was, “Everything’s OK. It’s just a fly.” I tried to reassure them with logic. We’re bigger than the fly; it’s probably more afraid of us. It’s not going to hurt us; it can’t bite or sting. The poor guy is just lost, and it probably doesn’t want to be trapped in our apartment even more than we don’t want it here.

And yet, despite these really solid, sound reasons, my family still couldn’t find a way to completely ignore the fly and carry on with our meal.

Then again, I realized how that kind of logic isn’t that effective when nagging worries pop into my brain, either. Like when a few cases of lice or Coxsackie were diagnosed in one of my kids’ classes — logically, I knew that didn’t mean every kid in the class would get it. And if my kids got it, it would be a nuisance, but they would be OK. And yet, I worried and I monitored them for symptoms daily. Or that time I removed a splinter from my daughter’s wrist and was only 99% sure I got it all out. I worried for days that I missed a small fragment and it would get infected.

Now, whenever I catch myself worrying about something, I think about those reassuring words I offered my kids that Shabbat — “Everything’s OK. It’s just a fly.” True, sometimes I’m consumed by a really big problem that’s worth staying up to worry about, but most of the time, “it’s just a fly;” in other words, a problem that will most likely be solved or worked out if I can just be patient and shoo it away and ignore it, for real.

Yes, that’s easier said than done. I don’t think I will ever be able to completely give up worrying. After all, most moms are rock stars at it. But I can work harder to keep things in perspective and not let all the worries of motherhood distract me from enjoying the moment or getting a good (however brief) night’s sleep.

The following week, as we sat down to our Friday night meal, one by one we all did it: We all looked at the wall, the tablecloth, and the challah cover, expecting to see the fly again. But we didn’t.

I knew it wasn’t coming back. I had seen it lifeless on a windowsill a few days earlier. Even so, I looked, too.