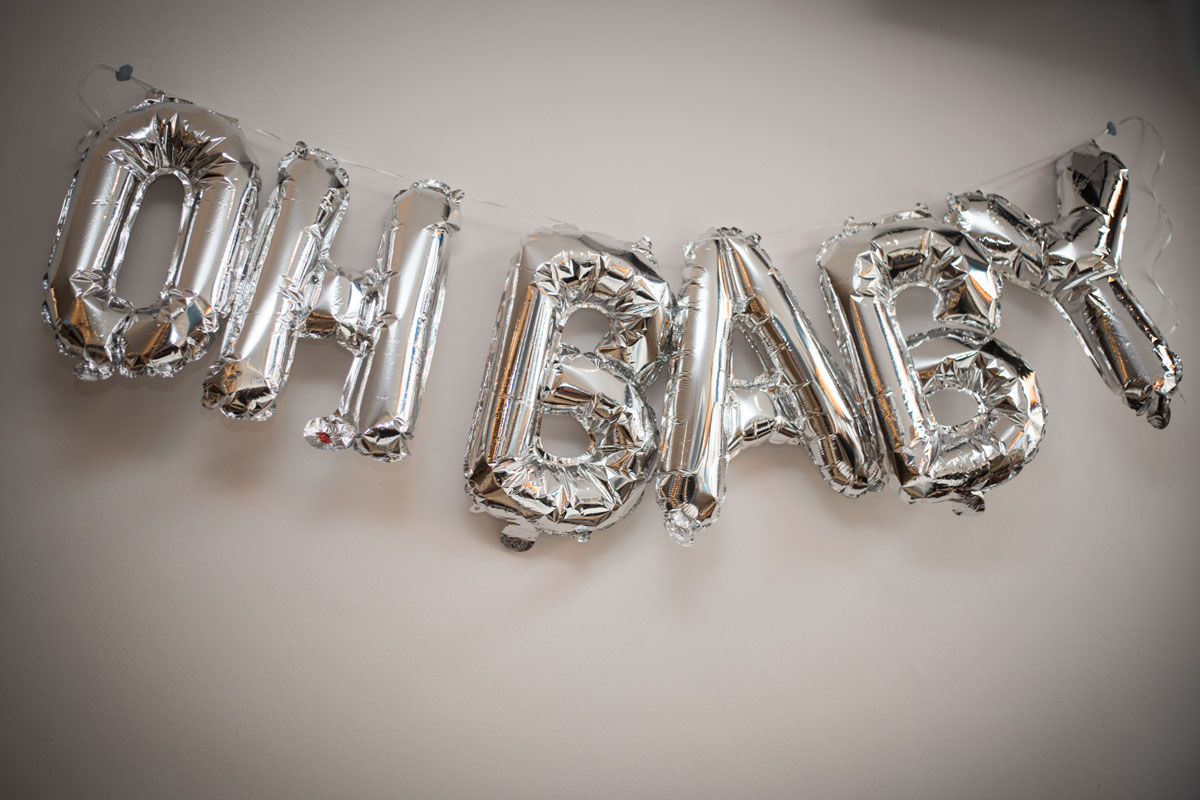 “Jews don’t have baby showers,” we had to explain to my husband’s family as soon as we dropped the news that we were four months pregnant with our first child. It was our immediate response to their first reaction: “Un Baby shower, un baby shower!”

I was glad to have my husband’s support — even though I generally think of the baby shower being for the mother, I knew that this was an important tradition in his Ecuadorian-American family, and the husband and family is typically very involved in any cause for celebration, especially one like this. For years, he’d been mentioning how excited his family would be about having a baby shower when we’d have a kid, and I always said, “Never gonna happen.” Though, inside, I did cringe a bit. After all, I knew his family would have thrown one badass shower.

Many Jewish people are familiar with the idea of superstitions. No matter which ones you have in your family, they all seem to stem from the concept of “the evil eye” or “ayin horah.” Even well before I got pregnant, I could hear my bubbe’s voice in my ear whispering, “Ah, kinehora — we don’t do that.”

Not only do many Jews “not do baby showers,” but in some families, Jews don’t do much in the way of discussing the baby at all until it arrives. This stems from the same idea: that if you celebrate something which hasn’t arrived yet, God can take it away. Another way to put it: “You don’t want good news to tempt evil forces.”

When I had to explain to my husband’s family (again, thankfully, with his help) that we also can’t really accept gifts (or at least open them), I was worried they’d start to think we were crazy; they don’t know too many Jewish people as it is (nor does my family know many Ecuadorians). Imagine when they’ll have to go to their first bris!

So, how do you explain this to someone else who may not be familiar? Baby showers, after all, seem like a given in many families. A good start is to remember that many cultures have superstitions, traditions and legends that others may not really understand. Example? Recently, I was reading Stephen King’s “If It Bleeds” and I learned the phrase “El Cuco.” I immediately asked my husband what it was, and he laughed, as he hadn’t heard that in years. “El Cuco” translates to the “boogeyman.” Asking your partner what cultural idiosyncrasies they grew up with can help create a dialogue of understanding.

When it comes to blending cultures, our relationship has been exciting at times, difficult at others. Aside from both growing up in the same generation in the tri-state area, we’re from two completely different worlds. But, there are some overlaps. For instance, family, traditions and food are all very important to us. Our engagement party was a beautiful coming together of cultures — we danced the hora and did bachata.

But not everything blends so easily.

Let’s take food. When most Ecuadorians celebrate, pork is a big item on the menu. I don’t keep kosher, but I grew up with kosher traditions — separating meat and dairy, eating kosher in the house, etc. Having a non-Jewish father myself, I wasn’t restricted from eating bacon, but other forms of pork don’t sit well in my stomach to this day. (My first visit to Ecuador was a challenge, to say the least.) One of the things we’d argue about was whether or not to have pork at a celebration we were hosting. For me, it was a hard no — there would literally be people who would have nothing to eat! And, there’s plenty of substitutes for pork. For my husband, it wasn’t so easy to let go of.

I knew that even if we did decide to have a baby shower, the details of it would be hard to lay out. Being in a mixed marriage, it’s even more important to me to “start off on the right foot,” so to speak, by being firm in keeping the traditions that I had growing up that are still meaningful to me — without taking away from his. I’m of course OK with having Ecuadorian dishes at home, but we’re going to eat on paper plates. And, maybe the fish we eat on Thursday nights before Shabbat can be a mojarra instead of flounder. We’ll eat fanesca on Semana Santa, too. And, if we have a daughter, she will certainly have a quinceañera after she gets called up to the Torah and becomes a bat mitzvah — though we joked about having a “catoreañera” to combine them both.

Our baby will not be half-and-half, though. She’s not a coffee. She will be one whole piece of everything. This is even more important to both of us, as my husband lost his father and I lost my Jewish grandfather both to COVID last year. But, it starts by understanding why something is so valuable to your partner and finding a common ground where you can.

“As women, we often want to make everyone happy, but in the process we shouldn’t lose sight of our own beliefs and boundaries,” says Aileen Weintraub, author of the forthcoming book, “Knocked Down: A High-Risk Memoir.” At five months pregnant, she was put on bedrest due to unusually large fibroids. Thus, the decision to have a shower was a difficult one, and being in an interfaith relationship played a role in it, too.

“When I married my husband Chris, who is not Jewish, his family was very accepting of my religious traditions; we even had a Jewish wedding,” Aileen says. “When I became pregnant, my mother-in-law generously offered to host a baby shower for me. I was truly torn.” Ultimately, she did not end up having one.

Barbara Brody, a writer, also shared her experience with me. “We didn’t have a baby shower. My husband is not Jewish but he and his mom understood that many Jews don’t do them, and he was fine with it,” she said. “My mom is sort of superstitious. I’m not, but the idea of having a big celebration and piles of baby stuff around before you come home with a baby freaks me out. I did register and plenty of presents arrived after the baby was born.”

All this considered, there are plenty of Jewish parents in mixed relationships who decide to have a baby shower without any qualms, who either weren’t raised with these superstitions, do not subscribe to them themselves, or just wanted to join in on the fun.

“I’m Jewish and my husband isn’t, and we had our first child in 2021. I don’t think I had any hesitations about having a shower,” Alyssa Sybertz, a freelance writer, told me. “If I did have any superstitions, it wasn’t about the shower itself; it was about having all the baby stuff in the house before the baby arrived.” She added, “We live in a different state than the rest of our family so I felt like I needed to get most things ready ahead of time, for my peace of mind. Because of the distance, I did an email baby announcement to friends and family with a link to a registry. Then on a visit home two months before I was due, my family threw me a surprise shower. It did feel a little weird having things like the crib and dresser and his clothes in his room before he was born, but at the same time, I knew that there would be a point when it stopped feeling weird and was necessary for me to feel ready and prepared for him, which to me was more important.”

Even in relationships where both partners are Jewish, the pressure from friends who want to throw you a party can be hard to say no to. Maya Reskinoff, a rabbi, told me, “I compromised — my family isn’t much for showers, but friends offered, and it felt powerful for me to have that sense of community in preparation for becoming a mother. My sense of balance hit at having a shower, but only once it was an OK time for the baby to be born, which for me meant making sure the shower was after 37 weeks gestation.”

I recently asked my husband how he really feels about not having a shower — and how his family feels about it, too. He said they were all a bit disappointed because it is a big tradition in their family, but he never pressed me, and I don’t think they will. They’ve already started gifting us some things, which we have hidden away in our closet.

Ultimately, I’ve decided that I’d love to have “un baby shower,” after the baby is born, when I feel fully comfortable celebrating everything that we have to celebrate.