How This Rabbi Wound Up With a Christmas Tree 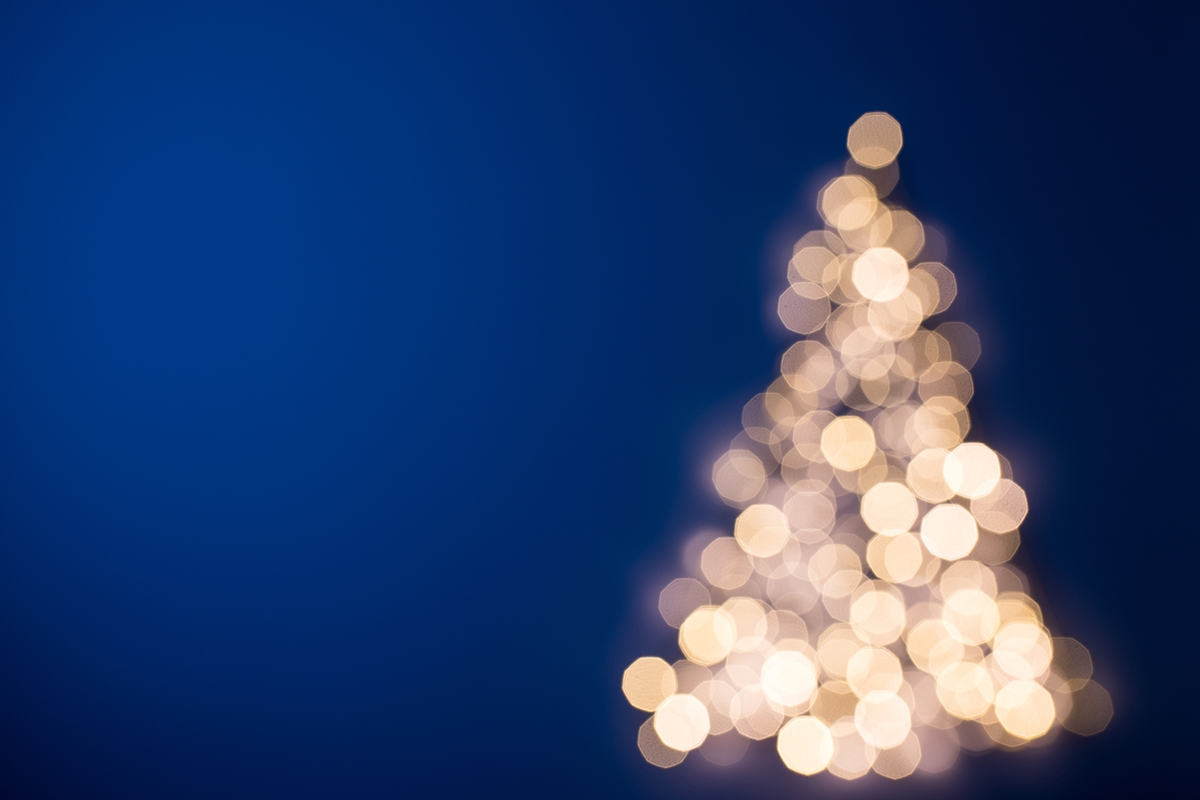 Harry Kemelman was never in the league of Saul Bellow or Bernard Malamud, but his 12 books about a crime-solving rabbi were page-turners that sold over 7 million copies. “Friday the Rabbi Slept Late” was the first, followed by “Saturday the Rabbi Went Hungry,” “Sunday the Rabbi Stayed Home” and on it went. A later book had a more daring title: “One Fine Day the Rabbi Bought a Cross.”

These books came to mind a year ago when it occurred to me that I had the perfect title for an as yet unwritten sequel. My book would be called “On Another Fine Day the Rabbi Ordered an Artificial Christmas Tree from Amazon.”

In my father’s assimilated Jewish home in Germany, Christmas was typically observed with a Christmas tree affixed with candles and accompanied with tasty lebkuchen and marzipan stollen. In December 1936, his last before leaving the country, he recalled going caroling with classmates at the American School in Berlin. My mother, raised in this country, told me about visiting her Jewish aunt and uncle with their Christmas tree. That tradition was not passed down to me and none of us missed it.

On the other hand, I vicariously participated in the holiday each year by watching “Holiday Inn” — made in 1942 with Bing Crosby and Fred Astaire — or its 1954 remake, “White Christmas.” For others, the annual ritual was watching “It’s a Wonderful Life” — and also taking a tour of the neighborhood to see which houses were lit up the best.

Because we live in an open society where we encourage our kids to have friends of all races, religions and ethnic origins, it should come as no surprise that they have opportunities to explore each other’s particular celebrations. We invite their children to our home to light menorahs, eat latkes and sing songs about dreidels. They invite us to trim their tree, enjoy some eggnog and sing “Jingle Bells.”

As a rabbi, I serve secular Jews and their families, many of whom are in intercultural or multiracial families. Intrinsic to our humanistic philosophy is for our children to know and welcome other traditions, some in their family, in addition to the Jewish culture that we embrace at home.

Last year, my wife Myrna and I became grandparents. My step-daughter, Blair, delivered a beautiful baby boy, Dylan Elijah, in September. While the baby’s father was raised going to church, he, like Blair, now takes a humanistic approach to religion. He also honors his Jamaican roots and his mother’s strong attachment to her religious practices. Dylan’s nanny, Justlyn, is similarly tied to her church and Trinidadian customs. Blair also has fond memories from the many years of celebrating Christmas with her half-Jewish half-Christian cousins. One of her aunts made sure that Blair felt included and routinely put Hanukkah gelt in everyone’s Christmas stocking. Whether or not the festival of lights overlapped with Christmas, Myrna made sure that Christmas latkes became a regular feature at the meal.

Because Blair’s pregnancy coincided with COVID-19, we were all concerned about her giving birth in an overcrowded New York City hospital. We were fortunate to be able to move together in a home an hour north of the city, where Blair found a recommended OB practice. Most people in this situation had no other choice but to make the best of it. We know fully well that our option to relocate was a true privilege.

Sometime in early November, I was minding my own business when I heard, out of the corner of my ear, Blair talking to Myrna about wanting to have a Christmas tree. It made perfect sense to Blair to acknowledge Dylan’s multifaceted roots and it would be pleasing to Justlyn as well.

I suppose they may have been a bit anxious about how the rabbi in the family would react. Even though I would be outvoted, would I try to exert some sort of veto power? Meanwhile, our son, Oren, who also overheard the conversation, preempted any resistance on my part by proclaiming, “Of course!”

I’m proud to say that after a brief moment’s reflection, I said that I was open to the idea. But not without some limitations. We were already a multicultural, multiracial home. Why wouldn’t it be appropriate to have a tree, too? I just didn’t want it to take over the house or our lives. I drew the line at having a 7- or 8-footer. I preferred something more modest, and it was not hard to find a smaller, alternative option. Blair was also already thinking ahead and wanted to forego a multi-colored display of lights with a more subtle nod to Jewish roots by using blue and white lights and ornaments.

When the tree arrived, Blair set it up and decorated it with loving care. The lights fascinated Dylan. Justlyn was appreciative. Together we enjoyed a sumptuous lunch that would not have been complete without Christmas latkes. Blair ordered frozen ones that just needed to be popped into the oven. We all decided they were as good, if not better, than the ones fried in oil, and a lot less work.

The next day a package arrived that I had ordered. It contained a traditional German marzipan stollen that my father enjoyed at this time of year. He introduced it to me and I have now introduced this favorite food to my family. It was a good holiday.

Alas, I have since become a diabetic, and the stollen is out for me, so I am now looking for a version I can eat. L’dor v’dor, from generation to generation — customs are passed down, evolve and make room for creative new expression.