I Always Thought of Myself as Jewish, Not Russian or Ukrainian — Until Now – Kveller
Skip to Content Skip to Footer

I Always Thought of Myself as Jewish, Not Russian or Ukrainian — Until Now 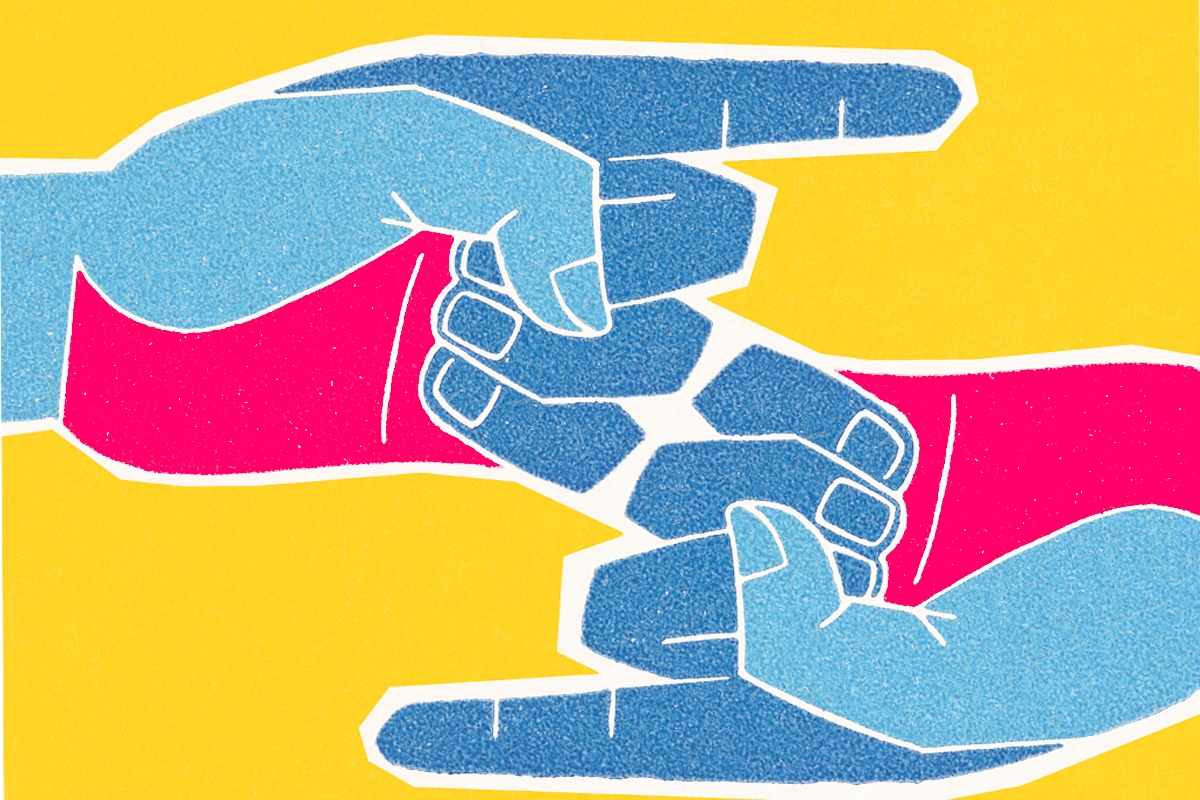 Like many Eastern European Jews, I am a mutt: an alloy of four distinct European countries blended to make this thing called me. On my father’s side, I am one-half Ukrainian and one-half Russian. This is an identity I rarely identified with, but now — as Russia wages war on Ukraine — it is all I can think about.

When you are Jewish, people rarely care or even understand that your genealogy is derived from an actual place, other nations. Instead, we are often clumped into one large group, and depending on your upbringing, you concede. It’s strange, really; most people of Irish descent would proudly wave their flag or crest before saying I am a Catholic (or a Protestant). For Jews, living a life of mobility and diaspora, where we are from often gets lost in the migration.

My father’s parents are the only ones I ever knew. They are also the ones I resemble most physically and probably intrinsically. I share the large, protruding ears of my Zada which have allowed me to listen better, and the moderate nose from my Bubbe to sniff out the BS in the world. These were the people I looked to when trying to understand where I came from, my identity. Yet, they rarely spoke or identified with these places of origin. Their countries were something they left behind. They were Americans now – thick accents and all.

While my name is of Russian nomenclature, it was the tough, steadfast woman from Ukraine that led our family, literally and figuratively. She was the one who posed as a gentile and got her family out of Ukraine and into Israel. She was one of the first women in Odessa to be accepted to dental school, which she was forced to leave when the war broke out. And while she never became a dentist, she never stopped working. She never, as I recall, smiled either.

As a traveler, I often contemplated visiting Russia and Ukraine to see where I came from, but would inevitably change my mind. These places were no longer my family’s home. They were exiled, really. My grandfather left Russia as a teenager after his parents were executed for the crime of being Jewish. He never spoke of this or carried a dark cloud with him. Instead, he sat there in his woolen vests and spoke in English clichés and quoted commercial taglines. He, conversely, smiled often.

I think of my grandmother today and how she would be feeling if she were still alive. I imagine she would be doing something fearless to help her people and I feel desperate to follow in her footsteps. It is a complex feeling, nevertheless, to hold an allegiance to a place that was so unwelcoming, but that is who I am. Those Kyiv molecules flow through my DNA – just as those of Russia.

I watch the news and see endless protestors from Russia. I’d like to think that the few remaining relatives I have there are part of this process, taking to the streets and fighting for justice.

I do not know if any family remains in Ukraine. If someone has a nose or ears like ours. I watch the news and stare into each face, hoping that a relative or descendant will pop out on the screen. No one ever does. I fear with all the destruction heading their way I may never get a chance to see for myself.

But they are not me. I am here. In America. Our family far from the roots of which we began. And yet I feel a pull to a place I have never been, to a people I have never known. I want to help them, because why should they suffer? Why should anyone?

I will scour the internet and find the best places to donate. I will fill my social media with yellow and blue to show my support, but I must do more. We must do more.

My grandparents rarely spoke in their native tongues, but when they did not want my father to understand them, they spoke in Yiddish. They were always Jews first. As am I. But it still does not mean that this attack isn’t that much more personal. That much more traumatic as its dominoes into all our deepest fears. Of war, of attacks, of hate. A world we are all too familiar with.

I am not sure of much these days, but I know this. I stand united with the Ukrainian people.

This one is for my grandmother.