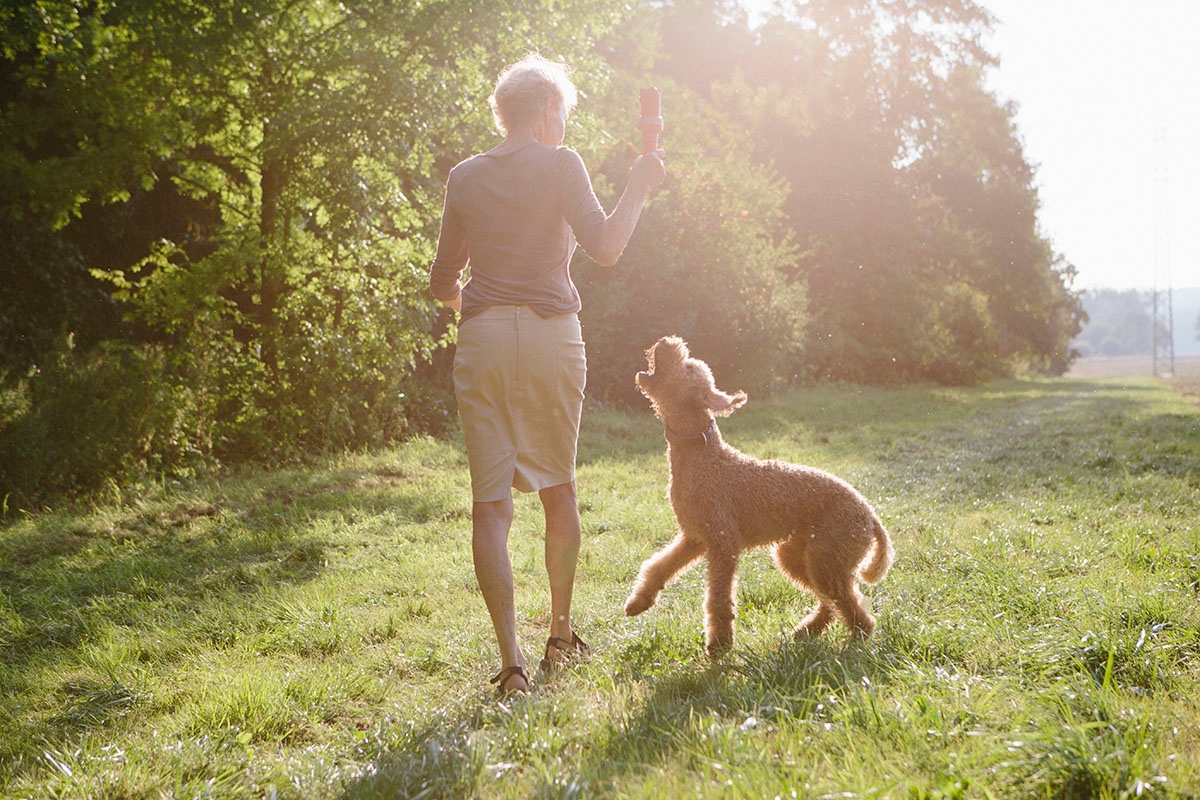 I’m a bubbe now, a status that usually requires no explanation. But in my case, it does.

Of course, being the Yiddish word for “grandmother,” bubbe is something of an old-fashioned name, the kind of grandma you associate with babushkas and comfortable shoes, both of which do not describe me at all. I like sun hats and kitten heels, workouts and tennis matches. Bubbe is a name that I never called either of my own grandmothers, but I decided to try it out on myself to see if I liked the sound of it. It certainly has an interesting ring to it!

The good news about being a bubbe is that I now get to flaunt pictures of my offspring’s offspring faster than a magician can keep plates spinning on a stick. The problem with showing such images is that, most of the time, people want to see something human — which is where my explanation comes in. You see, I don’t have any grandchildren — yet — but I do have living grand-offspring of which I am super proud.

It all started as something of a joke. I am in that over-50, under-65 age category — no spring chicken, as they say, but not completely over the hill yet, either. A great many of my friends — but not all — have grandchildren. Some have oodles, in fact. But I have none.

It’s not that I am completely jealous — I am pretty confident that I will become a grandmother someday. Given that my kids aren’t even married yet, however, that someday isn’t now. Still, it is hard not to be somewhat envious of many of my friends’ good fortune.

I love my friends. Really, I do. But I often wish that they would slow down the talk about their grandkids’ cuteness, smartness and adorability. It’s a tricky topic for me because, with no grandchildren (yet!), I have always had nothing to add to that conversation. But one day, it hit me: Maybe I could actually be a part of the discussion, just in a different way. Here, I’ll unabashedly admit it: In a desperate attempt to be full-in at these gabfests, I started taking pictures of my houseplants. Each new leaf was celebrated by a photo that I could share. I even named the plants! These were my grand-plants, I decided, and I was their bubbe. And, boy, was I proud — ridiculously proud!

Of course, my friends groaned and/or stifled laughter at my feeble attempt at fitting in. Admittedly, none of them actually wanted to take more than a glance at photos of my Dieffenbachia leaves or ivy. However, the effort was not for nothing — they understood my point. I love kids, and I love my friend’s kids, but was it necessary for me to see dozens of photos of newly-purchased, newfangled toys, or to be told about their darling’s intestinal fortitude? My friends are proud grandmas, which I totally understand, and those kids are part of their life and part of our talks. But such exchanges should be varied, and inclusive to those of us who are not quite — or might never be — at that stage in life. Showing my plant pictures was just a way to make a point without leaving the impression that I was a complete shrew.

But then, something happened. My son and his fiancé recently got a Goldendoodle puppy, with fur the color of Kentucky Fried Chicken and the texture to match. That puppy is a living creature who is way cuter than the emerging green leaves of houseplant. My mission going forward became obvious: no more plant pictures on my phone.

With great delight, I deleted all my plant photos and replaced them with a gazillion snaps of this newest offspring. Puppy Guthrie — named after a cool Chicago tavern where my son and his fiancé had had their first date — is now at the forefront of my mind. I find myself demanding new photos of him every week and I get excited about the changes I see. The pictures I love best show this cuddly puff of fur looking sheepishly at the camera after a naughty escapade of chewing furniture or eating ripped up clothes.

With Guthrie, I finally became a real bubbe — or something really close to it, at least. This is my granddog, after all! With this realization, I found myself acting more laid back when my friend chats turned to grandkids. It was all because I could share the latest on Guthrie. And what is he up to at the moment, you ask? He is mastering the art of dislodging treats from a doggie puzzle toy. (What a smart pup!) I try not to overdo the bragging — but let me just say that I anticipate that Guthrie will go to obedience classes, learn a furr-en language and maybe even have a Bark Mitzvah… ahh, bubbehood.

I know, I know: Guthrie is a dog, not a child. But he is a family member now, and watching my son and his fiancé interact with him warms my heart in ways I hadn’t anticipated. (And I like that feeling, even if Guthrie isn’t human.) It is as if my son and his fiancé seem to be mentally preparing themselves for the eventual possibility of having their own (non-fur) children someday. Then, of course, I’ll be a “real” bubbe — but, honestly, it doesn’t matter much either way now. Grandchildren or no grandchildren in the future, I can always gush about Guthrie. And that’s what being a bubbe is all about.