I'm a Jewish Dad. Here's How I'm Raising My Son to Be a Feminist. – Kveller
Skip to Content Skip to Footer

I’m a Jewish Dad. Here’s How I’m Raising My Son to Be a Feminist. 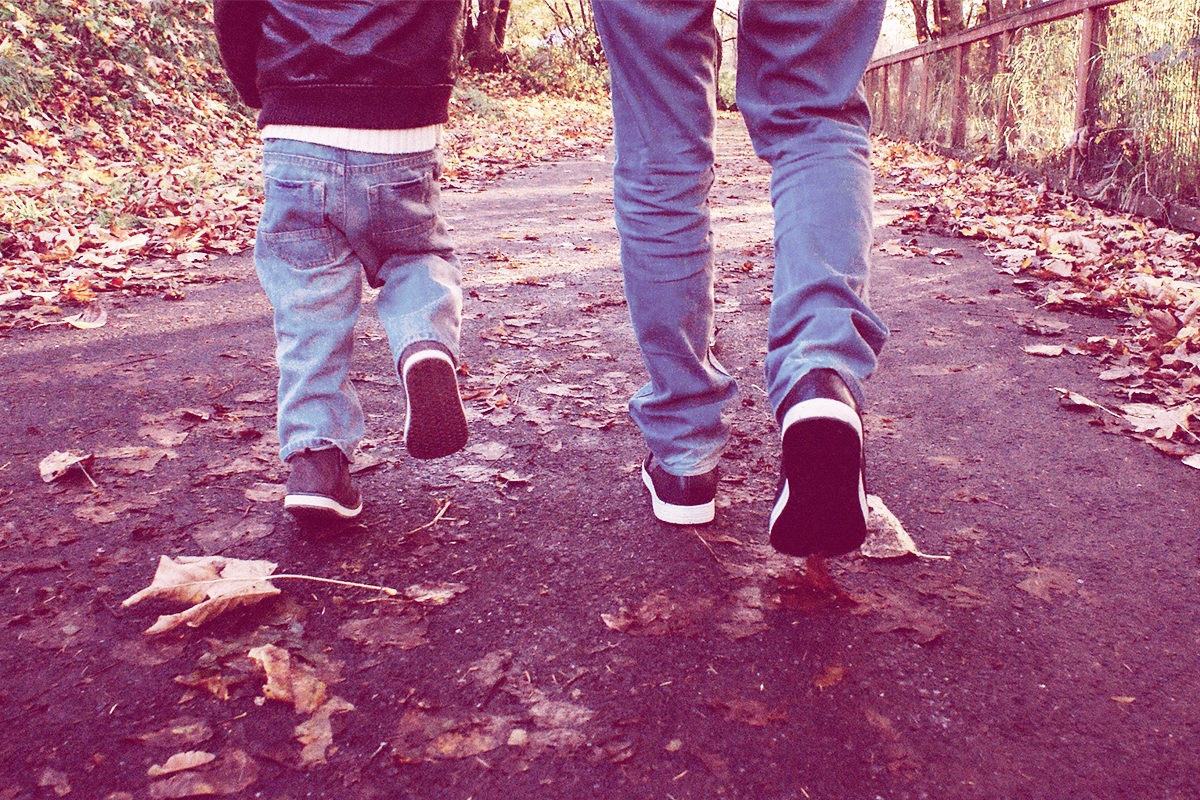 Last year, my 6-year-old son split his chin open after falling from a ladder. A 6:30 a.m. rush to the emergency room and five stitches later, we were able to settle him and our nerves.

When he had his stitches removed a few days later, a young doctor, a woman, attended to him. Out of the blue, he asked her: “Are you a junior doctor?”

“No,” the doctor replied, cool as a cucumber.

He pressed: “Have you mastered removing stitches?”

The doctor, unperturbed, answered affirmatively. My son then lay back calmly and let her remove the stitches in his chin, leaving a small, jagged scar, a kind of rite of passage.

The encounter left me with mixed feelings. On one hand, I’m proud of him: Here he was taking charge of his own healthcare, asking his doctors direct questions. I do want him to know the value of advocating for his best interests, and his precociousness did make me chuckle.

And yet, I felt concerned that he may have been exhibiting some inadvertently sexist behavior and attitudes. I suspect that my son’s underlying assumptions about his doctor’s credentials stemmed from prevailing attitudes about gender, something that he has absorbed from home and from the world around him. The episode made me pause to think about where he learns his day-to-day social cues. What kind of role model am I? In what way do we, as a family, model the kinds of relationships we want him to have?

I’m a Jewish parent, and the grandson of Holocaust survivors, so I can be an anxious parent. When my son and I go to a playground, I usually see all the places from which he can fall; I hold his hand tightly when we are in busy places; I keep him within arm’s reach whenever we’re away from home. This tendency, I believe, at least partially stems from my family’s experience: My grandfather lost his first wife and two sons at the Chelmno extermination camp. So, my father was raised by a loving, yet deeply broken, father. In many ways, he lost his ability to model how to be a father. We’ve been winging it in the two generations since, feeling our way as we go, while coming to terms with the implications of all that was lost.

I wasn’t raised to be an alpha male. I wasn’t taught how to throw a punch, use a hammer, or change a tire. My late father was a drama teacher, and he provided me with a masculinity that went against the grain. He was gentle, thoughtful. He kissed family members and close friends on the cheek. He told you how he was feeling and wouldn’t bottle up his emotions; you always knew where you stood. As a teacher, he was nurturing. His students came from all different backgrounds and identified across the sexual and gender spectrum.

It wasn’t until I became a parent that I realized I had learned something vital from him as I raise my own son: I have to show him how to be a mensch every day. I show him that parenting is a responsibility that his mother and father share equally; that, in our home, we support each other, celebrate each other’s successes, and that, at least within our bubble, gender ought not dictate what one can and cannot do. My wife and I share the cooking and cleaning responsibilities; we rotate school drop-off and pick-up. If our son is sick, whoever is available takes him to work or to the doctor.

I want my son to proudly identify as a feminist. Even more urgent, perhaps, than the equality we model at home is how I show him that, as men, we must be respectful towards women. As he grows, he needs to learn to respect their boundaries, both physical and emotional. He is lucky – he is surrounded by brilliant, tough women, from his mother and his teacher to his pediatrician and so many of our friends. He’ll grow up in a world where he sees women thrive professionally. Yet there is still work to do to ensure that he treats girls and women he interacts with every day as his equals.

The most important factor in teaching him these things is my behavior: I talk to him honestly, no room for bullshit. Through my actions, he learns that being a man doesn’t have to be mean being tough or strict — rather, I try to show him a masculinity that is caring and kind. I don’t hide how I feel. If I’m sad, I cry; if I’m angry, I tell him. I encourage him to tell me how he feels, and I give him space if doesn’t want to. Without passing on this basic emotional intelligence, this sense that he is allowed to feel how he feels, he won’t develop the maturity to consider how his own actions affect others.

In doing all this, I hope that one day my son will be part of making the world where gender, sexuality, ethnicity, race, religion, or physical ability won’t dictate whether or not a person is afforded basic human dignity. I hope he’ll help work towards a society where men see themselves as fundamental to solving gender inequity and where they instinctively see the dignity in people of all gender identities.

Only a few months after the incident with the stitches, my son woke up with a pain in his hip that prevented him from walking. His pediatrician quickly diagnosed it as viral synovitis, a condition common enough in boys his age and which simply required rest and monitoring. To be safe, we took him to get it X-rayed. The doctor was, again, a younger woman. My son was very nervous; it was his first X-ray and he didn’t know what to expect. Once again, he was assertive, but respectful, and he definitely thought seeing his bones up close was very cool.

Perhaps I made more of the stitches episode than was warranted; perhaps he truly was simply advocating for himself. Perhaps he was not, as I feared, absorbing attitudes about gender that still prevail in the South, where we live (and frankly, well beyond that). Still, it taught me that as his parent, I have to be vigilant about what messages I send him every single day, to model the kind of behavior that I hope he’ll ultimately see as normal, and then trust that he’ll take those lessons and run with them. As parents, that’s the best we can hope for.