I’m Finding Comfort in Judaism for the First Time Ever 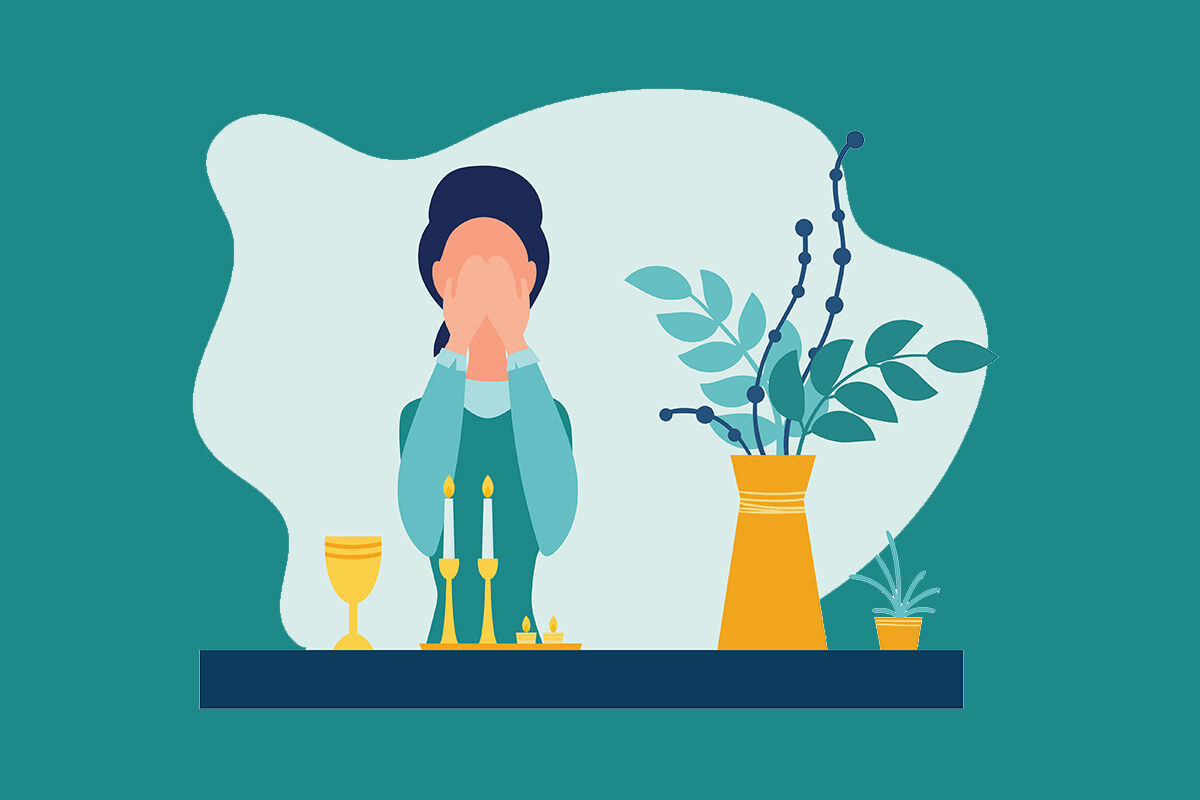 It was not a traditional opening for a bat mitzvah ceremony but here we all were, 140 of us and our families from around the world, fumbling around on Zoom. In London, my cousin’s daughter, Jessie, prepared to read from the Torah.

“What’s a bat mitzvah?” my 4-year-old daughter, Emi, wanted to know, as we sat on our couch in our New York apartment, staring at the TV screen.

“It’s a coming of age,” I said. “When you turn 13 you can read from those scrolls over there, do good deeds for others and your family, and the rabbi says nice things about you.”

Emi looked unimpressed. “And then you get a lot of presents,” I added. She perked up.

“Did you have one?” She asked. I shook my head.

At the time, my family had recently immigrated from Atlanta back to post-apartheid South Africa. My parents had left Johannesburg in the late 1970s, when my mom was 26 and my dad was 31. They couldn’t tolerate living in a country that legalized racism and segregation — but they never stopped missing home. So when Nelson Mandela was released from prison in 1990, they decided to return.

It was a tough couple of years. We were living in my grandparents’ house while we looked for a home of our own, and my grandfather and my father had a volatile relationship. As for me, I was a pre-pubescent eccentric with thick glasses and an American accent; I was the quintessential nerd and a perfect target for bullies at my new school.

My family did belong to a synagogue, but we were High Holiday Jews, only appearing at Rosh Hashanah and Yom Kippur services. I hated Hebrew school. I struggled over identifying the Hebrew letters while the teachers yelled at the boys making trouble. One day, I refused to go, and my parents, both atheists, didn’t push me. Instead I ate apples, read novels, and daydreamed about all the boyfriends I’d have once I got contact lenses and highlights. Our rabbi at the time was a far from savory character. One day, he had walked into our class, glanced at me and remarked, “First a little JAP, now a little Kugel.” (In South African slang, both terms are similar — and this was especially shocking as he and I had never met before.) Soon after this incident, he stole from the shul and ran off with a congregant’s wife, leaving the synagogue temporarily without a rabbi. Any halfhearted plans for me to have a bat mitzvah died on the spot.

And yet, I still prayed. South Africa was a country often dominated by violence. My grandfather’s brother had been murdered in his home, my father mugged, my mother carjacked. Generations of black South Africans had grown up under an unjust system of oppression, poverty, and hatred. And so, I prayed for my family’s safety and health, as well as for the safety and health of my fellow citizens.

Even as I prayed, however, I had to concede that the idea of God wasn’t logical. How could a loving God allow the appalling conditions of the townships to exist, and turn a blind eye to the endless cycles of poverty and violence?

When I was in my early 20s, in 2002, I moved to New York to get my MFA in the lucrative world of musical theatre writing. For the first time in my life, I was surrounded by fellow Jews, and it felt good. As a Jew in South Africa I was a minority, now in New York I always felt a small thrill each time I saw a menorah placed next to a Christmas tree or saw that the public schools were closed for Rosh Hashanah. Perhaps because I no longer had to “work” to fit in or feel Jewish, my relationship with God dwindled to nothing. I hardly ever prayed.

After I graduated, I pursued my career and nice Jewish boys, though I ended up falling in love with a Mexican Catholic. After two years of dating, we fell pregnant and got married. I was now one half of an interfaith couple, and then we had a second child. I realized that if I wanted my children to know about Judaism I’d have to take a more active role. I found myself schlepping them to a Tot Shabbat once a month on Saturday mornings, determined they would be able to sing the same songs as I did and know the same stories. But my family’s aversion toward God had permeated my skin. When the teachers spoke of Hashem, I grew uncomfortable, somehow embarrassed. Why bring God into this? I thought. Let’s just stick to loving our neighbor and being kind.

Now, however, as we watched the bat mitzvah and Emi and I snuggled on our couch, I found myself leaning forward, trying to soak in every Hebrew word Jessie sang out. “What is she saying, Mom?” Emi asked. I had to admit I didn’t understand, but I found the cadence was comforting.

The rise and fall of Jessie’s voice reminded me that our people had survived for thousands of years — through massacres, deprivation, plagues, and so much more. In our current time of fear and disease, here was something solid, warm, and familiar, something worth celebrating. I couldn’t get close to friends or neighbors — maintaining an anxious distance of six feet with the world outside my apartment — but in this moment, through the bat mitzvah, I was able to connect again, to be part of something bigger than myself.

Even more than my niece’s Torah reading, I loved the interaction among the different generations, each of us secluded in their homes. A grandmother sang “Que Sera Sera,” while a grandfather recited a poem, an aunt shared prose about charity, and a family friend spoke of generosity of spirit.

Their stories —which, I admit, I once might have found saccharine and cliché — held new gravity and meaning. The world has changed forever. The ability to share wisdom and perform acts of lovingkindness was no longer advisable, rather, it has become vital, as necessary as food and water. I realized I had changed, too. I didn’t care how witty or original the speakers were; I just wanted to be reassured that people were still good, still cared, still loved.

When Jessie successfully completed her portion, we all unmuted ourselves to scream “Mazel tov!” We also communicated our praise through the chat button. From Australia, South Africa, San Francisco, Israel, and New York, every participant was eager to honor her and her family.

“It means congratulations, and good luck.” I told her. And as I answered her question, I felt a solidarity, a pride in being Jewish I hadn’t known before.

My husband walked into our living room.

“I fixed your Lego castle,” he told my daughter.

“Mazel tov!” she said. I laughed at his surprised expression, and I kissed the top of her head.

Despite my misgivings about God, I had always planned that one day she and, in due time, her little brother would stand on the bimah and mark their transition to adulthood. But until that moment, I hadn’t realized that I also wanted to stand there, too. The thought took me by surprise, but it was a happy one. I would have to research adult classes. It would be something to plan and look forward to, once the pandemic is safely behind us. Smiling at the thought of what my parents would say, I went to go look for our hand sanitizer and face masks, preparing for our family’s daily walk.