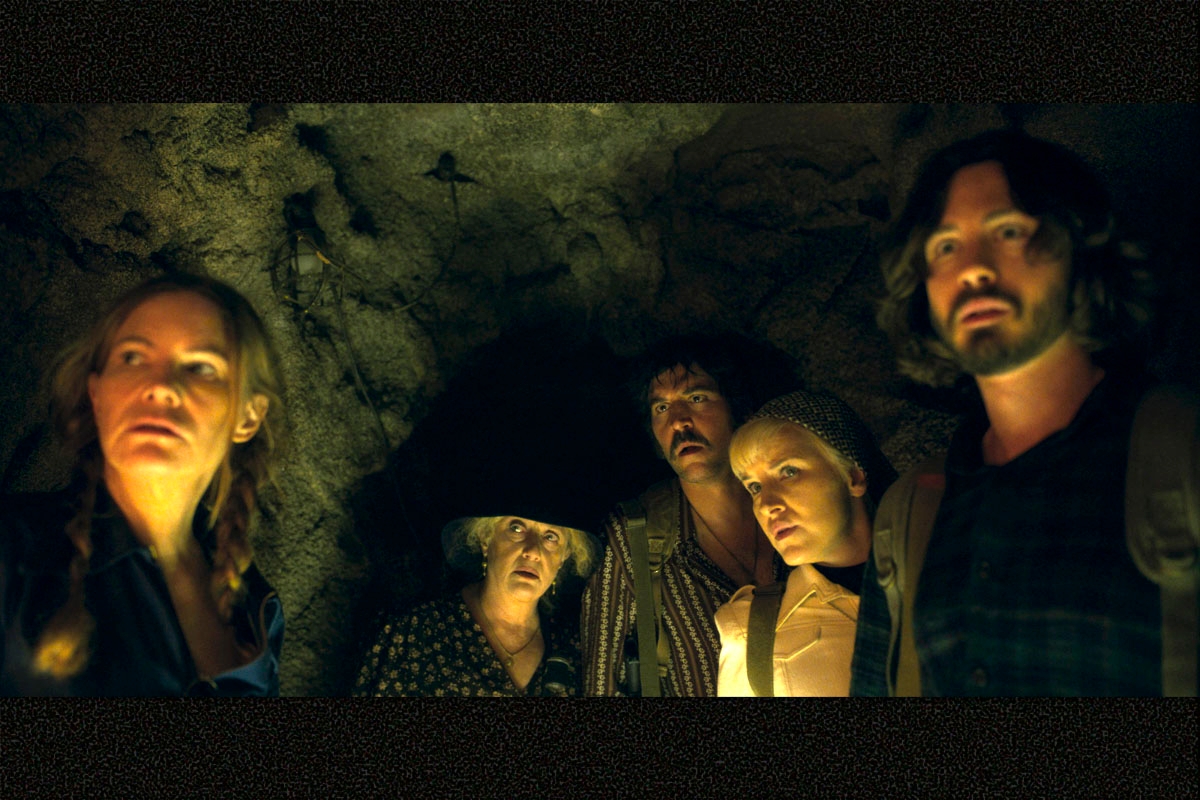 My mother always told me that if you don’t have anything nice to say, you shouldn’t say anything at all — a schoolyard tenet, that I must say, she hardly followed herself, but one that I still somehow let guide me through much of my time writing about pop culture.

I love celebrating shows and movies that aren’t the highbrow definition of Great Art but that are entertaining and enriching or even just delightfully diverting. Maybe it’s motherhood, and aging, that have dulled my desire to write scathing words about a work of art.

So I wasn’t surprised, when I wrote a positive review of the first season of Amazon’s “Hunters” — a show about Nazi hunters in an alternative 1970s America, where Nazis dream of creating a third reich — to discover that I was of a minority opinion, at least among critics. The show itself — Tarantino-esque and over-the-top, full of gratuitous violence and edgy humor — was incredibly popular among Amazon Prime viewers. But critics largely said the show was exploitative and somewhat schloky.

Beyond critique of the unevenness of its craft as a TV show, “Hunters,” to me, is a conundrum. What do you do with a show that has drawn the ire of the Auschwitz Museum and Jewish organizations for its fictionalization of the Holocaust? What do you make of a show that is so wild and out there about one of the most weighed topics in our people’s history? What do I do with it as the granddaughter of Holocaust survivors?

In the days and now years since I’ve written that the show was worth watching, I went back and forth about it. And watching the newly released second and final season of the show, I still had my moments of uncertainty. But also, I still, very much, wanted to keep watching.

In the alternative reality of “Hunters,” and in the head of some conspiracy theorists to this day, Hitler didn’t die in that bunker in Germany, and is hiding instead somewhere in South America. The team of “Hunters,” discombobulated by the discovery that their head, Meir Offerman (Pacino), was a wolf in sheep’s clothing (a Nazi pretending to be a Jewish Nazi hunter) decide to band together again for one final mission.

It’s notable that this final season of the show, with its potent Holocaust revenge fantasy, comes just a few weeks before International Holocaust Remembrance Day on January 27. It’s been 78 since Auschwitz’s liberation. Less and less people know about the Holocaust. And antisemitism is still making the news.

“Hunters” is a fantasy of resistance, told by the grandson of a Holocaust survivor. Carol Kane’s Mindy Markovitz and Jennifer Jason Leigh’s Chava Applebaum are both survivors and fearless fighters. It is inspiring to see these two badass women fight and use their words to vanquish the evil that is Hitler.

There are a lot of magnetizing things about the show, from its production value (this show truly goes all out), to its humor, but arguably the best thing about it is its cast (and I do mean its entire cast, because every actor in this show is so good). Casting Jewish actress Leigh, who is a master of gravitas, as a Holocaust survivor and Nazi hunter is absolutely perfect.

The new season is just as over the top as the first one, full of literal viscera and violence and sometimes melodramatic dialogue. It is more cohesive because its sole focus is the hunt for Hitler (played by German actor Udo Keir, who manages to make the fuhrer both frail and terrifying). Since the flashbacks are not ones of the camps, like in the first season, instead showing fictional scenarios surrounding the show’s main characters and of Meyer Offerman’s doings before he was killed at the end of season one, it is less likely to be accused of Holocaust revisionism. In fact, it’s the flashbacks that are the most interesting and alluring parts of the show, as out there as they are.

There’s something so camp about this show — so, as the kids used to say, extra. A brutal murder involving a butter sculpture. A reimagining of “The Sound of Music,” yodeling in the same mountains where the movie was shot. In one episode, a weird, reversed 1940s version of “Saw” made for truly bonkers TV. There were plenty of moments when I laughed and turned to my husband with a, “Seriously?” But none of these moments quite made me want to stop watching.

“Hunters” could do less, and it might have been a better show for it, but it also perhaps wouldn’t be “Hunters.”

We live in a world where many have a hard time distinguishing fact from fiction. It may seem like a foreboding time for a show that takes such liberties with tales about the Holocaust. So yes, it worries me that people will watch it and take it at face value, not trying to extricate the facts from the fiction. But the people doing that with “Hunters” are probably doing the same thing with way more dangerous media products, like fake news and hateful documentaries (which, incidentally, can be found on Amazon’s streaming platform). I’m more worried about those things than a show that has, ultimately, good intentions.

Most viewers should be able to distinguish that “Hunters” is clearly fiction. Yet, the way it makes you inquire about what it is fact is something that I actually love about the show. Nowadays we watch TV with a phone in our hand — with Google literally at our beck and call — and it’s easy to move from fictional TV to an exploration of real history, especially if you know which sources to trust (and if you want to read more about the actual Nazis hunters it is based on, I’ve got you covered).

Amazon’s “Hunters” does not deal in any sort of new profound revelations about the Holocaust. For that, we can look to Ken Burns’ “The U.S. and the Holocaust,” Judy Batalion’s “The Light of Days,”  or perhaps Hulu’s upcoming “We Were the Lucky Ones.”

Still, “Hunters” relies on so many truths about the Holocaust — the looting of property and businesses, the loss of homes, the casual cruelty and inhumanity of war, the lived experiences of survivors, the Nazi hunters who did exist, and the reverberations of trauma.

Many people have drawn parallels between “Hunters” and “The Boys,” Amazon’s other gruesome and bloody show about superheroes. What those two shows do well is talk about how sometimes, there’s a lack of nuance in “evil.” The Nazis in “Hunters” are very clearly “bad guys” in the classic sense of the word. There’s not real nuance to their hatefulness. The show’s creator, David Weil, doesn’t try to get us to psychologize Hitler, or understand his motives in any kind of deeply human way.

As a mom of a child who has recently discovered the world, I struggle with the term “bad guy.” I don’t want to teach my child that anyone is inherently good, or inherently evil. But recent incidents of antisemitism show us that sometimes you can’t just take someone to a Holocaust museum, or invite them over to Shabbat dinner, and make their hate go away.

Spoilet alert: The show culminates in catching Hitler — I hardly think that’s a surprise. His capture results in a big war crime tribunal, one led by a German judge with Nazi sympathies. At the trial, Hitler is defended by a Jewish lawyer, but the case against him is made by Oliver Frankel, a Black Jewish man.

Nyasha Hatendi’s performance as Frankel is quite excellent — and he ends it all with a repudiation of Hitler’s ideals of a third reich, adding that each reincarnation of Hitler’s evil will at the end be vanquished. And yet the Hitler of “Hunters” is right when he says that his ideas, and his people, go far beyond Nazi Germany.

I think a lot of the recent trials of elderly Nazis. I read about them in a sort of detatched way. I can’t ask my grandparents and great-grandparents, all survivors, what they think about them. Is it justice? Is it satisfying? Nothing will bring back time, and even a show that does just that can’t give us any real satisfaction.

And the hate that Hitler used and manipulated to gain power? It’s still kicking.

It’s strange, being a Jew right now, for so many reasons — from Kanye West tweets, to Israeli politics, to “Jewface” debates. And despite the fact this is a time when Holocaust education is so needed, and book bans of Holocaust books keep making the news, and less and less people in the general population know and understand the Holocaust, I think a lot of us do experience a kind of “Holocaust fatigue.” We grew up so saturated in it — from Hebrew school, and synagogues, to conversations at our dinner table. It’s sometimes too much to also consume movies and TV shows and books about it.

But at the end of the day, Weil created a show about the Holocaust that I actually wanted to watch. Yes, it made me cringe sometimes, but it also got me to look into history, in its own strange way. It reminded me that despite the fact that the horrors that I saw on screen weren’t actually real, the truth was sometimes just as gruesome, callous and gratuitous. 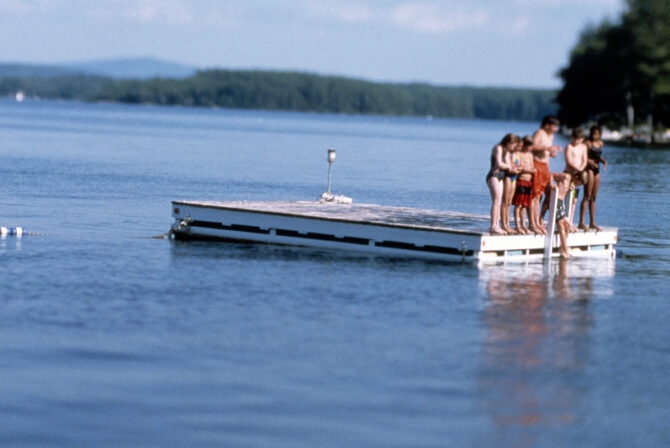