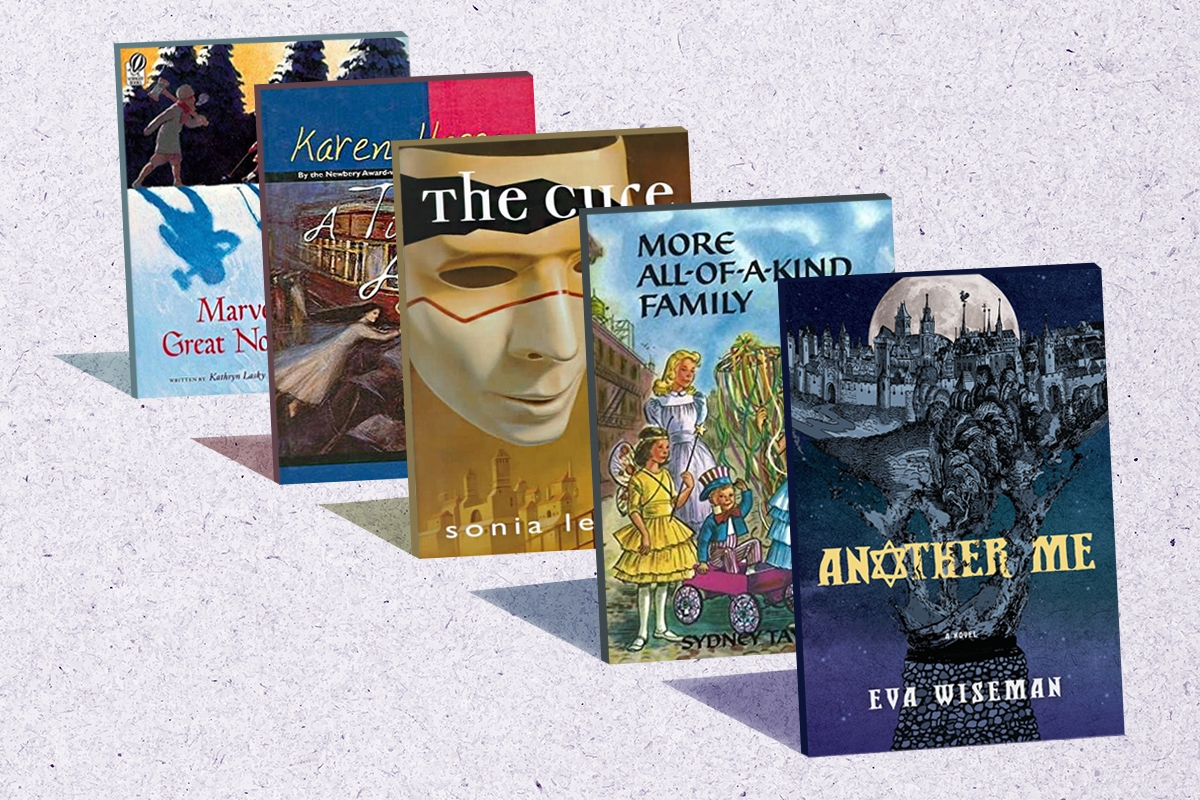 Throughout the current coronavirus pandemic, many of us have found comfort in a variety of ways, from baking or gardening to binge watching Netflix.

But have you tried reading historical fiction that addresses previous pandemics? True, reading novels about, say, the Black Death or the flu at this time might sound horrifying — but it can also be fascinating and, at times, reassuring, to learn more about human resilience during prior epidemics.

Famous examples of adult literary novels that grapple with this subject include Year of Wonders by Geraldine Brooks, set amidst the plague in England in 1666, and Pale Horse, Pale Rider by Katherine Anne Porter, about the influenza epidemic of 1918. But for Jewish families in particular, did you know there are several works of fiction — written especially for kids and teens — that both address pandemics and feature Jewish characters as protagonists? In fact, all of these primary characters face extra challenges due to their Jewish identity during these trying times.

I recommend the following novels as excellent starting points for discussion with your children about coping strategies during historical outbreaks of dangerous diseases.  You can also bring up situations relevant to living through a pandemic as a modern Jewish kid or teen, using these books as a starting point for discussions about remote learning, Zoom bar and bat mitzvahs, missing friends, and everything in between.

Sydney Taylor’s classic five-book All-of-a-Kind Family series takes place in the early 1900s in New York City’s Lower East Side. The series chronicles a lively Jewish family with five feisty, smart daughters and a young son, painting a vivid picture for young readers of what Jewish life was like back then. A chapter in this second book of the series, “Epidemic in the City,” deals with the polio epidemic in New York City in 1916 — a wave that hit the city hard, causing around 2,000 deaths.

Particularly for young readers who are residing in  New York City during coronavirus, parts of this chapter might really hit home from an emotional standpoint. Taylor deals with the subject with honesty, warmth, and well-written observations, particularly when a person with whom the family is very close comes down with polio. The chapter realistically and thoughtfully portrays how the children understand the situation — especially as the person ends up with a permanent disability from polio — and how the children and the extended family come to cope with the situation. The entire book is wonderful and well worth a read; it makes a great read-aloud for younger elementary school children.

Marven of the Great North Woods by Kathryn Lasky

10-year old Marven, the son of Russian Jewish immigrants, is sent from his hometown of Duluth, Minnesota to a remote logging camp to avoid the Spanish flu pandemic of 1918. This story — based on the author’s father’s own experiences as a child — is told in both pictures and words, so it’s also appropriate for early elementary school children who aren’t reading yet.

Unlike the other books on the list, this doesn’t get graphic with the descriptions of the pandemic’s consequences, but it’s an excellent starting point for discussion for talking about why Marven is living far away from his parents, as well as how he tries to keep Jewish traditions (like keeping kosher) when living away from his family.

A Time of Angels by Karen Hesse

Another book that deals with the 1918 flu pandemic, this beautifully written novel tells the story of a young Jewish teen in Boston named Hannah Gold. Hannah’s father is fighting in World War I; her mother is stuck in Russia, tending to a sick relative; and the timing is even worse as Boston becomes ravaged by the flu. A series of challenging events lead Hannah to befriend and stay with a kind German farmer named Klaus Gerhard.

Weaving in touches of fantasy and the supernatural, this book also touches on relevant topics such as racism, poverty, and American’s prejudices against Germans during this time, while also weaving in elements of Hannah’s Jewish identity. (For example, like Marven, above, Hannah also grapples with keeping kosher while living outside of her family in unusual circumstances. )

Another Me by Eva Wiseman

Set in medieval Strasbourg, this young adult novel is actually narrated by an ibbur — a ghost who enters another soul — of a young Jewish teenager named Natan who succumbed to the plague. Natan’s soul has entered the body of a Christian apprentice — yes, a teen romance is involved — and the novel describes in vivid detail what it was like to be Jewish in Europe during an outbreak of the plague (as one might, unfortunately imagine, it is hardly ideal).

This novel deals frankly with the intense and often deadly antisemitism Jews faced in medieval Europe. Given its graphic descriptions, it is most definitely for older, more mature readers, and it provides a very solid point for discussion with teenagers about a myriad of topics ranging from Jewish history of the Middle Ages to antisemitism (both contemporary and historic) as well as what life was like during a prior pandemic.

The Cure by Sonia Levitin

Though the main setting of this young adult novel is in a dystopian future-world, a large part of the book focuses on the protagonist being sent back to medieval-era Europe at the onset of the plague. Protagonist Gemm 16884 opts out of being “recycled” by his society and chooses the “cure” — and becomes Johannes, living (like Natan in Another Me) in Strasbourg and facing the extreme antisemitism of his non-Jewish neighbors during the Black Death. The novel skillfully weaves fantasy with historical fiction to give teens a fuller picture of what it was like to be a young adult in Jewish medieval Europe during a pandemic. It makes for a perfect companion read alongside Another Me.