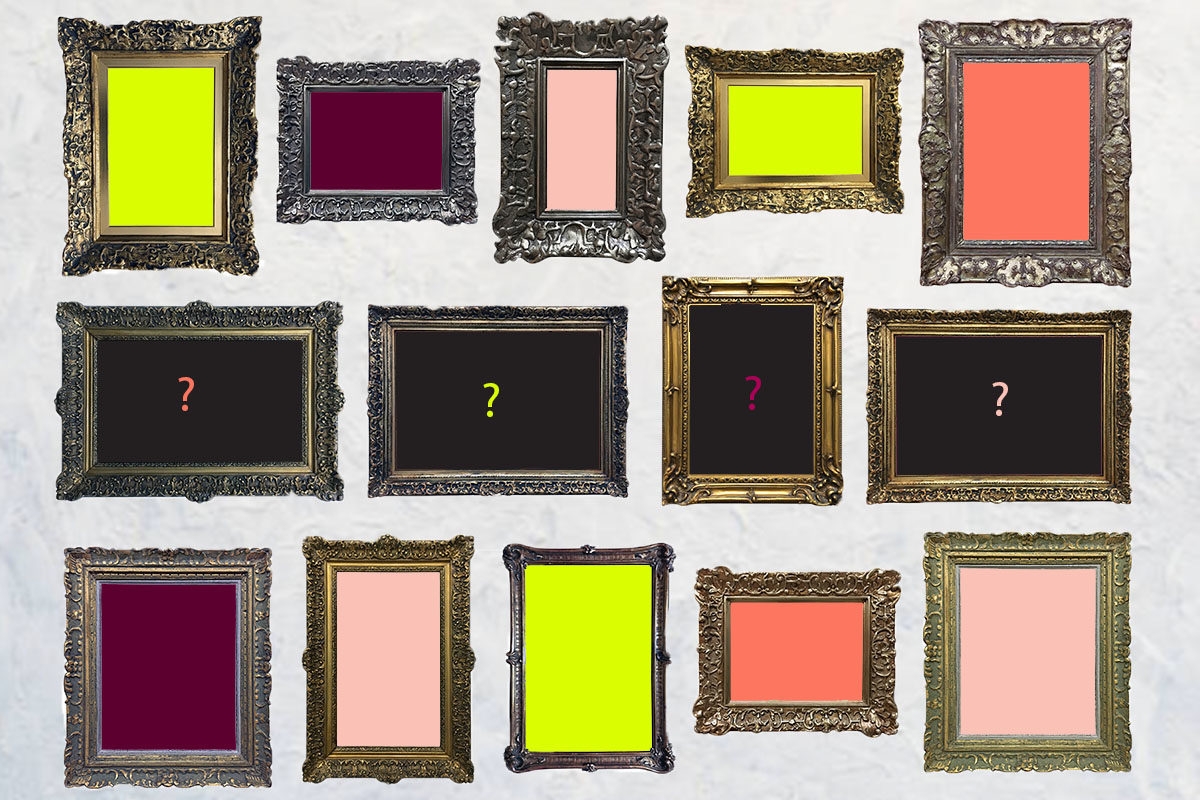 Not too long ago, my 4-year-old made the kind of discovery only a kid can make. It was something so obvious and so simple — and yet so powerful it changed the way I think.

I noticed my daughter was hovering in front of a tall bookshelf. A very tall bookshelf that I’ll admit wasn’t properly mounted to the wall and was filled with dozens of breakable items. I ran over to prevent some looming disaster from taking place. But then I noticed she wasn’t actually climbing or reaching for anything. She was just standing there, thinking.

Her little scrunched up face and curious eyes were hard at work. I assumed she was hatching a plan to climb to the top shelf and find a coin or nail or other random choking hazard I stashed up there months ago.

But no, that wasn’t it at all.

“Mommy, why aren’t you in any pictures?” she asked bluntly as she studied the 14 framed photos on the shelves.

I took a closer look. She was right. I wasn’t in a single one.

I was impressed with my daughter’s easy grasp of this concept, and her discovery prompted me to investigate further. I looked around and only found one family photo that included me on display in our entire home. I also looked on my phone (our family’s main camera) and noticed that while I had almost 6,000 images stored, I was in fewer than 50 of them. Most of those photos were awful selfies, multiple takes of the same shot, or blurry pictures taken by one of my two kids.

It was as if I didn’t go apple picking with my family last fall, or to the beach last summer. Did I go with my kids and husband to Sesame Place on that boiling hot July afternoon? Did I actually attend my daughter’s sixth birthday party? After all, the obligatory group shot around the cake includes almost everyone —  except me.

Among the dozens of roles I play each day, I am our family photographer. I chronicle our history, capturing funny moments, beautiful moments, firsts, celebrations, family gatherings, and everything in between. Seven years ago, when my first child was born, I took this responsibility very seriously. I knew it was the only way anyone but me would witness any of the crazy stuff happening every day — those regular moments that are so precious among the ones you love.

But with my daughter’s discovery, I realized that I was failing at my job. I was leaving myself out of our story.

They may not be “Insta ready,” but I treasure those images. I love the pictures of my parents and grandparents, even my great-grandparents. Like the one of my great-grandmother sitting on a lawn chair in my childhood backyard, watching her family through her thick, super-stylish black glasses. There’s also a photo of me studying my mom carefully while she’s lighting the candles on my birthday cake (I think I was 5). She’s wearing a beautiful yellow summer dress. I don’t remember the party, but I remember that dress.

Since my daughter’s realization, I’ve taken some steps to take more meaningful photos and be included in a few along the way. I haven’t mastered them yet, but I hope you’ll find these useful:

While these are not always the most flattering photos, they get the job done. I will never understand why my kids love selfies so much, so I never have trouble getting them to take one with me.

A few years ago, my 7-year-old discovered that she could take photos on my phone without knowing a code to unlock it. So every once in a while, I find photos and videos that show the world through her eyes. I’ll admit many of them make me dizzy, but mixed in there are some amazing images. Now, I try to remember to pass her the camera every once in a while — as long as we are nowhere near a body of water.

3. Hand off the camera or phone to a friend or your partner.

Every once in a while, I switch places with my husband or friend and jump into a shot with my kids. This doesn’t come naturally to me, though; it often doesn’t occur to me to take a break and let someone else take the shot until the moment has almost passed. So I have enlisted the help of my kids and husband to give me reminders.

4. Hand off the camera to a stranger.

This is a hard one for me to get used to, for obvious reasons. (Or maybe you didn’t grow up watching National Lampoon’s European Vacation?) After carefully scoping out the options, there is usually another parent or grandparent taking a picture nearby. Often after taking this measured risk, I offer to return the favor.

There are always friends and relatives taking pictures at family gatherings and events. You may even be in those pictures. Remember to ask them to share! Treat them like your own photos — meaning, don’t forget to save and archive them, so they can be found later.

Ever envy your friends who have these beautiful portraits of their entire family, either dressed to the nines or wearing casual, coordinating outfits? You, too, could be those people! Schedule a session with a photographer. I’ll admit this is not on the top of my to-do list, but I may give in this year.

OK, so maybe you are not the main photographer of your household. But someone is! Are they actually in your family photos? Whose faces are missing or underrepresented? Take a minute to sift through some of those images now, and take steps to switch things up. While your kid is still a kid.