Jamie Lee Curtis’ Interview with Her Daughter Ruby Has Us Kvelling 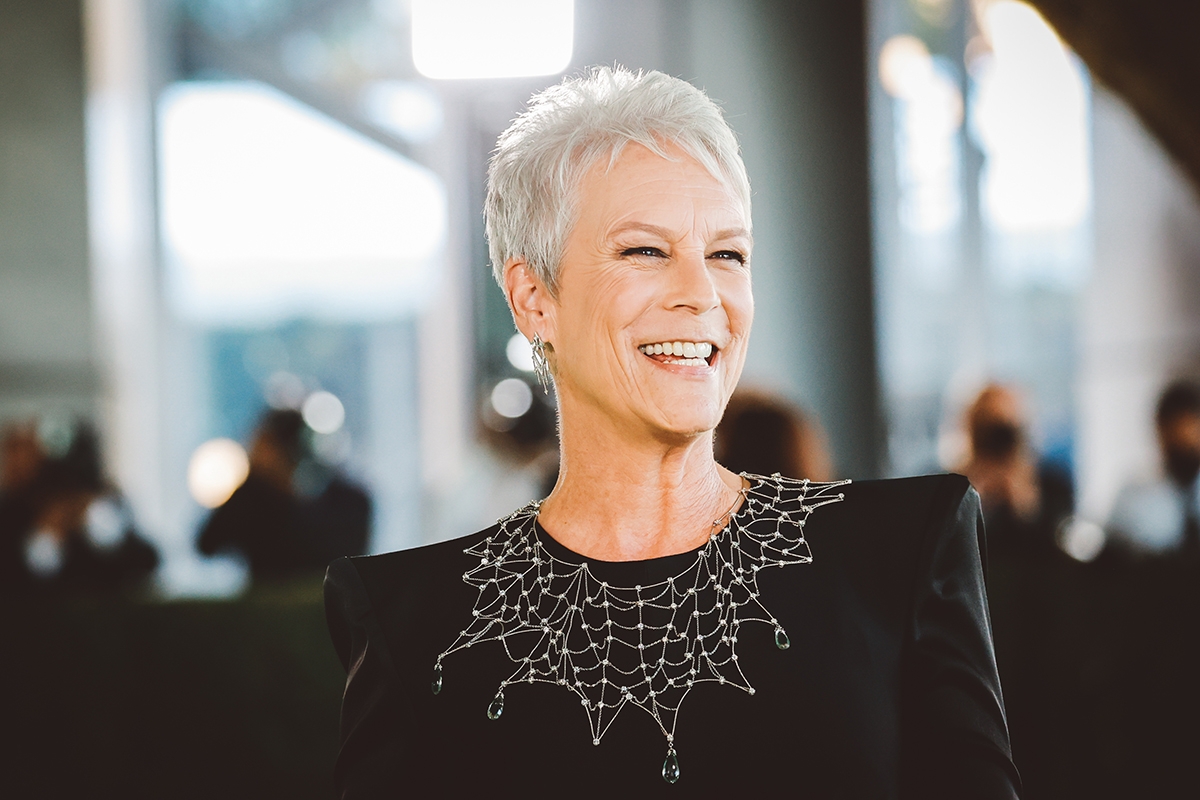 Jamie Lee Curtis just got us all in the mom feels! In an interview with People this week, Jamie Lee, 62, and her daughter Ruby, 25, discuss their relationship — which is honestly very much #ParentingGoals, as the kids (read: millennial parents) used to say. (We’ve previously established that she is #GodmotherGoals to famous sibs Jake and Maggie Gyllenhaal.)

As a Jewish parenting site, we can’t help but kvell over the actress’s exemplary parenting skills, and we’re blown away by how vulnerable, moving and important this article, which was published yesterday, is.

Jamie Lee, whose father, Tony Curtis, was Jewish — and who is currently on a mission to restore her grandparents’ synagogue in Hungary — has two daughters with her husband, Jewish actor/director/screenwriter (and baron) Christopher Guest. Annie, the couple’s eldest, is a dance instructor who got married in a Jewish ceremony in 2019, and Ruby is a video editor for a YouTube gaming influencer. They are both fairly private people.

And yet, Jamie Lee and Ruby chose to open up to People about Ruby’s coming out as trans, as well as their experience as a mother and a daughter navigating her transition. Why? Because, as Jamie Lee tells the magazine: “If one person reads this, sees a picture of Ruby and me and says, ‘I feel free to say this is who I am,’ then it’s worth it.”

Ruby echoes the sentiment: “I’m happy to be more visible if it helps others,” she says.

The People article includes two pictures of the mother-daughter duo: one of the two of them dressed up for the “Halloween Kills” premiere, in which Jamie Lee dressed up like her mother, “Psycho” star Jane Leigh, and Ruby dressed up as a character from the video game Undertale. It’s an adorable and slightly geeky picture, a sweet moment of family bonding. In another photo, the two are seen together, dressed in black and smiling. Ruby has one hand on her mother’s shoulder and the other one holds her mother’s hand. They’re smiling at the camera, their faces brimming with love; Jamie Lee clearly proud to be flanked by her adult child.

The interview is subtly but undeniably powerful. Jamie Lee is one of a handful of celebrities who have publicly embraced their trans children, a cohort that includes Dwayne Wade, Gabrielle Union, Charlize Theron, and Cynthia Nixon. But this lovely joint interview with a star and her adult daughter, about acceptance and growth, is unique for its openness and vulnerability.

Jamie Lee first opened up about Ruby and their relationship in an AARP interview earlier this year (in which she divulged how an iconic phrase from Hillel the Elder helped inspire her to change her life). She told the magazine how she and her husband “have watched in wonder and pride as our son became our daughter Ruby. And she and her fiancé will get married next year at a wedding that I will officiate.”

In the interview with People this week, Jamie Lee makes it clear that, aside from the joy of knowing her daughter for who she truly is, the experience has also been incredibly humbling. “It’s speaking a new language,” she admits. “It’s learning new terminology and words. I am new at it.”

“You slow your speech down a little,” she adds. “You become a little more mindful about what you’re saying. How you’re saying it. You still mess up, I’ve messed up today twice. We’re human.”

Of course, purposely misgendering kids is abusive and unacceptable but for many loving and accepting parents, there is a learning curve even when they seek to do the best for their children. And Ruby admits that she doesn’t fault her mother for these mistakes. “I’m going to blow it, I’m going to make mistakes,” Jamie Lee says. “I would like to try to avoid making big mistakes.”

Ruby opens up about her own experience coming out to her parents. It was complicated, she says, despite knowing how open and accepting they’ve always been of her. “It was intimidating — but I wasn’t worried,” she says. “They had been so accepting of me my entire life.”

She recalls driving to her parents’ LA home to come out to them both but never working up the courage. Instead, she came out by text after their meeting — and what ensued was a tearful phone call. Her experience illustrates that even for those of us with loving, accepting families, coming out is still incredibly emotionally fraught.

Still, according to Jamie Lee, being able to support her daughter is just part of the job description when you become a mom. When, in the interview, Jamie Lee asks Ruby how she can do to better by her, Ruby responds: “You’ve done the most you can, and that’s all I want.” That’s really one of the best things a grown child can say to their parents.

“I’m learning so much from Ruby… I’m a grateful student,” Jamie Lee says.

We just love this so much! After all, as parents, we are all humble students, learning every day how to best support each and every one of our children. Jamie Lee Curtis has shown us how she does that for her daughter, learning to love her and learning to be a better person from her. This beautiful duo has shown us an example of what every trans kid deserves: love, acceptance and openness from their families and from the world.

As Ruby says in the interview: “Helping others is something everyone should do. I don’t think it’s only our household thing. It should be a human thing.”