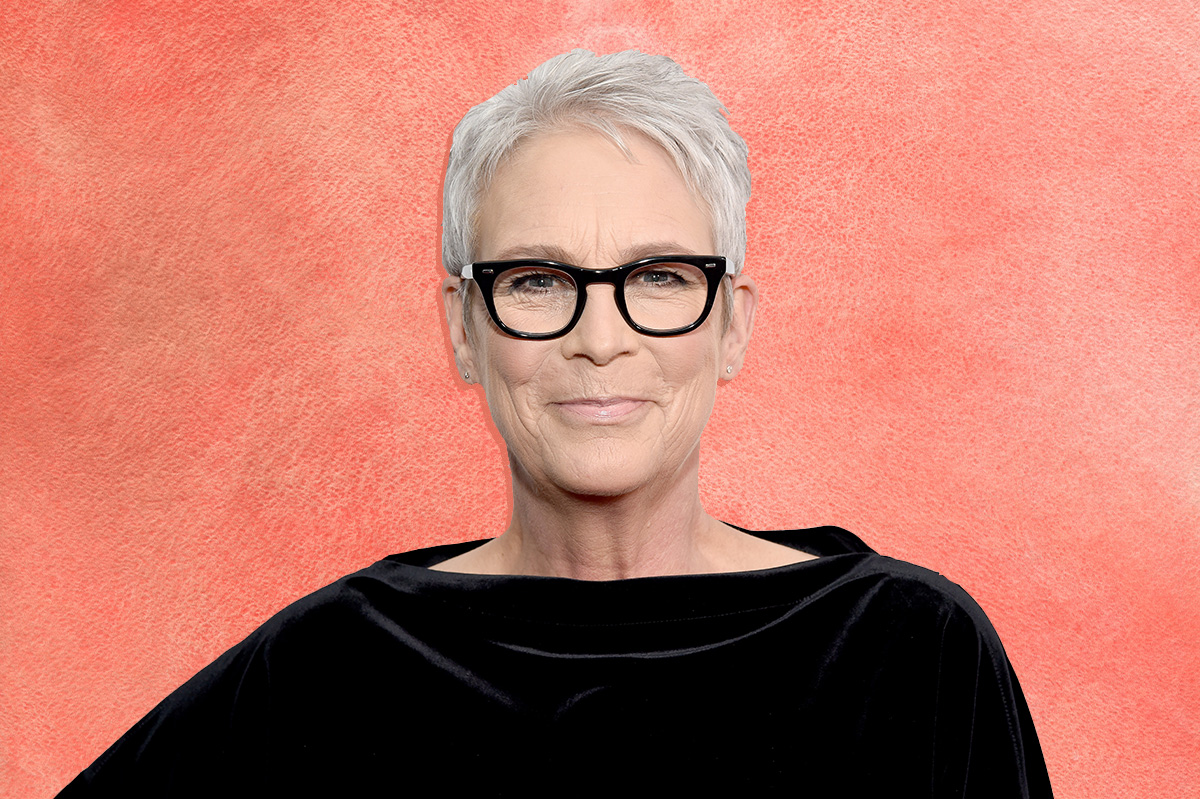 We are truly kvelling over Jewish actress and absolute icon Jamie Lee Curtis, who reflected in a recent interview with AARP Magazine that now that she’s 62, she’s finally becoming the person she wants to be. These days, Curtis — who has decades of film experience under her belt, from her 1978 debut in “Halloween” to her recent role in “Knives Out” — “radiates energy and enthusiasm,” according to the article. What’s more, she’s kept incredibly busy throughout the pandemic, launching numerous creative and philanthropic ventures.

Described in the piece as a woman “in full bloom,” Curtis explains that she commenced a “great mental migration” when she was in her 50s — after her kids were grown and she  overcame her drug addiction —  as she realized she only had a limited time left to do all the things she wanted to do. A voice in her head kept saying, “If not now, when? If not me, who?”

If that phrase sounds at all familiar, well, congrats on paying attention in Hebrew school! “If not now, when?” is part of the famous passage from the Talmud that’s attributed to the Jewish sage Hillel the Elder. The full passage reads “If I am not for myself, who is for me? When I am for myself, what am I? If not now, when?” (Pirkei Avot 1:14)

This foundational Jewish ethics epithet has inspired countless Jewish social justice movements —  and clearly it had a profound effect on Curtis, too. Curtis says her version of the phrase inspired her to begin her own “Jamie University” — reading, studying, observing and putting her ideas into action. Sounds pretty Jewish to us!

As it happens, another major Jewish writer had a profound impact on Curtis’s desire to change her life: E.L. Doctorow, who grew up in the Bronx, the child of second-generation Russian Jews, who named their son after Edgar Allen Poe. A quote from the writer moved Curtis deeply: ”When ideas go unexamined and unchallenged for a long enough time, they become mythological and very, very powerful,” Doctorow told Bill Moyers in 1990. “They create conformity. They intimidate.”

“I realized it’s about calcification,” Curtis explains in the AARP interview. “It’s about creating conformity so you don’t rebel … If something’s not working and we don’t look at it, rip it down and start again, then we’re perpetuating the same intimidating force that Doctorow was talking about.”

Together, these phrases inspired Curtis to reconfigure her life. Professionally, that meant trying new things, including “Letters from Camp,” a fictional podcast that centers on a summer camp. This project was inspired by a letter that Curtis’s goddaughter, Boco Haft, had sent to her years ago from sleepaway camp. Haft — who is now an adult screenwriter — and Curtis partnered up and launched the podcast last year. The podcast, now in its second season, is all about a sixth-grade girl who tries to solve a mystery during her summer in Maine. (It also features numerous Jewish stars, including Jake Gyllenhaal, Daniel Radcliffe and Sunny Sandler, Adam’s Sandler’s 11-year-old daughter!) You can hear all about it in Curtis’s own words here:

On a personal level, Curtis tells AARP that her “metamorphosis” has inspired her to continue to let go of things that don’t serve her. “I am somebody who sheds every day,” she says. “Let’s get rid of that, I don’t need that. It’s all about old ideas that don’t work anymore.”

Along with letting go of things like “vampire friendships” —  friendships that suck the life out of you — Curtis has also abandoned the “old idea” that gender is fixed. In the interview, she discloses that her younger child, a 25-year-old computer gaming editor, has been living as Ruby, a trans woman. What’s more, Ruby is engaged to be married next year! Curtis says that she and her husband, screenwriter/director/actor Christopher Guest, “have watched in wonder and pride as our son became our daughter Ruby. And she and her fiancé will get married next year at a wedding that I will officiate.” (Incredible! Mazel tov to the entire family!)

Curtis, 62, and Guest, 73, have been married for 35 years. The couple also has an older daughter, Annie, a dance instructor. And although Curtis notes that she has no grandchildren yet, “I do hope to.”

In our opinion, Curtis would be the best Jewish grandma ever — especially as she’s recently demonstrated what an incredible Jewish granddaughter she is! In June, we wrote about how Curtis is working to revitalize her grandparents’ hometown synagogue in Mateszalka, Hungary. The restored synagogue and museum pay homage to Curtis’s grandparents — who once worshipped in the synagogue before immigrating to the U.S. — as well as her Jewish father, actor and Hollywood legend Tony Curtis, who was born Bernard Schwartz. (Curtis’s mother is actress Janet Leigh.)

Despite a lifetime in the spotlight, we just love how dedicated Curtis is to the Jewish value of giving back to her community, or tzedakah. Her wide-ranging philanthropy also includes LGBTQ rights, children’s health and environmental issues. Plus, during the pandemic, she launched myhandinyours.com, a shop that sells “objects of comfort” made by artists. In this venture, 100 percent of the proceeds go to Children’s Hospital Los Angeles.

“I wake up every day at 4 a.m. and have so much on my mind,” Curtis tells AARP magazine. “I’m just so crazy excited and creative right now. And I don’t want to squander any of it.”

What amazing energy! It’s incredible to see Curtis embracing so many Jewish values these days — from the formal Jewish text of Pirkei Avot, to constantly learning about herself and the world, to embracing her children for who they are. What’s more, finding oneself is a lifelong journey, and it’s deeply moving to see a beloved celebrity sharing her evolution with the world. It’s a lovely reminder that, with our hearts and minds in the right place, we can all become the people we want to be.