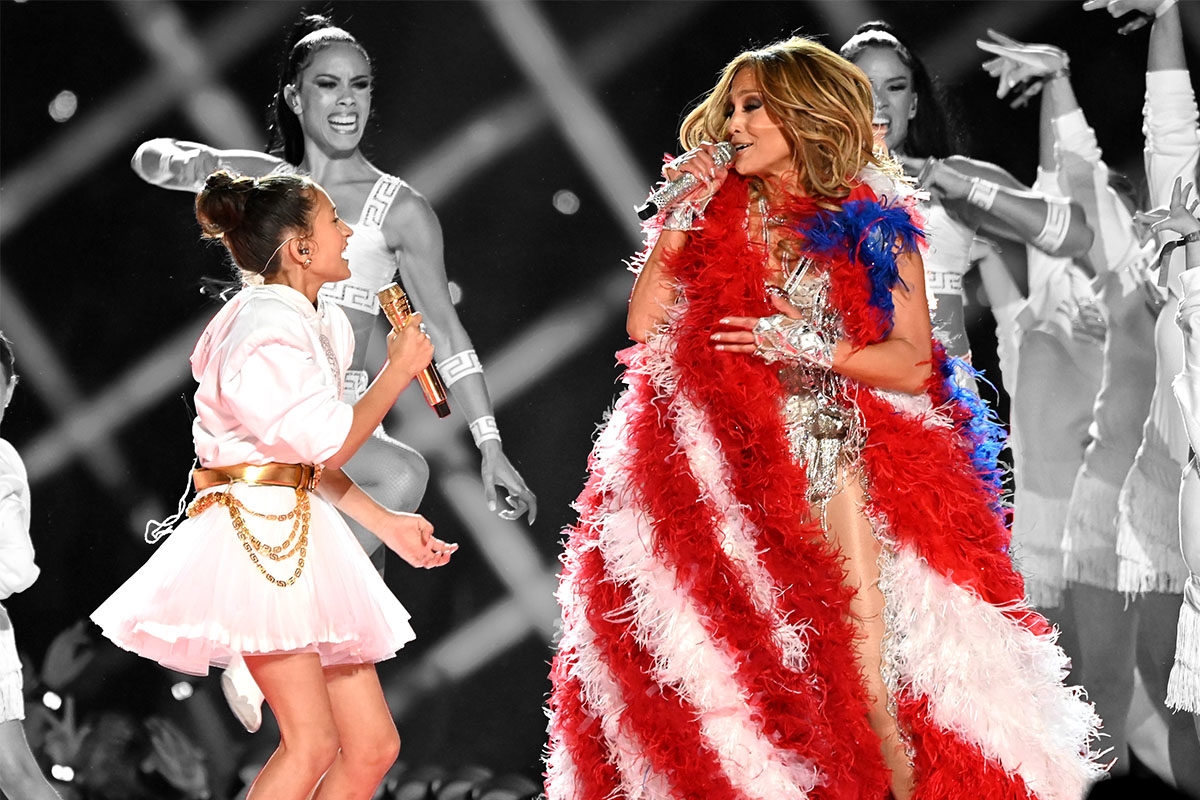 This year’s Super Bowl truly gave non-football fans something to kvell about. By that, I’m talking about the halftime show, of course! Jennifer Lopez, 50, and Shakira, 43, made well-deserved headlines for their spectacular, high-energy performances —  but the little-known inspiration behind JLo’s rousing rendition of her hit “Let’s Get Loud” will make you plotz.

As Lopez’s daughter Emme, 11, angelically hummed the beginning of her mom’s iconic tune, we witnessed children sitting inside what appeared to be illuminated cages — a nod to the Trump administration’s detention centers and policy of family separation. The striking commentary — which also featured Shakira on drums, a brief snippet of Bruce Springsteen’s “Born in the U.S.A.,” and Lopez singing with her daughter — absolutely blew people away.

And it was all inspired by an Israeli group.

Koolulam, an Israeli social music initiative “aimed at strengthening the fabric of society through song” originally performed “Let’s Get Loud” for a Tel Aviv crowd of 2,000 people in October 2019. In partnership with non-profit NGO One in Nine, the event marked International Breast Cancer Awareness Month.

After hearing of the incredible performance, Lopez and her team got in contact with Koolulam to ask if they could use the arrangement for Sunday’s football game.

“For us, it’s sensational,” Koolulam CEO Michael Shahaf told the Jerusalem Post. “Our goal is to reach as many people as possible from all over the world… For her to pick our arrangement for a performance before such a huge audience is an amazing recognition and a big hug for us.”

Koolulam’s mission, Shahaf explained, is to bring harmony to the world through musical harmony. The innovative project works to teach large audiences new arrangements of popular songs for about an hour, which they then perform together. The purpose? “To bring together people from all walks of life to do one thing, stop everything for a few hours and just sing — together,” Shahaf said.

(Last year, Kveller wrote about another deeply moving Koolulam project: A video that featured 600 Israeli Holocaust survivors and their families singing together. Watch it and try not to cry.)

In the case of Lopez, the “Jenny from the Block” singer’s nod to Israel isn’t unusual — after all, she’s a big Israel fan. In August, Lopez visited Tel Aviv for the first time with her fiancè, former New York Yankee Alex Rodriguez.

“What an amazing time we are having on my first trip to Tel Aviv!” the baseball player tweeted.

Given the extraordinary feedback the performance received, here’s hoping for more collaborations between Ruth Bader Ginsburg’s biggest fan and Israeli arts organizations! Kol HaKavod to all who were involved!