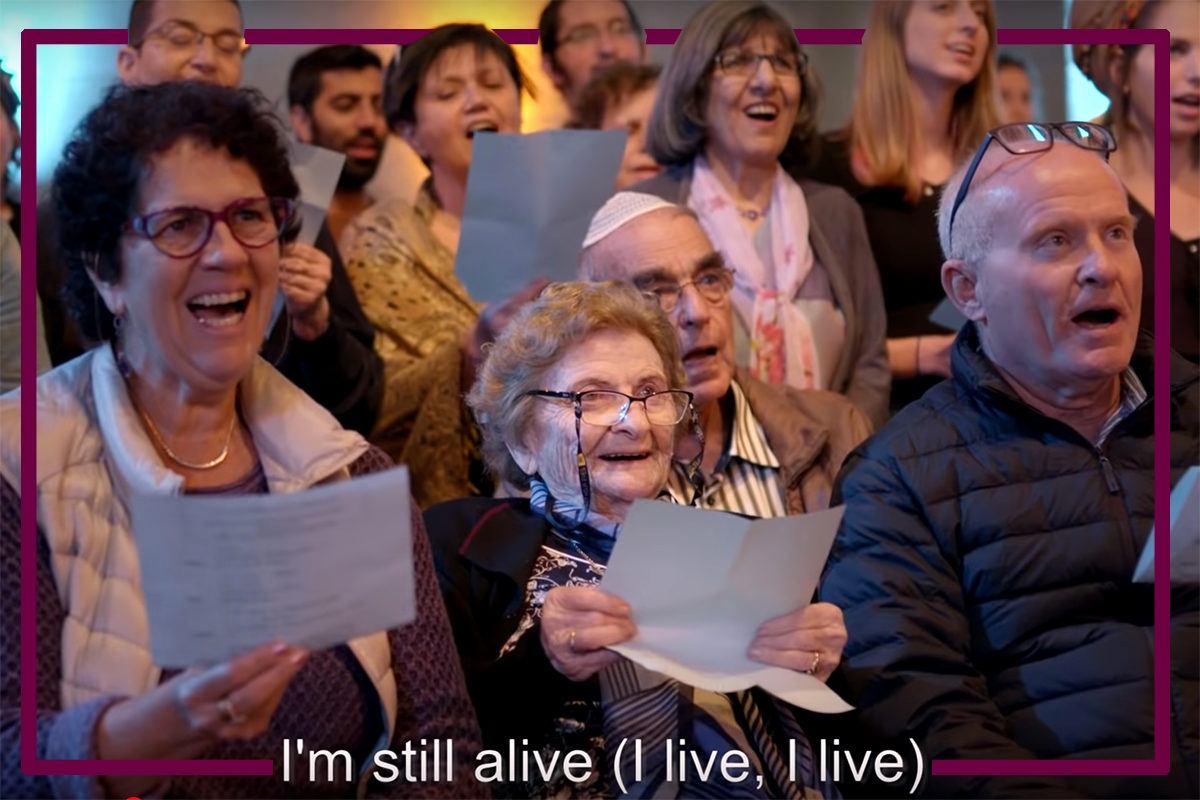 It’s impossible to watch this video of 600 Israelis singing together and not get the shivers.

First of all, the crowd is filled with Holocaust survivors and their families, and the video begins with beautiful shots of the survivors. Secondly, the song that they sing is called “Chai,” a word many of us are familiar with, meaning “alive.”

In short, it’s a simple but poignant testament to survival.

The incredible video was put together in 2018 by Koolulam, a socially minded public singing project, in cooperation with Zikaron BaSalon, which means “remembrance in the living room,” an organization that lets people host or join intimate talks with Holocaust survivors in private homes.

What’s really remarkable about the performance is that the song itself is beautifully performed and harmonized. Its a powerful take on the original, which was sung by Ofra Haza (she of Prince of Egypt fame) in the 1983 Eurovision song contest. While the original has a fun, ’80s pop vibe, this version is slower, heartfelt, and defiant. Watching a room filled to the brim with Holocaust survivors and their descendants singing “am Yisrael chai” (the people of Israel live) is just so moving.

Watch it below, and get those tissues ready!