Jerry Seinfeld Made a Halloween Picture Book and Yes, You Need It – Kveller
Skip to Content Skip to Footer

Jerry Seinfeld Made a Halloween Picture Book and Yes, You Need It 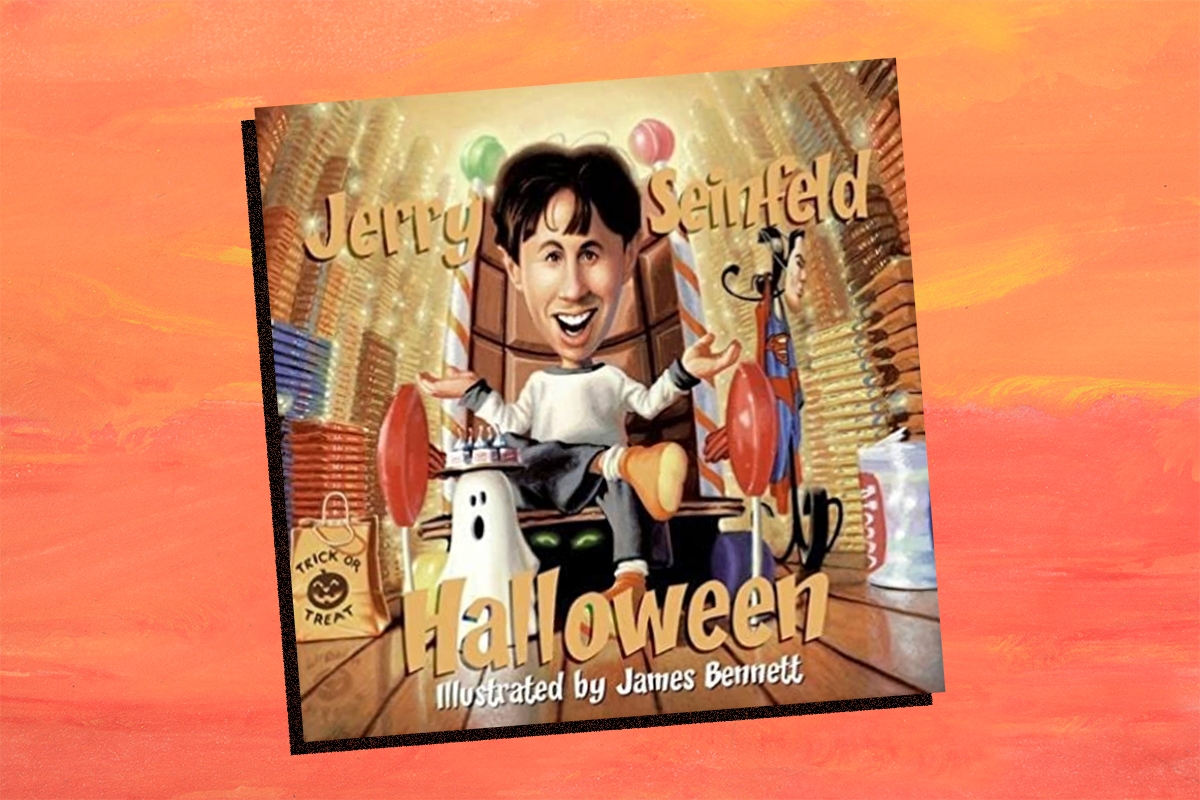 If you’re looking for a Jewish angle into the American late-October tradition that is Halloween, have we got a treat for you! We were surprised to learn that no less a Jewish icon than Jerry Seinfeld wrote “Halloween,” a picture book about — you guessed it! — nothing.

Nah, just kidding! It’s about Halloween, of course, and it draws upon Seinfeld’s experiences trick-or-treating as a child growing up in Massapequa, Long Island. Seinfeld, a 67-year-old father of three, was born in Brooklyn and raised in a Jewish home — his father, Kalman Seinfeld, was a New Yorker of Hungarian Jewish descent, while his mother, Betty, was a Syrian Jew who was born in Aleppo and immigrated to the U.S. as a young girl.

The book, which was published in 2002 and illustrated by James Bennett, is about how a young Jerry Seinfeld spent his Halloweens as a kid. It’s clearly inspired by his own standup routine about the holiday — in the 1998 comedy special, “I’m Telling You for the Last Time,” he jokes: “In the first 10 years of my life, I think the only clear thought I had was ‘get candy.’”

In the book, Jerry the character has the same goal: getting as much candy as possible on Oct. 31. The book’s plot, such as it is, focuses on Seinfeld’s marvel at this yearly tradition of getting candy for free, and how he prepares for the big day by finding the best possible costume and developing a plan to hit as many houses as possible.

The best part of “Halloween” is that this children’s book reads in the exact tone of Seinfeld’s comedy (and, yes, by extension, his hit 1990s sitcom, “Seinfeld”). You can practically hear his voice as you read the text. In one particularly delightful part of the book, we see young Jerry’s introduction to the wild concept that is trick-or-treating — how neighbors simply give candy to any kid who rings their doorbell. In true Seinfeld fashion, he exclaims, “What is this? What did you say? Someone’s giving out candy? Who’s giving out candy? Everyone we know is just giving out candy? I gotta be a part of this!” We can practically see Seinfeld’s hand motions as he delivers these lines!

“Halloween” also features some relatable parenting moments — for example, when young Jerry is instructed to wear his winter coat over his coveted Superman costume. (Certainly a common scene between Jewish parents and their kids on this late-fall evening! Raise your hand if this happened to you as a kid, or if you’ve made your own kids cover their costumes!) “I don’t recall Superman wearing a JACKET,” the young Seinfeld laments.

Whether or not your family is all-in on Halloween, or if trick-or-treating is not something your family usually does, this fun book has something for everyone to help usher in spooky season. There is also a pretty cool read-aloud video of the book on YouTube. And  if you’re itching for more, “Seinfeld” seasons 1 through 9 are currently streaming on Netflix. Happy Halloween!