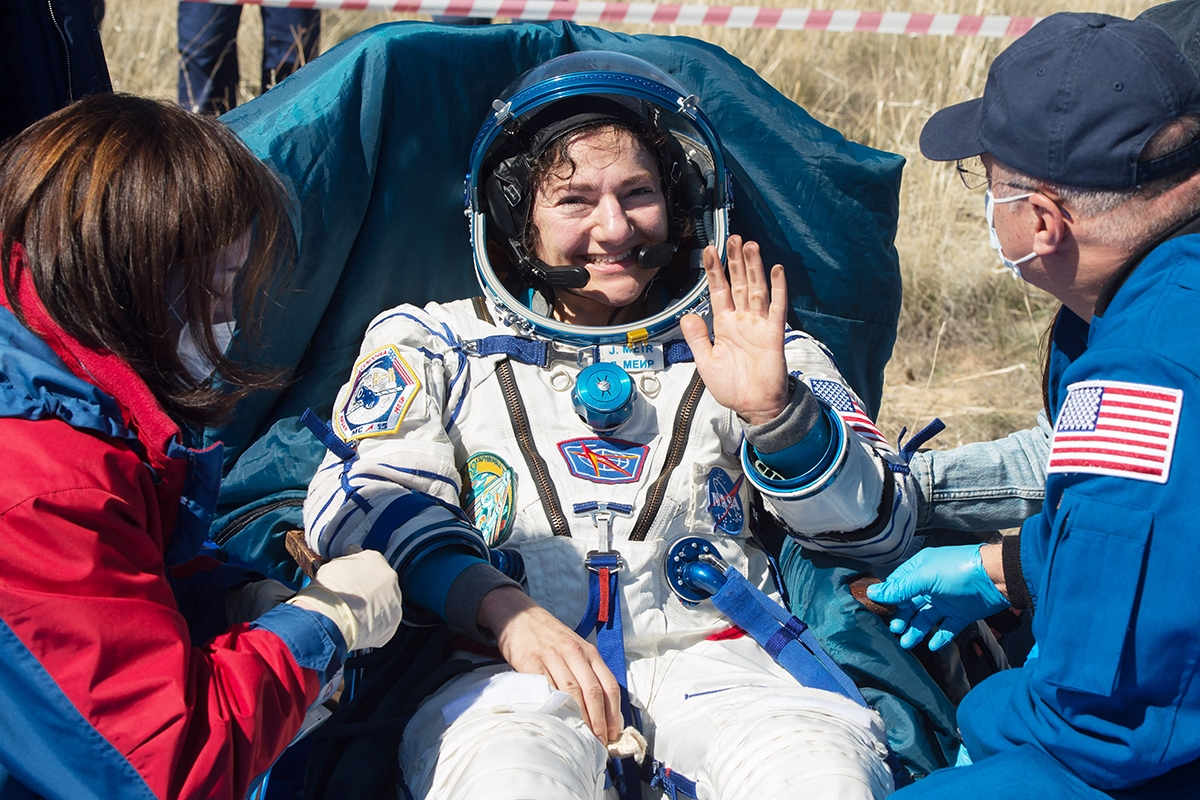 So far, 18 (chai!) Jews have made it to space, including four Jewish women — Judith Resnik, Ellen Baker, Marsha Ivins and Jessica Meir. But no Jew — or woman — has made it to the moon.

That all might change around 2025, when Jessica Meir could, if she’s selected, make history as the first woman, the first Jewish person and the first Swedish citizen to go to the moon, as part of project Artemis. Meir recently discussed the exciting possibility at a media event organized by the Israeli Space Agency, according to the Jerusalem Post.

In Greek mythology, Artemis, the goddess of the hunt and the protector of children and women, is the twin sister of Apollo, the Greek god that the first-ever U.S. spacecraft to land on the moon was named after.

Meir, a marine biologist and physiologist who has spent time studying penguins in Antarctica (she’s the coolest!), was selected for the program back in December of 2020, as part of a group of 18 astronauts. Meir was selected to join NASA in 2013, and back in 2019, she spent 205 days in space as part of Expedition 61/62.

Meir’s father is Jewish and Iraqi Israeli, and her mother is Swedish. Meir was raised going to synagogue, celebrating Jewish holidays and had a bat mitzvah. Back in 2019, she told JTA that “my Jewish cultural background is obviously a big part of my culture and especially traditions.” On her mission to space, she brought an Israeli flag, a postcard from Yad Vashem, the Holocaust museum, a coin commemorating Israeli astronaut Ilan Ramon and a pair of socks with menorahs and Stars of David on them, which she proudly displayed on social media in a special Hanukkah message. She also shared a picture of Tel Aviv from outer space.

Artemis will include three space launches: Artemis I, which will be an unmanned mission; Artemis II, a manned mission that will orbit the moon, but not land on it; and Mission Artemis III, which will, hopefully, land on the moon, with its team executing the first manned moon landing since 1972. The spacecraft could have up to four astronauts on it, but only two will make it to the surface of the moon, where they will spend about a week conducting experiments and studying its surface.

If Meir is chosen as one of a team of two astronauts to land on the moon, it will be a literal childhood dream come true. When Meir, who grew up in Caribou, Maine, was asked to draw what she wanted to be when she grew up back in first grade, she drew a person on the moon.

Either way, the Artemis III mission, which will launch no earlier than 2025, will make history. As President Joe Biden pledged, the mission will include the first woman and the first person of color to land on the moon.

Whether or not Meir is selected to fly to the moon, she will always be part of space history — back in 2019, she participated in the first-ever all-female spacewalk with astronaut Christina Koch, who is also part of project Artemis. The two spent over seven hours and 17 in outer space together.

Aside from the moon, Meir has other travel aspirations. “I hope I can visit Israel soon; it is a very important part of my life,” Meir told JTA in 2020. Meir will also be participating in the 10th Israeli Space Week, which starts next week. She will be speaking to audiences across the country in a special broadcast and will discuss her experiences in space.

In the meantime, an Israeli non-human is about to make it to space: A mannequin called Zohar will be onboard the Orion spacecraft, part of Artemis mission I, which is supposed to fly to the moon this March or April.