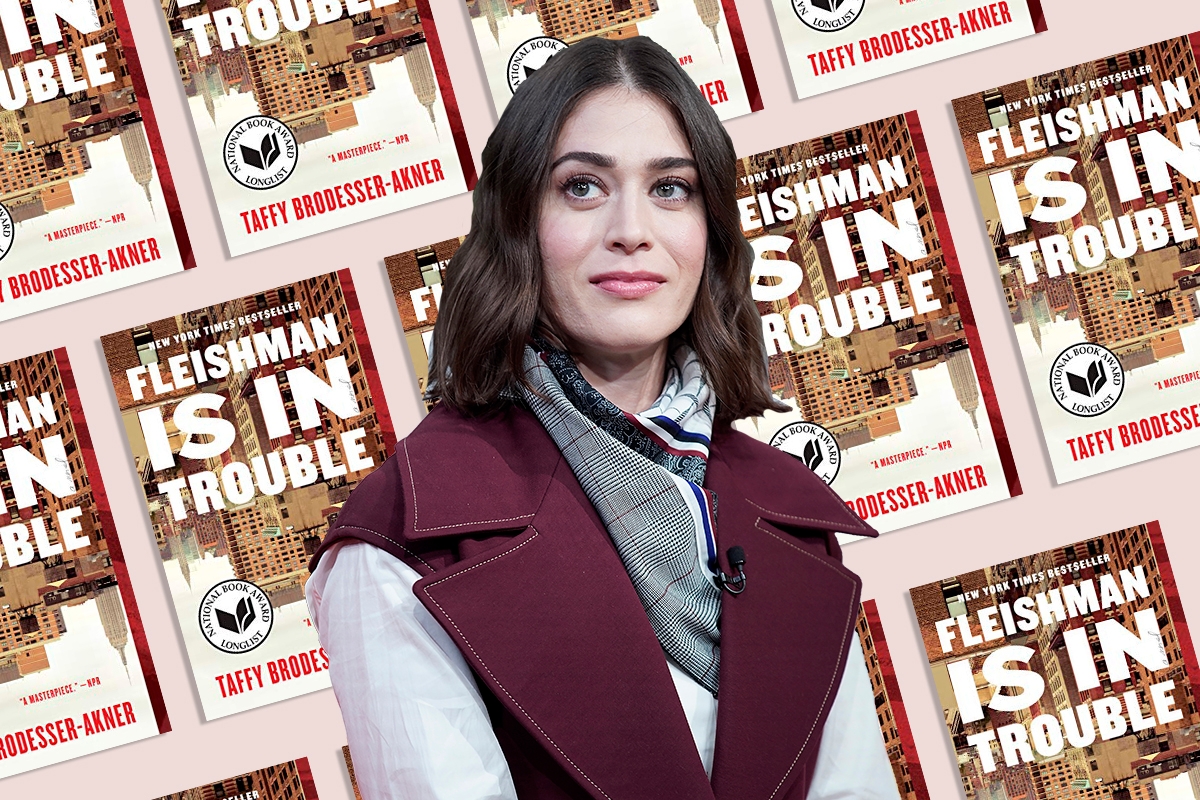 I’ve been so thrilled that one of my favorite (super Jewish) books of 2019, “Fleishman Is in Trouble” by Taffy Brodesser-Akner, is becoming a TV show. Now I’m even more excited, because one of the stars of the upcoming FX series was just announced, and it is none other than Lizzy Caplan.

Caplan will be playing Libby Epstein, Toby Fleishman’s Jewish friend from college (the two met while studying abroad in Israel together) who narrates the novel. Epstein, like Brodesser-Akner, is a journalist, though when we meet her, she has taken a break from her career and is raising her kids in a New Jersey suburb.

She reconnects with Toby, a physician, after his divorce from his wife Rachel, and narrates his story which starts with Rachel’s disappearance and her abandoning Toby with their two children.

While it is Toby, not Libby, who is the central character of the novel, her perspective, and her story, are indispensable to it. It’ll be interesting how her role in the book translates into the upcoming limited series.

Like Epstein, Caplan, 39, is Jewish, which will satisfy those of us worried about non-Jewish actresses being cast in Jewish roles. She grew up in a Reform Jewish home in Los Angeles, had a bat mitzvah and went to Jewish summer camp. “I love being a Jew but I’m not Super Jew. I’m more about the traditional aspects of it rather than the religious at this point but I plan on raising my kids Jewish,” she said in a 2005 interview.

To be fair, Caplan is a boon to any show, and I would literally be happy to watch her in anything. The veteran actor is just so good. Her first acting gig was in Judd Apatow’s “Freaks and Geeks” as Sara, where she played Jason Segel’s on-screen girlfriend. Then she took on the unforgettable role of Janis Ian in “Mean Girls” — that “you’re plastic speech?” Iconic!

Caplan was also absolutely entrancing in “Masters of Sex,” where she played Virginia E. Johnson opposite Michael Sheen’s William H., Masters. And things are really coming up Caplan lately — aside from this upcoming role, she was cast as the lead (aka Glenn Close’s former gig) in the Paramount+ TV adaptation of “Fatal Attraction.” (This isn’t Caplan’s first time taking on a formerly iconic role — back in 2019 she played Kathy Bates’ memorable Annie Wilkes in the second season of “Castle Rock”). She also voices the leading character in the new Netflix animation “Inside Job.”

I’m so stoked for this casting choice, and hope that the upcoming series will lean into the Jewishness of this great book as much as possible. “This is a book about a Jew in New York,” Brodesser-Akner told Kveller in 2019. “I like the idea of not explaining what a Friday night dinner is — just having a Friday night dinner. I like the idea of everyone going only to the school where they’re going to meet other Jews like them. There’s still this huge culture around Jewishness, and I’m very comfortable in it.”

No news yet as to who will be playing Toby Fleishman himself, which will surely be an exciting role to cast, though I must say, just like Fleishman, sexiest man alive Paul Rudd is a Jewish dad. Just sayin’.