The Very Jewish 'Fleishman Is in Trouble' Will Be a TV Series! – Kveller
Skip to Content Skip to Footer

The Very Jewish ‘Fleishman Is in Trouble’ Will Be a TV Series! 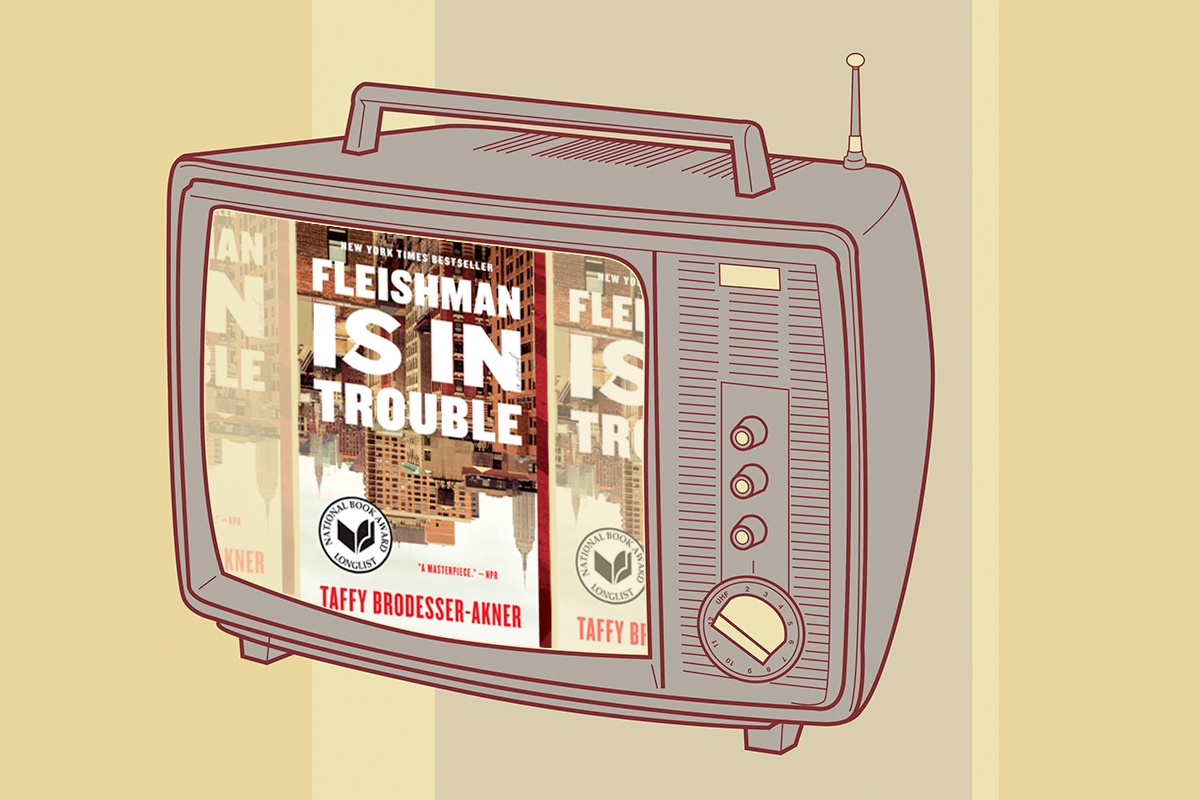 If you haven’t read Fleishman Is In Trouble yet, well, you are missing out — but the good news is that you won’t be missing out for long. This incredible page-turner (and very Jewish book) by Jewish mom and New York Times writer Taffy Brodesser-Akner is about to be made into a 9-episode limited TV series that will air on FX TV and Hulu. Yes!

Fleishman is in Trouble is the tale of Toby Fleishman, a freshly divorced Jewish doctor in New York doctor whose ex-wife abruptly disappears, leaving him to care for their two kids by himself. Toby doesn’t seem to understand why, or where, his ex Rachel has gone. Though he is rather busy enjoying his newfound, app-assisted sexual freedom, Toby is a hard-working guy, ab involved father, and he was a supportive husband — or, at least, he believed himself to be one.

At first, Fleishman reads like many books we’ve read before, books that are written by men about spurned men — he’s been victimized, maltreated by his ex-wife, and now, finally single again, he gets to reap all that he sowed in the Good Guy (TM) department with ample online dating and hookups. That is, until his ex-wife supposedly vanishes from the face of the earth.

But this novel is cleverly narrated by a third person, a woman and a friend named Elizabeth whom Toby met in Israel. “Whatever kind of woman you are, even when you’re a lot of kinds of women, you’re still always just a woman, which is to say you’re always a bit less than a man,” Elizabeth, a former writer at a men’s magazine, recounts.

Thanks to Elizabeth’s perspective and narration, we get a book that’s nothing like those familiar books of yore. We get to see that the trail of breadcrumbs (or possibly, the huge warning sign) was definitely there when it came to the couple’s split and that Toby’s self-perception as a Nice Jewish Boy is not as factual as he is convinced it is. It’s a funny and deeply entrancing journey.

Fleishman Is In Trouble is a book about divorce — and it’s also a book about marriage, middle age, motherhood, womanhood, and, ultimately, so much about being human. It’s also a profoundly Jewish book, and the TV series based on it is sure to be very Jewish as well.

We don’t yet know anything about the show’s cast or release date, but with Brodesser-Akner behind the scenes (she will be writing and executive producing the series), we know we’re in for something truly great.

In the meantime, we’re already imagining our dream cast! Seth Rogen or Jonah Hill might be perfect as Toby? Jewish moms Rachel Weisz or Mila Kunis as Rachel? Maya Rudolph as Elizabeth? If you’ve read the book, let us know who you would cast as these characters (except for Natalie Portman, who’s currently busy with another super Jewish show). In the meantime, we’ll be sure to report back with any new information about this exciting upcoming series. Stay tuned!