Jewish Congressman Raskin Recounts How He and His Family Survived the Capitol Attack, a Day After Burying His Son 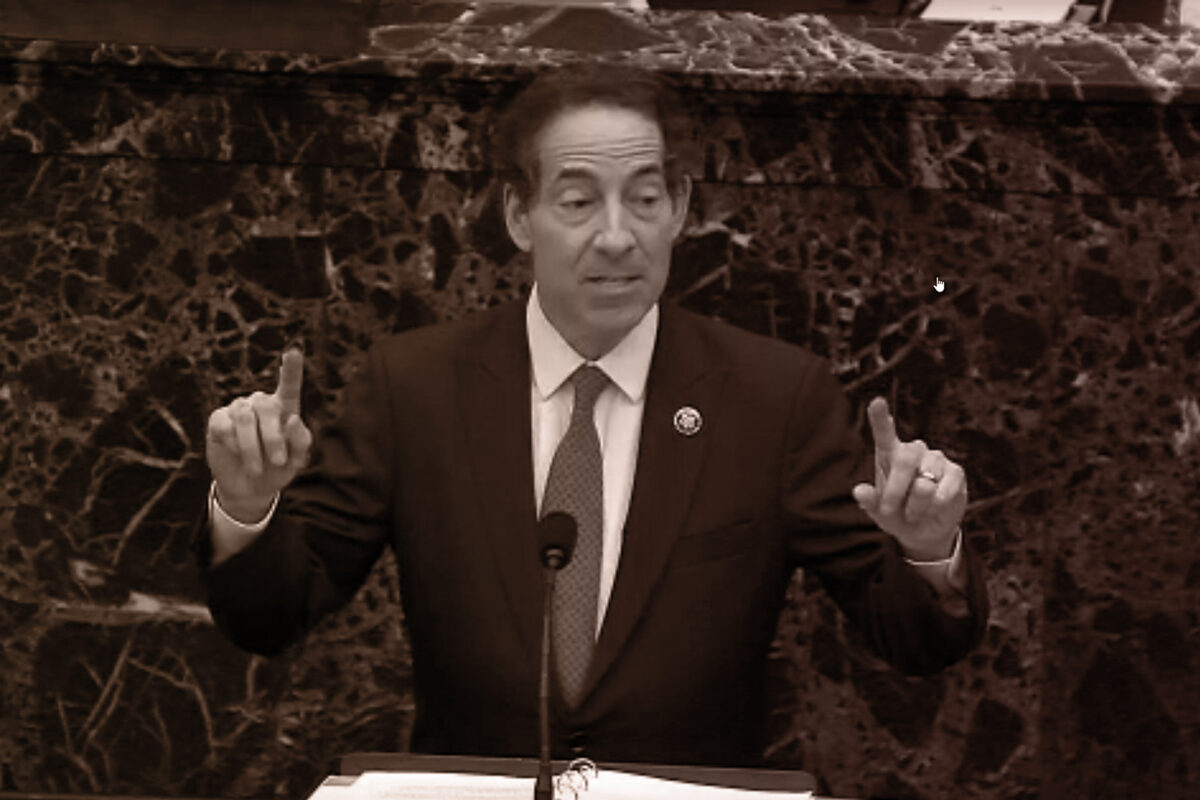 Representative Jamie Raskin of Maryland is leading the senate trial against former President Donald Trump as impeachment manager. The Jewish politician, lawyer, and law scholar was at the Capitol during the mob violence on January 6, along with his daughter and son-in-law. Raskin had just buried his son, Thomas “Tommy” Bloom Raskin, who died by suicide, a day earlier. He was just 25 years old when he died.

In an opening statement this Tuesday, on the first day of the trial, Raskin recounted the happenings of January 6, a day in which he should have been home, sitting shiva, in more detail than he ever had before. He spoke about how the day personally affected him and his family: “I hope this trial reminds America how personal democracy is,” he told the crowd.

The speech was harrowing and heart-wrenching — at certain moments throughout it, you can see the congressman barely holding back his tears.

For many of us, it is still hard to wrap our heads around what happened at the Capitol that day. But eloquently and emotionally, Raskin’s speech reminds us of the personal and national costs incurred in that violent coup.

“Distinguished members of the senate, my youngest daughter, Tabitha, was there with me; it was the day after we buried her brother, my son Tommy, the saddest day of our lives,” he opened his speech.

“There was also my son-in-law Hank who is married to our oldest, Hannah, and I consider him a son too, even though he eloped with my daughter and didn’t tell us.” Raskin then explained that the couple had an excuse for their elopement — the pandemic.

He said that Hank and Tabitha were with him that day because “they wanted to be together with me in the middle of a devastating week for our family.”

“I invited them instead to come with me to witness this historic event — the peaceful transfer of power in America,” Raskin recounted.

Tabitha and Hank had heard about the scheduled protests by Trump supporters and they were worried. “They asked me directly ‘would it be safe’ and I told them ‘of course it should be safe, this is the Capitol,'” Raskin recalled.

Steny Hoyer, the House majority leader, offered the family use of his office. “Tabitha and Hank were with me in Steny’s office as colleagues dropped by to console us about the loss of our middle child, Tommy, our beloved Tommy.”

“Lots of Republicans, lots of Democrats came to see me and I felt a sense of being lifted up from the agony, and I won’t forget their tenderness,” Raskin said, audibly still moved by those gestures.

In that office, through tears, Raskin worked on the speech he was about to make on the floor that day: “I wanted to focus on unity as we met in the House. I quoted Abraham Lincoln’s famous 1838 Lyceum speech when he said that ‘if division and destruction ever come to America, it won’t come from abroad, it will come from within,'” he explained.

But that 19th-century speech would also turn out to have additional prescient significance in light of the events that were about to unfold: “In that same speech Lincoln passionately deplored mob violence… and he deplored mob rule, and he said it would lead to tyranny and despotism in America,” Raskin said.

Tabitha and Hank watched the speech from the gallery. When it was over, according to Raskin, they went back to Hoyer’s office while Raskin remained on the floor. They didn’t yet know about the breach of the Capitol, and when Raskin finally found out about it, it was too late for him to reunite with Hank and Tabitha.

Instead, Raskin was stuck on the house floor. He described what he saw: “All around me, people were calling their wives and their husbands to say goodbye. Members of Congress were removing their congressional pins so they wouldn’t be recognized by the mob as they tried to escape the violence.”

Meanwhile, Tabitha, Hank, and Raskin’s chief of staff, Julie Tagen, were barricaded in Hoyer’s office: “The kids hiding under the desk, placing what they thought were their final texts, and whispered phone calls to say their goodbyes — they thought they were going to die.”

They were finally rescued by Capitol officers, over an hour later, and Raskin was reunited with his daughter, “who is 24 and a brilliant algebra teacher in Teach for America,” as he lovingly boasted. Raskin apologized to her and promised it would not be the same again next time she came to the Capitol. Tabitha’s response to that statement still haunts him — and should truly haunt us all.

“She said, ‘Dad, I don’t want to come back to the Capitol,'” Raskin told the crowd, finally unable to stop his tears.

“Of all the terrible, brutal things I heard and saw that day and since then, that one hit me the hardest,” he said. “That and someone using an American flag pole… to spear and pummel one of our officers…. tortured with a flag that he was protecting with his very life.”

“People died that day,” Raskin reminded the crowd — five people died during that attack, and over 20 were hospitalized for their injuries, including at least 15 Capitol police officers. And then, this man whose family had been so marked by suicide just a week before January 6, added how, after the events, “two officers have taken their own lives.”

You can watch Raskin’s full speech below:

Rep. Jamie Raskin buried his son on January 5. The next day, he brought his family to the Capitol and during the insurrection they thought they were going to die. Heart-wrenching. pic.twitter.com/jEUmNX3OQ6

Photo by congress.gov via Getty Images