As the Granddaughter of Holocaust Survivors, I Am Terrified That History Is Repeating Itself – Kveller
Skip to Content Skip to Footer

As the Granddaughter of Holocaust Survivors, I Am Terrified That History Is Repeating Itself 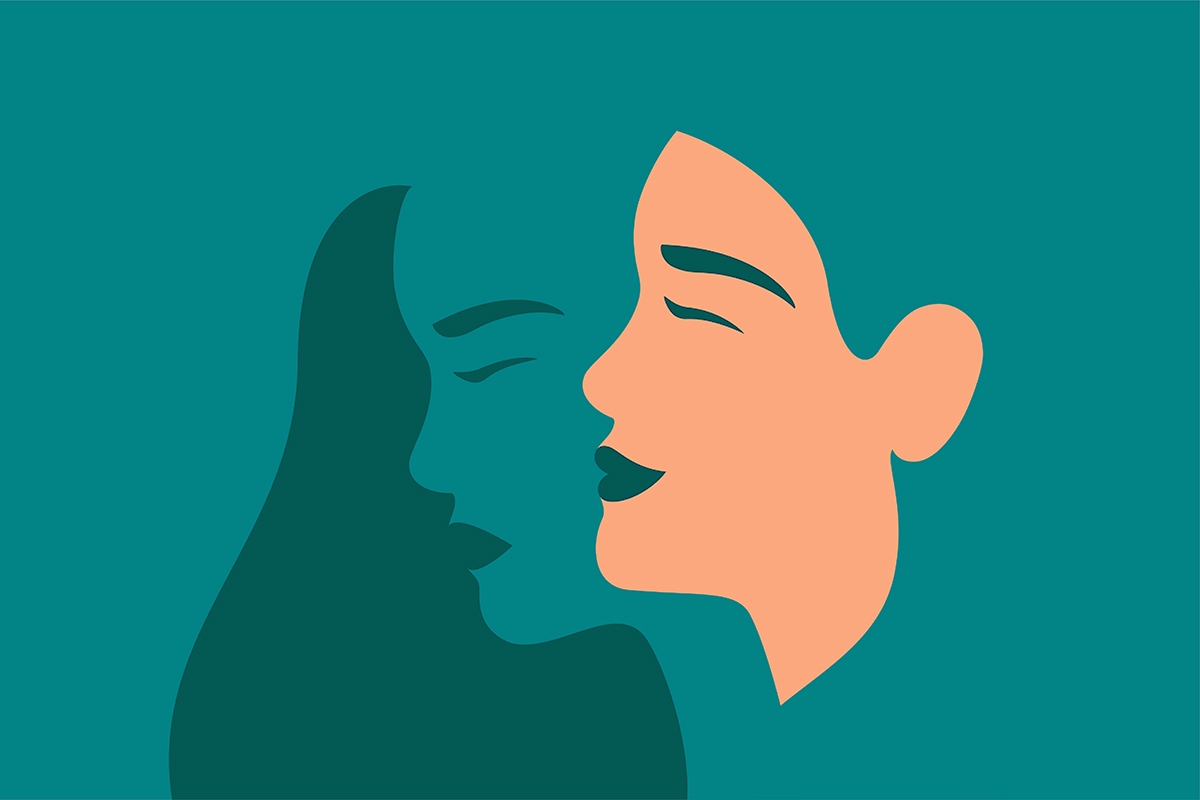 As the third generation offspring of Holocaust survivors — something that’s sometimes referred to as 3G — intergenerational trauma comes with my inheritance package.  Severe anxiety and depression due to fantasies of government-related worst-case scenarios are way too familiar and comfortable for me.

Over the past few years, I’ve had disturbing thoughts about the direction this country is taking. I feel American politics have smothered its connection to humanity, and, in the process, anger, hate, and violence have been on the rise. For me, this has repeatedly triggered fears that something like the Holocaust could happen again. I’ve done my best to keep the images at bay — dismissing them as part of my typical paranoia and neuroses — while fervently hoping for the best. These days, however, it’s become impossible not to worry about history repeating itself.

I wanted to believe that we could not get the place of last week’s tragic day at the Capitol. The idea of another civil war, of Americans turning on each other en masse, of our democratic process becoming powerless, are all bad nightmares that I worry are dangerously close to becoming a reality.

My maternal grandparents, Zelig Asher Karpman and Rachel Grinbaum, were Holocaust survivors. My grandmother died of encephalopathy when I was only 1 year old — she suffered from frequent, terrible headaches all her life, and it is believed that a head injury she sustained from a beating during her three years at Auschwitz caused a brain aneurysm. I was lucky enough to have my grandfather until just after I turned 18. The week of his death I experienced my first severe panic attack, although at the time I didn’t know what was happening to me.

I can’t help but think how my grandparents would feel if they had witnessed the events at the Capitol last week. They endured so much and made a tremendous sacrifice leaving their supportive survivor community in Israel in order to bring their children to this country in the hopes of a safer life. Thinking of what happened on Jan. 6 makes my stomach churn, knowing full well how difficult it was for my grandparents to adjust to life in Queens, where my grandmother couldn’t tolerate the sounds of the subway train. They then moved to Omaha, where it was quieter but where they felt like outsiders —  something that stayed with my mother, and then onto my sisters and me.

Growing up, my mom made my grandparents’ stories and talking about the Holocaust a priority. I experienced her as overbearing, too intense, and I wished she could be “normal” like other parents. The dynamic was especially difficult because my grandfather, with whom I was extremely close, never wanted to talk about his experiences; he felt this was the best way not to pass on the damage.

Looking back, it is clear that neither of these approaches were healthy for me. Coming to terms with my intergenerational trauma had to be something I did in my own time. It’s taken me many, many years begin to understand the depth of the impact of the Holocaust on me — this, despite the fact that I was born in  New Jersey some 27 years after World War II ended. On the outside, my life looks and is pretty typical, even blessed. No one would look at me and think I have a bipolar mother and a sister who is severely mentally ill, spending most of her adult life plagued by substance abuse and in and out of psychiatric hospitals. Regardless, I consider myself lucky: I have a wonderful husband, two amazing children, and an awesome dog. I have a successful career and a lovely group of friends. But there’s no denying that my struggles have been very difficult and, at times, paralyzing.

For example, when my son and daughter were little, I’d read them a bedtime story every night. I tried my best to focus on the story — but I’d often find myself wondering what I would do if I had to choose between them, like Meryl Streep’s character in Sophie’s Choice. My heart would start racing and I was no longer present. That was when I realized that echoes of the Holocaust would find a way to catastrophize even some of life’s most precious moments, stealing my joy. It made me so angry that I grew determined to do whatever I could to break the psychological chain of trauma in my family. There was no other way but to confront and learn to cope with my feelings of fear and anxiety, the Holocaust imprints on my everyday life.

Overcoming a history of trauma is something no one can do alone. It takes lots of patience as well as understanding, help, and support. Once I began working with a therapist who specializes in Holocaust families, I began to heal. This therapist suggested that I attend a webinar series on intergenerational trauma for Holocaust families. In the very first session, I cried — something that doesn’t come easy to me.  I remember thinking, “These people are like me. They think the same way I do… I’m this way because of my family’s Holocaust history.”

I’ve come to recognize that being a third-generation Holocaust survivor is both a blessing and a curse. Yes, the ability to be acutely sensitive and attuned to the world’s suffering can be overwhelmingly painful and frightening. But it comes with the awareness and ability to empathize with others, gain understanding of their perspective, and refrain from making judgments too quickly. It’s motivated me to determine if and how I can help, a gift for which I am grateful.

Learning to recognize triggers, and using techniques like breathing, self-care, and meditation, help me to cope with my panic attacks. Still, as a 3G, the state of this country is something I can’t ignore. My professional role as a mental health coordinator for Miami Dade County Public Schools allows me to assist people in getting food and assess and assist with mental health concerns and crises. Throughout the pandemic, I’ve been able to help families stay connected to each other and to friends and communities. There are so many vulnerable people in this country who don’t have the most basic needs met, and we must remember that, in essence, we are all the same. We all want to survive, which is something that’s not mutually exclusive. We do not need to oppress others to ensure our way of life.

Last Wednesday’s actions were those of people who feel their rights are being challenged. In our polarized society, I’ve witnessed many people, convinced their side is right and the other is wrong, refuse to consider the bigger picture: namely, that when it comes to preserving our democracy, we’re all in this together.  The protest last week escalated so rapidly and dangerously that many at the Capitol felt their lives were in danger — in fact, five people died that day. My fears over such loss of life is something I encounter every day due to my intergenerational trauma, which is now compounding and magnifying due to the present circumstances. These days, I am overwhelmed by anxiety, both past and present. And yet, I’m forcing myself to overcome it; by writing this very piece, I hope to raise awareness that it is incumbent upon all of us to strive for a better future.

Hope is something that helps me get me through my worst fears.  Knowing that we have choices and can make a difference in what we do each day moving forward matters. As a nation we must pause, take a breath, and think. We need to communicate in ways people with other perspectives can tolerate and hear.  We need to put our differences aside and listen to each other. Then and only then, can the healing start for this country.