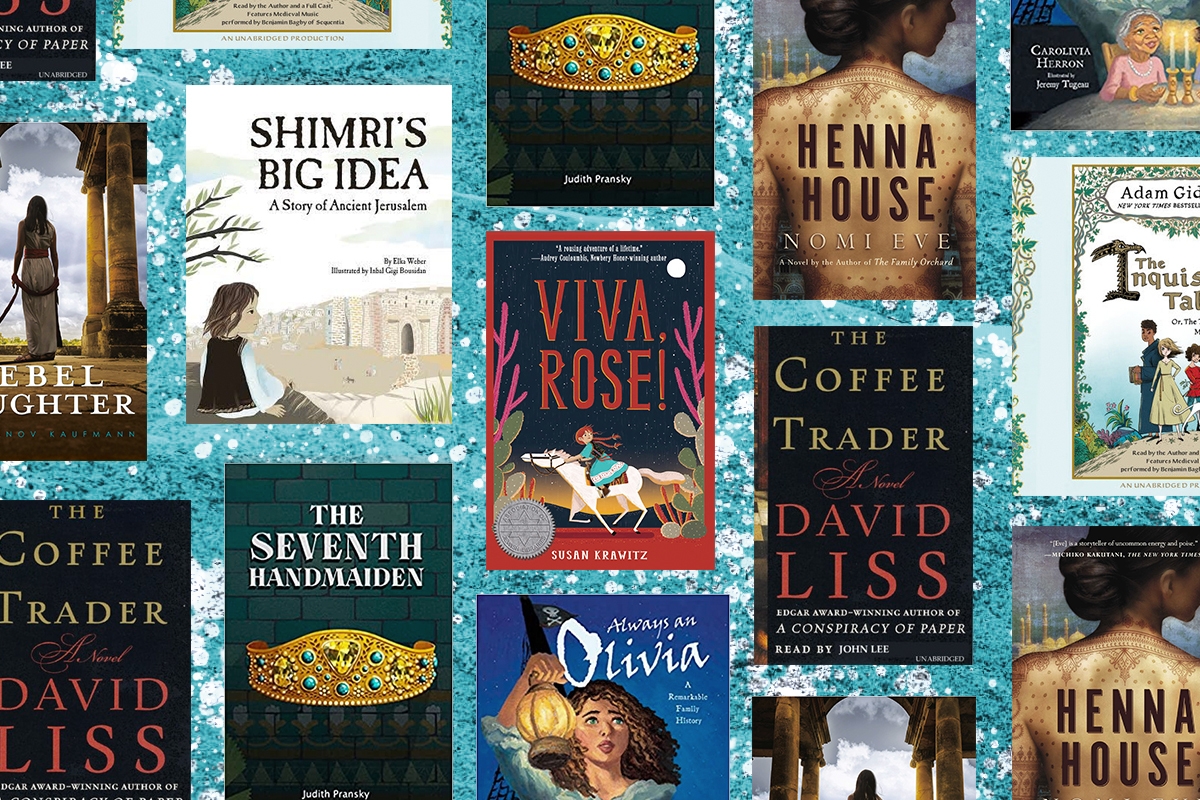 My ‘90’s childhood was kind of a heyday for kids’ historical fiction. I read and reread Jewish immigrant narratives like “Letters from Rifka” by Karen Hesse and “Land of Hope” by Joan Lowery Nixon, American Girl books were my life’s foundational texts, and a pair of titles about the Norman conquest of England spawned a lifelong obsession with medieval England.

As a children’s librarian today, “Diary of a Wimpy Kid” and Harry Potter “read alikes” are my most-requested items. To my everlasting regret, hardly anyone asks me to find them historical fiction.

The study of history in school is dismissed as a matter of boring and irrelevant memorization. Americans are assumed to know nothing about history, and studies bear that out. A dismal percentage of US citizens retain enough American history to pass a standard citizenship test. It follows that people assume historical fiction will be similarly dry or incomprehensible — fantasy has become a far more popular genre lately in part due to the perception of superior entertainment value.

But stories help you remember information; they imbue bland facts with life and meaning. Reading a book about long-ago events gives you insight into the thoughts and behavior of those involved, allowing you to consider how you might have reacted in their circumstances.

Readers can find hundreds of diverse historical titles these days, opening doors to events both familiar and not. But when you look at any list of best selling historical fiction titles, either for adults or children, a significant number are about World War II and the Holocaust. If you narrow it down to Jewish historicals, that proportion skyrockets.

Human history spans thousands of years and six continents, but so much of what we read is locked into less than a decade of events that are still in living memory. And while many of these books are treasured classics — and of course it’s crucial for both kids and adults to be thoroughly educated on the subject — I’m concerned about how large a slice of the historical fiction pie is taken up by Holocaust works.

Exploring the past experiences of marginalized people, both their triumphs and their tragedies, helps outsiders understand their experiences in the present. Historical fiction not only informs the reader about facts of a given time and place, it humanizes the participants and builds empathy for them in the reader. Jews are deserving of that empathy — both from ourselves and others.

But stranding Jewish history during WWII allows people to distance themselves from our plight as a people. The Allies won, Jews are apparently successful in communities around the world, so everything must be fine now. But just as we’ve come to understand that the Civil Rights movement of the 1960s didn’t “solve” racism, liberating Auschwitz didn’t solve antisemitism.

The Jewish people did not pop up in biblical times, then lay low for 3,000 years waiting for Hitler to come along and do his thing. Yet somehow most people — Jews included! — have a perception of our peoplehood that hinges entirely on those two sets of events. Everything in between is essentially a void. Beyond the devastation that the Holocaust wrought on so many Jewish communities, we also come from places around the world that experienced very different triumphs and tragedies. Oppression of Jews has never been exclusive to the Nazi regime.

We all need to comprehend more about Jewish history, and historical fiction can provide a gateway into these unknown years of our existence.

There are of course gaps in the Jewish literature canon, and I dream of being able to research and write enough to fill them all. The years between 70 and 1100 are a dark age in more than one sense: I’d also love to read more against the backdrop of Jewish communities in far-flung locales. But with a little digging (and maybe a request from your local library!) kids can visit 1580’s Prague or 1640’s New Amsterdam. Adults can travel along the Silk Road or explore turn-of-the-century Buenos Aires. The world of Jewish historical fiction is indeed quite rich and exciting.

When my children read Jewish historical fiction, it brings their social studies classes to life, creating a personal connection to events that they’d otherwise remain detached from. It shows them that we’re a part of the greater human journey and reminds them that we may have lost much to the ravages of time, but we also have so much to be proud of. We aren’t myths or victims. We are witnesses to life and agents of change.

Here are some recommendations of Jewish historical fiction that capture the breadth and diversity of our people’s history.

“Shimri’s Big Idea” by Elka Weber: A young boy in 8th century BCE Jerusalem helps King Hezekiah figure out how to bring water into the city, by building a tunnel that you can still walk through today.

“Always an Olivia” by Carolivia Herron: A Black grandmother explains to her granddaughter why a girl is named Olivia in every generation of their family, tracing the history of their Jewish ancestors from Spain, to Portugal, to Italy — where a young woman called Olivia was kidnapped by pirates and escaped to settle among the Gullah Geechee people in Georgia.

“The Inquisitor’s Tale” by Adam Gidwitz: Three extraordinary children (and a loyal greyhound) are on the run from authorities in 1242 France, escaping persecution and rescuing sacred texts from the fire.

“Viva Rose!” By Susan Krawitz: Rose Solomon’s brother Abe has gone missing in 1915 Texas. She discovers that he has joined Pancho Villa’s gang and sets out into the desert to find him — where kidnapping and adventure await.

“The Seventh Handmaiden” by Judith Pransky: Darya has been enslaved in a Persian household since childhood and doesn’t recall who her original people were. When her owner is killed in Xerxes’ war with Greece, Darya is sold to the palace, where her ability to read and write is noticed by one of the candidates for queen, Esther.

“Rebel Daughter” by Lori Banov Kaufman: Esther, the headstrong teenage daughter of a priest in Roman Jerusalem, experiences the war of Jewish independence, the destruction of the Second Temple and exile into slavery in a wealthy Roman household.

“The Coffee Trader” by David Liss: Portuguese Jew and commodities trader Miguel attempts to reconstruct his fortunes in 1650’s Amsterdam by cornering the market on a new and exciting product.

“Henna House” by Nomi Eve: Set in 1920’s Yemen, Adela’s future is imperiled when her parents pass away and drought threatens her community. She and her extended family flee to the city of Aden, where she encounters old loves, discovers her true calling and ultimately relocates to Israel during Operation Wings of Eagles.