No, Your Kids Are Not Too Young to Learn About the Holocaust – Kveller
Skip to Content Skip to Footer

No, Your Kids Are Not Too Young to Learn About the Holocaust 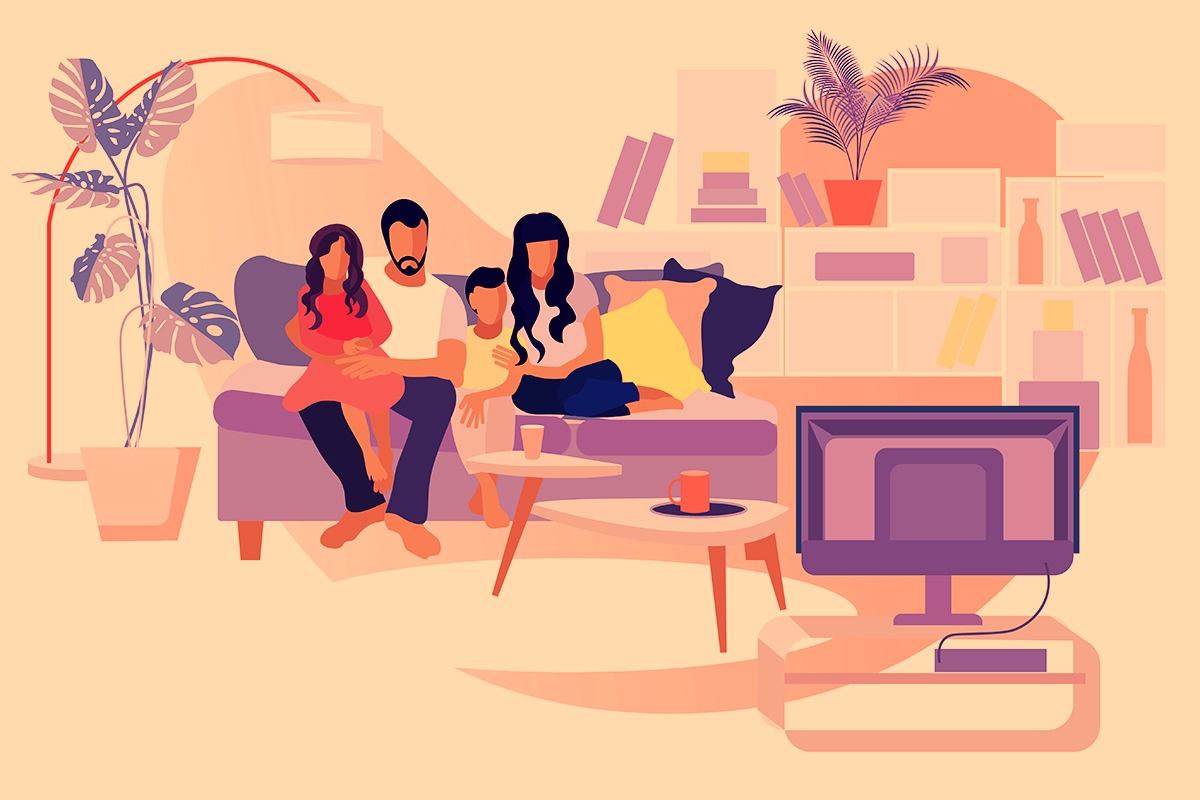 As my children and I watched, horrified, the insurrection at the Capitol, we didn’t turn the channel when the man wearing the Camp Auschwitz T-shirt was on screen. Instead, I paused the television. “Auschwitz?” my 15-year-old son asked. “The concentration camp?”

My 11-year-old looked at me, not putting the pieces together — probably because the thought of anyone proudly wearing Nazi paraphernalia wasn’t something that her brain could process.

As a family, we regularly read the news. That includes, of course, upsetting and unpleasant things, such as when the Confederate flag was hung at the Museum of Jewish Heritage in downtown Manhattan. When swastikas are spray-painted on synagogues, I show the image to my kids. We have complicated conversations about antisemitism, on both the right and within leftist spaces, under the guise of “criticism of Israel.”

I will not shield my children from any of this. Antisemitism is a shape-shifting monster; sometimes it is overt and violent, other times it manifests itself in code words and dog whistles. I want my children to recognize antisemitism in all of its forms. After all, you cannot fight an enemy without identifying who and what that enemy is.

As parents, it is our job to give our children the tools necessary to safely and keenly navigate the world around them. As a sexuality educator, I am often confronted with: “Doesn’t talking about issues too early take away a child’s innocence?” My answer to this is simple: no. Innocence is lost when parents deliberately or inadvertently shield kids from information, and they find out the hard truth from other, less reputable or less loving sources. This truth applies to conversations about antisemitism and the Holocaust, too. They — we — must be prepared.

In my family, we’ve talked about the Holocaust; my kids can identify Nazi symbols and key figures. But there is a four-year age gap between them, and my daughter’s Holocaust knowledge has been far more limited than my son’s. Thanks to certain films and museum visits, he understands many horrific details that I hadn’t yet shared with my daughter. I had thought that, for now, the conversations we’ve had were enough. But when Nazis proudly marched into the Capitol, I realized I was wrong.

And so, last weekend, we watched Schindler’s List. This was the first time that all four of us watched a Holocaust movie together as a family. We began by telling our kids some key facts and dates, adding the disclaimer that this was based on a true story. We warned them that what they were about to see was going to be upsetting — there would be families taken from their homes, beaten, forced into camps, and worse. But we also told them that, in this film and in this terrible time in history, there was also a story of hope, resilience, strength of the human spirit, and kindness.

After the credits rolled (three hours later), our children asked many thoughtful questions: Were there people who fought back? Why didn’t the people in the towns do anything? And, more than a week later, they’re still coming: What was it like for the actors to meet the survivors they were portraying? What happens when the last survivors of the Holocaust die?

After the powerful experience of watching Schindler’s List together, I remain convinced that if you do not see images of the Holocaust — whether they are film representations or historical documents or accompanied by the words of survivors themselves — you would not believe these atrocities happened.

Before our family film night, I went to a popular website to see what people had said about the age appropriateness of Schindler’s List. (You should know that I wasn’t looking for validation. I was just curious.) I suppose that I shouldn’t be stunned by what I read. People were concerned that it was “too upsetting for young people.” One commenter wrote: “Good movie but sad.” (You think?) Another said: “If you’re immature, don’t watch it, there are some scenes of sexuality.”  (You’re worried about nudity when 6 million Jews were murdered?) Someone who suggested that the film should only be for people 16 and up said: “I’m pretty sure your children have heard about the Holocaust but I know you wouldn’t want to show them a movie about it. Especially if a book is hard enough.” (Actually, wrong: Don’t assume your children have heard about the Holocaust. Most, in fact, have not.)

This is a problem.

As a Jewish mom, I will not pretend that these atrocities haven’t happened. Jewish families have long navigated these conversations, whether we are talking about our expulsion from our homeland in ancient times; the exile and murder of our people from numerous countries in Europe in the Middle Ages through World War II; or the expulsion of 850,000 Jews from the Middle East and North Africa in the second half of the twentieth century. (This is by no means an exhaustive list, and I can promise you that these were definitely not the topics that we are taught in school.)

So what — and how — do we tell our kids about the Holocaust and the scourge of antisemitism? My answer is this: We share our stories of resilience alongside the terrible truth. We highlight how members of our extraordinarily diverse community still proudly pray and sing with the same ancient words of our ancestors. We make connections to people around the globe who are part of our tribe, and we model allyship and support for other marginalized groups who need it. That is who we are.

That being said, if you haven’t yet begun these difficult conversations, the time is now. Perhaps your own Holocaust education was lacking, or perhaps the perceived safety that you have felt until this point has allowed you to delay or avoid this altogether. I will not judge, but I will implore you to start talking. If you need help with a prompt, you can ask your kids if they know why Jewish people were upset about what happened at the Capitol. If you need an answer: There is a time in our history called the Holocaust, and people treated Jews horribly just because they were Jews. There were people in the Capitol that day who were wearing T-shirts celebrating that time.

If your kids are very young, you can lay the groundwork for future, more explicit, conversations by talking about treating all people with respect and dignity, and how we need to stand up to bullies. We can, and should, talk about Jewish pride, how we are a people who believe in justice and are willing to fight for it.

What is most important — and it is true for pretty much all conversations we have with our children — is listening to them. We can answer their questions honestly in a way that doesn’t make them scared, but, rather, empowers them to do good. And there is no one who understands your child better than you, so you get to determine what they are capable of hearing.

A recent survey commissioned by the Conference on Jewish Material Claims Against Germany found that two-thirds of millennials and Gen Zers don’t know that 6 million Jews were killed in the Holocaust. Almost half cannot name a single concentration camp.

This dearth of knowledge about the Holocaust can have devastating effects. After all, if you don’t know the word “Auschwitz,” you won’t be upset about the deeply antisemitic shirt worn by the domestic terrorist at the Capitol. You won’t understand why so many Jews today are rehashing and reliving the traumas of their ancestors, and why many Jews online are talking about passports and go-bags. If you don’t know that 6 million Jews were murdered by the Nazis, you certainly don’t understand why the Holocaust analogies callously tossed around by politicians and journalists are not just factually wrong, but ethically unacceptable.

We all have work to do. We cannot avoid these conversations because they are “too hard,” “too sad,” or “too violent a tale to tell.” It is our history and if we don’t want it to repeat, it starts with us — in our homes and in our schools.