Jewish Mom and Actress Scarlett Johansson Is Pregnant With Her Second Child! – Kveller
Skip to Content Skip to Footer

Jewish Mom and Actress Scarlett Johansson Is Pregnant With Her Second Child! 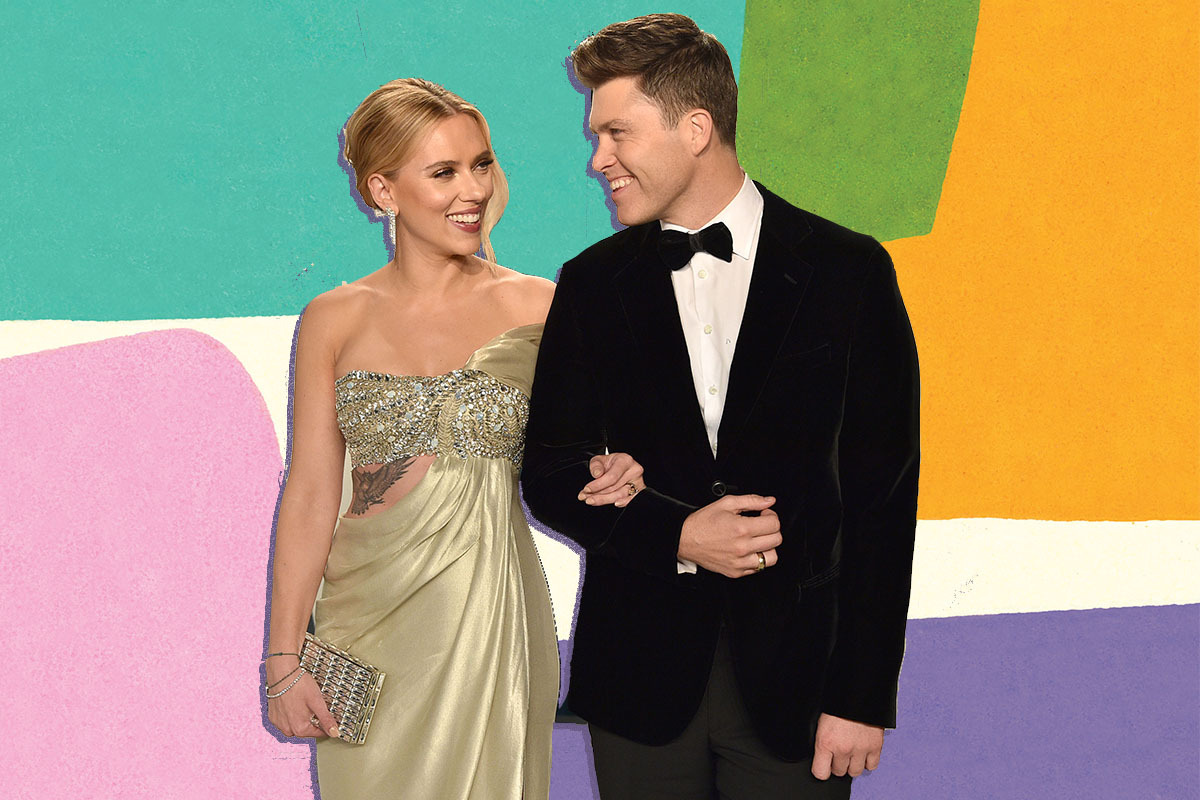 Mazel tov to Scarlett Johansson, Jewish mom and actress who is reportedly pregnant with her second child!

According to PageSix, “multiple sources” have confirmed that Johansson is expecting a baby with her husband, Colin Jost. “Scarlett is pregnant but has been keeping it very quiet,” one informant told the publication. “She has been keeping a very low profile.”

Fueling the pregnancy rumors, Johansson has been noticeably absent from promoting her new movie, “Black Widow,” and has only been participating in Zoom appearances.

The 36-year-old actress is known for her roles in widely acclaimed movies like “Marriage Story” and “Her.” In the latest installment of Marvel’s “Avengers” franchise, she plays Natasha Romanoff, better known as “Black Widow,” who is now finally getting her own movie.

This will be the first child for Jost, the 39-year-old “SNL” actor and comedian. Jost and Johansson first got together in 2017 and quietly married in 2020. Johansson’s first child, Rose Dorothy Dauriac was welcomed into the world in 2014 with her then husband, French journalist Romain Dauriac. Jost has clearly got some good dad game going on: He’s been spotted carrying his stepdaughter in some adorable photographs earlier this year.

Johansson is descended from Eastern European Jews on her mother’s side, whose last name was originally Schlamberg, according to the hit television show “Finding Your Roots.” In the program, she is moved to tears as she learns about the tragic fate of her great-grandfather’s family in the Warsaw Ghetto during the Holocaust.

Johansson also stars in the Holocaust-themed drama/comedy “Jojo Rabbit,” which Jewish Maori director Taika Waititi describes as a “love letter to mothers, especially single mothers” — and especially Waititi’s own single Jewish mom, Robin Cohen, who raised him and encouraged him to make this movie. In the film, Johansson plays Rosie, who is the single mom to the titular Jojo; in September 2019, Johansson herself told People that she found inspiration for the role through her own experience as a single mother.

Like many other celebrities, Johansson is no stranger to controversy, most notably for taking on questionable acting roles (i.e. her casting in “Ghost in the Shell,” in which she plays a character originally meant to be Asian, as well as her casting as a transgender man in “Rub & Tug” — a role she eventually pulled out of) and her defense of Woody Allen in the wake of sexual abuse allegations. She also experienced backlash in 2014 as the spokesperson for SodaStream, which operates a factory in the West Bank.

Sadly, Johansson lacks a social media presence — which means we’ll be patiently scouring Jost’s platforms for any exciting pregnancy-related updates. In the meantime, we’d like to wish a hearty “b’sha’ah tova” to the happy couple!