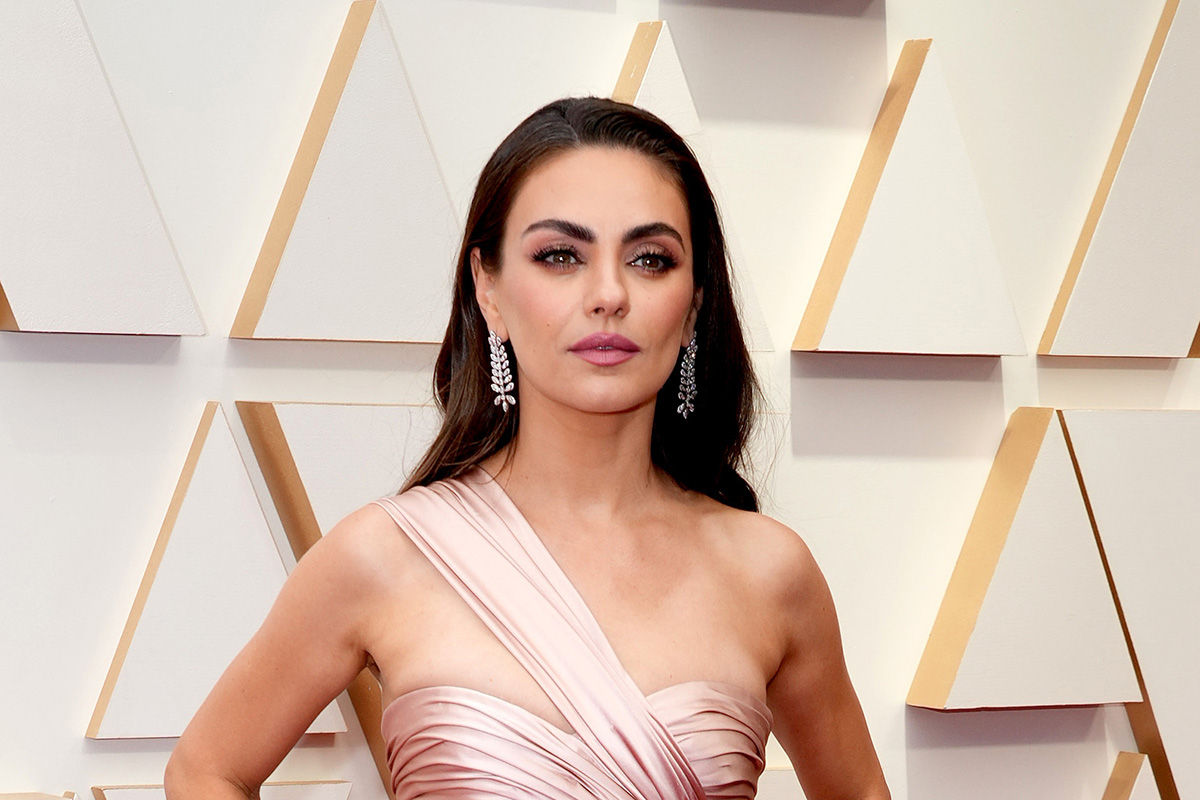 The war in the Ukraine has really changed the way actress and Jewish mom Mila Kunis thinks of herself.

“I have always considered myself an American, a proud American,” Kunis, who escaped what is now Chernivtsi, Ukraine with her family as a child, said in a fundraising video last month. “I love everything that this country has done for myself and my family, but today I’ve never been more proud to be a Ukrainian.”

Kunis and her husband, actor Ashton Kutcher, have raised over $35 million dollars for relief efforts to aid Ukrainian displaced people since the war with Russia began. They even got a call from Jewish Ukrainian president Volodymyr Zelensky thanking them for their help. She also recently introduced a segment at the Academy Awards that drew attention to the devastation and the human price of the conflict.

The war also changed the way the 38-year-old talks with her two children — daughter Wyatt, 7, and son Dimitri, 5. Kunis already passes down her Jewish heritage to her kids by celebrating Shabbat every week as a family. Yet, as her involvement grew with the place she once called home, Kunis realized that there was another part of their identity — their Ukrainian roots — that she needed to celebrate.

Kunis told CNN’s Chris Wallace that it was always important for her to share her mother tongue, Russian, with her kids (she grew up in what was then the USSR, so her family never spoke Ukrainian). Kunis speaks Russian with her parents (and also, sometimes, in interviews!) and she taught her kids the language because, as she said, “It’s good to know another language.” But she added, “I never thought, culturally speaking, it was important for them to know where they came from. It never crossed my mind until this happened.”

After Russia’s attack on Ukraine began this past February, Kunis and Kutcher both started telling their kids, “You are half Ukrainian, half American.”

“It instantly became a thing… and they’re like, ‘yeah, I get it, mom,'” Kunis shared.