Jewish Mummies Are Actually a Thing 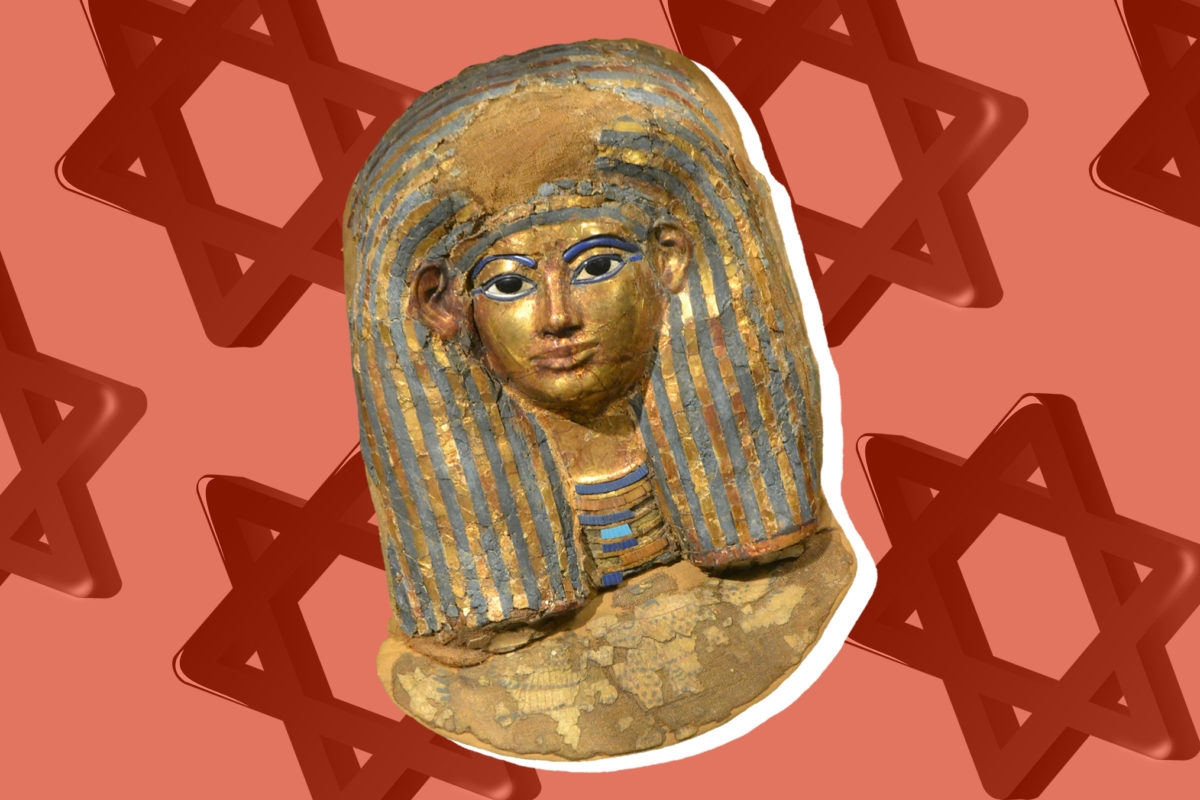 Halloween can be an overwhelming time for young kids, especially if they aren’t quite sure what to make of all the ghosts and zombies and whatnots.

Throughout the month of October, during our daily commute to daycare, my daughter and I pass several very realistic-looking dead people hanging from trees. She isn’t quite 2 years old, so she hasn’t asked about them yet. But yesterday, on our way home, I started to practice my explanation for these startling additions to the neighborhood: “Halloween is an ancient holiday,” I told her in my mind. “It comes from the Christian tradition, and maybe Celtic practices before that. It’s for honoring the dead. But there’s dressing up and candy, too, just like on Purim.”

To be honest, I’m ambivalent about celebrating Halloween. It’s so much a part of our cultural — and physical — landscape, however, that it’s probably inevitable that my daughter will get excited about it in a few years.

Just how — or if — we’ll celebrate Halloween will be something we’ll determine when the time comes. Yet lately I’ve noticed that the conversation around Halloween might be beginning to change from the “everyone celebrates Halloween!” sentiment that I grew up with. A recent Huffington Post article, for example, follows several families who have decided not to celebrate Halloween, either because the kids find it too scary, or because it doesn’t fit in with families’ religious beliefs. (Many observant Jews don’t celebrate Halloween due to its pagan and Christian origins).

Plus, Halloween can be upsetting for people who see their own customs and identities appropriated and denigrated in the name of dress up. Halloween costumes have a long history of racism and cultural appropriation — and yet, even as we become aware of these issues, people keep dressing up as “Arab Sheikhs,” Nazis (we haven’t forgotten, Prince Harry!), “Mexicans,” and in blackface.

Halloween decorations, too, can fall into this pattern. Just last week, an African American mother picking up her children in Brooklyn was horrified to discover that a house across the street from the kindergarten displayed several children, made of brown paper, hanging from nooses. When the mother complained, the homeowner removed the decorations and apologized, saying that she was referencing the horror movie Annabelle, about a demonic doll.

Plus, this time of year, many cultures around the world mark All Saints Day on November 1st as a time to honor the dead, and in Mexico and across the Americas, millions of people celebrate Día de Muertos, a three-day festival where people build altars, visit graves, and construct calaveritas de azúcar, sugar skulls commemorating people who have passed on. But here in the U.S., on Halloween, most plastic skeletons you see on the street are placed there not to honor the deceased but to get a really good scare out of passersby.

So what do we say to our Jewish kids about this particular time of year? On Twitter, Jewish/Quechua writer Daniel Delgado explained how he approached the concept of “Halloween monsters” — mummies, in particular — to his 4-year-old daughter. “Some ‘Halloween monsters’ have cultural context to real, living people,” Delgado wrote.

In other words, mummies aren’t exactly mythical creatures. Oftentimes, these “monsters” play into dangerous, outdated stereotypes that do more harm than good. Mummies, for example, are a pop culture trope that stems from a long tradition of Western appropriation of Eastern culture. When Britain and France were busy colonizing the Middle East in the 19th century, for example, they discovered incredible archaeological treasures, including very well-preserved human remains: mummies. British archaeologists seized these mummies  — literally robbing graves — and took them back to England.

In the Victorian era, Egyptology became all the rage, and British archaeologists actually staged mummy unwrapping parties in London parlors. Playing on the Ancient Egyptian belief that the deceased’s body had to be properly preserved to ensure a peaceful afterlife, countless stories and films depicted mummies rising from the dead to enact a curse on those who disturbed their rest. All of these stories reinforced a caricatured perspective of Arab culture as dangerous, exotic, and frozen in time.

So, mummies aren’t exactly an innocent symbol of spooky fun. And Delgado wrote that he explained to his daughter that mummies are sacred, and that their Quechua ancestors preserved bodies that way in order to honor them. Ancient Egyptians made mummies, he added, but Jews didn’t.

I was intrigued when I read this thread. And, later that day, when I mused on the topic with my husband, he immediately remarked, “But there were Jewish mummies!”

“Jewish mummies?” I asked skeptically. This definitely hadn’t come up in any of my Jewish history classes.

It turns out that — contrary to the tradition of Jews being buried immediately, without embalming — several of our Jewish ancestors had their bodies preserved after death. When Jacob dies in Egypt, Joseph decides to have his body embalmed so that they can transport his father back to Canaan, where he wanted to be buried. Jacob underwent the extensive process of Egyptian preservation of the dead, according to Biblical commentary, which took 40 days, emptying the stomach and bowels of waste and filling the body with aromatic herbs, so it would not putrefy on the journey to burial.

When Joseph himself dies, he is embalmed and placed in a coffin in Egypt. The Midrash even makes for a very spooky — and very Jewish! — story: rather than being buried, Joseph is placed in a coffin above ground, presumably because it was the custom of the land. According to Biblical commentary, Joseph is the only one of our ancient ancestors to be laid to rest in this way, because he had to wait until Moses led the Exodus from Egypt, taking Joseph’s bones with him.

According to Midrash Tanchuma, Joseph’s coffin was placed by the Egyptians in the royal tombs (although other sources say the coffin was sunk in the Nile). When Moses came to retrieve Joseph’s remains, he went to the tombs and stood among the coffins, and called out, “Joseph, Joseph, the time has come for the Holy One to redeem his children…!” All of a sudden, the story goes, Joseph’s coffin began to move. Moses saw the coffin stirring and knew that it must belong to Joseph. So Moses picked up the coffin, left the tombs, and departed Egypt.

Spooky, right? So, if your kids have questions about Halloween, you can tell them that Jews, too, have stories of the supernatural that involve the preservation of the dead. We can approach the conversation about skeletons by talking about indigenous traditions of respecting the dead, and of sacred customs of preserving the bodies of the ancestors. And we can compare how those customs are, in some cases, similar to our own. We can choose to celebrate Halloween — or not — but in either case, we can share some spooky stories of our own.