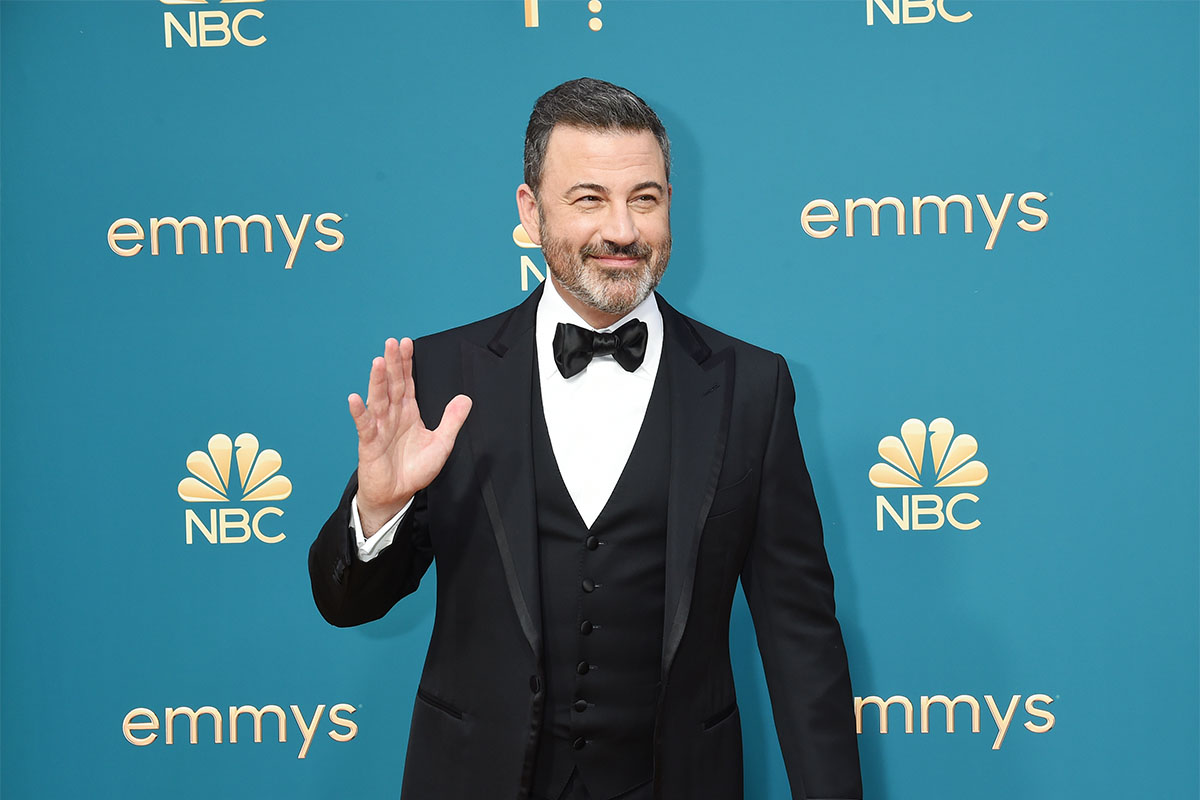 Via Gilbert Flores/Variety via Getty Images

After a couple of not so-great weeks for the Jews, brought on by Kanye West’s antisemitic tweets and rants, Jimmy Kimmel aired a sketch addressing the recent barrage of anti-Jewish hate.

The short segment from last Wednesday’s episode of “Jimmy Kimmel Live!” was a parody ad for a cure antisemitism called “Yentanyl” (a combination of the Yiddish word “yenta” and the highly addictive synthetic opioid fentanyl). The generic name on the bottle said “Meshuggenehonum” — a play on the word “meshuggenah,” Yiddish for crazy.

This sketch irked me from the get-go, and I’m not the only one who felt that way, judging by commenters and Jewish friends who sent me texts about it with a poignant, “Wtf?!”

Now, I’m gonna keep my ranting (or kvetching, if you will) about this brief, because do we have bigger problems in the world? Absolutely. But is this still a problem? Um, yeah, I kind of think it is.

While this jokey ad seems to target Ye and fellow antisemites, most of what it does is peddle in cheap Jewish stereotypes said antisemites love.

The segment’s trite use of Yiddish, which may be fine for a silly Jewish joke on a random day, feels inappropriate at a time when Jews are feeling scared to be in this country, with hateful banners being flown over major highways and antisemitic flyers being distributed in Los Angeles neighborhoods.

The sketch strangely opens with shots of two people of color who are dealing with hateful thoughts about Jews, despite the fact that most people peddling in antisemitic hate right now also happen to be white supremacists. “Does the thought of Jews get you down?” a voiceover says. “Having trouble eating bagels? Lost your enjoyment of ‘Seinfeld?’ Fearful that you’ll get zapped by a powerful space laser? Or have a sudden desire to go death con 3?” For the latter two questions, Marjorie Taylor Greene and Kanye West appear on screen.

The ad then introduces Yentanyl, a cure so they can get back to doing what they love, which in West’s case is “terrorizing your ex-wife and her boyfriends” (because obviously, it’s fun to forgo antisemitism in favor of old school misogyny, woohoo).

The next scene is a list of side effects over a video of the theater production of “Fiddler on the Roof.” The side effects are all either Yiddish words or negative Jewish stereotypes: “schvitzing, kvetching, kibbutzing [I assume they mean kibbitzing? Unless they mean becoming a kibbutz, which does sound kind of badass], hay fever, chutzpah, mild-to-severe hypochondria, strong opinions about the temperature of soup, a deep appreciation for Mel Brooks, calling your children to tell them who died, eczema, talking about your asthma” and “dancing the hora.”

For those of you who are feeling a bit anti-Semitic right now… pic.twitter.com/0Lm24L6nBw

I’m a fan of teaching the masses more Yiddish, appreciating Jewish pop culture and hating on antisemites, but this sketch is not it.

I’m sure there are Jewish writers behind this very sketch — I mean, the specificity of some of the lines (the calling someone to tell them who died hit deep) certainly showcase that. But why must we always be summed up as hypochondriac kvetchers? Do we really need this mothball-scented onslaught of Yiddish words and shots of Orthodox Jewish men dancing the hora at this time?  Do we have to reduce all Jews to a single stereotype again and again when we know we are a diverse, resilient people and hardly a monolith? We’re not all white, we’re not all Ashkenazi, we’re not all sickly and annoying and we don’t all love (GASP!) “Seinfeld” and Mel Brooks (OK, fine, we all love Mel Brooks).

I’m not calling out Jimmy Kimmel’s writers alone — there are other Jewish and non-Jewish comedians who have been using terribly stereotypical Jewish humor to cope with these terrible times — but I am here to say: please stop.

At a time of rising antisemitism, we can and should absolutely joke about it — that’s the one thing our people does best. But that humor should be empowering our fellow Jews and not bringing us down. This sketch just sent me deeper into my antisemitism-induced funk. Seriously, almost every trite line elicited a deep sigh that came straight from my exhausted Jewish soul.

Jewish jokes are great, but we really should try not to solely peddle in Jewish stereotypes when there are antisemites out there already doing just that — calling us a cabal and sharing antisemitic caricatures in alarming numbers and in terrifyingly public ways.

The Jews are already so tired. So let’s please leave the tired jokes about us at home.