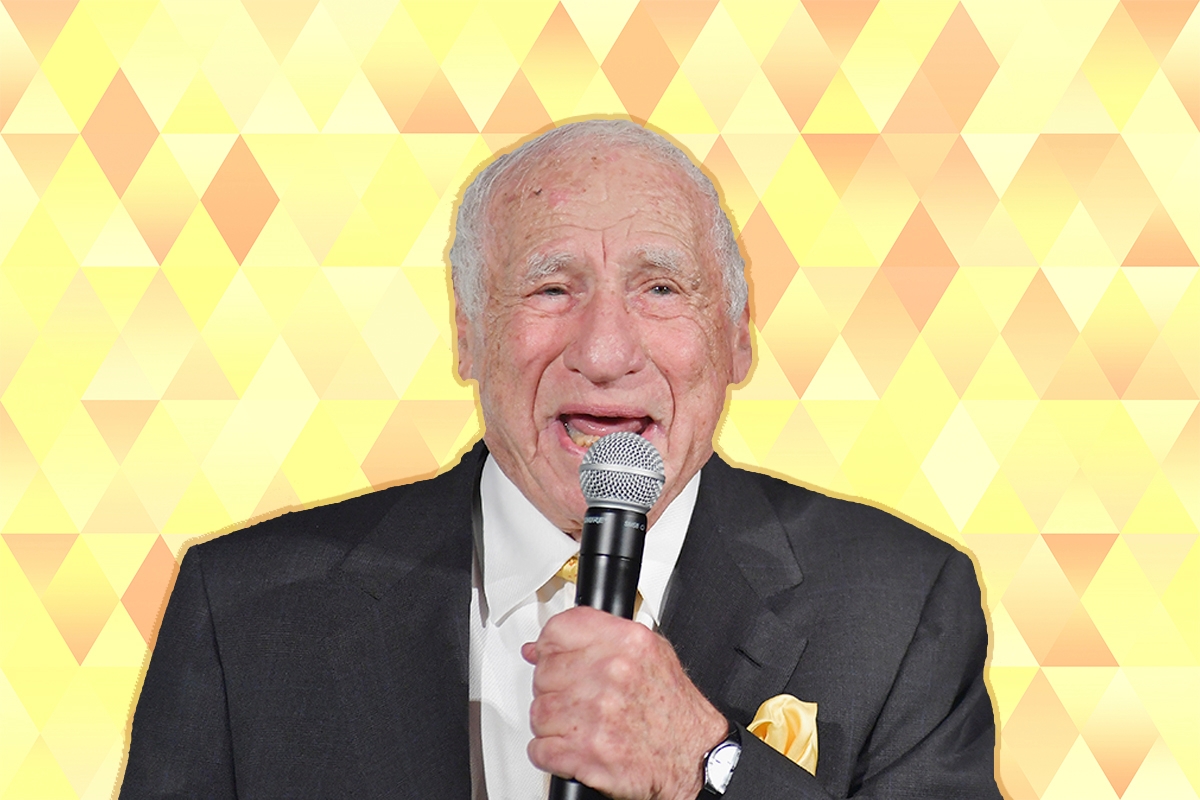 There are so, so, so many reasons to kvell over Jewish legend Mel Brooks — one being that today, June 28, the legendary comedian turns 95! Happy birthday, Mel, and mazel tov on this incredible milestone!

The comedian, producer, and screenwriter is very impressive. First of all, Brooks is one of few EGOT winners in the world — he has won four Emmys, three Grammys, one Oscar, and three Tony Awards. Um, WOW!

What’s more, throughout his long career, Brooks helped transform the landscape of comedy by making characters whose humor is unmistakably Jewish, from their names (“The Producers” protagonists Bialystock and Bloom), to their language (a Yiddish-speaking Native American in “Blazing Saddles”), to their neuroses and obsessions (Nazis, the Inquisition, Broadway, psychiatry).

On the occasion of his birthday, we are reminded that there are numerous reasons to appreciate Brooks’ life and works. For this reason, we have compiled some amazing Jewish facts this actor, comedian, filmmaker and mensch — from his Jewish family and friends to his many Jewish works and screenplays. Check out our favorites below.

In 1926, Brooks was born Melvin Kaminsky in Brooklyn to two Jewish parents. His father, Max Kaminsky, was a German Jew who hailed from from present-day Gdańsk, Poland; his mother, Kate Brookman, was from Kiev.

2. His stage name is an abbreviation of his Jewish mother’s maiden name.

Brooks’ father died from kidney disease when he was only 2 years old, leaving his mom  to raise him and his three older brothers — Irving, Lenny and Bernie — on her own. Brooks is an abbreviation of her maiden name, Brookman. “I lost my father at an early age, but my mother and brothers instilled love like puppies in a cardboard box,” he told the Financial Times in 2018.

3. Brooks got his start in show business in the Catskills.

After serving in WWII in Europe as a combat engineer, Brooks began his comedy career working in the 1940s as an emcee, stand-up comic and social director — otherwise known as a tummler — in the Catskills. This legendary vacation spot, also known as the Borscht Belt, was well-known for fostering Jewish talent in its day, giving an early platform to stars like Sid Caesar, Joan Rivers and more.

4. His first formal comedy writing gig was a collaboration with some celebrated, seriously funny Jews.

In 1949, Brooks joined the writing staff for “The Admiral Broadway Revue,” a weekly television series starring Sid Caesar. There, he collaborated with an all-star roster of Jewish comics, including Carl Reiner, Neil Simon and Larry Gelbart. It was part of this comedy team where Brooks won his first Emmy in 1967, as a co-writer of the variety show “The Sid Cesar, Imogene Coca, Carl Reiner, Howard Morris Special.”

Brooks and beloved Jewish comedian Carl Reiner — who died last June at age 98 — were great friends. After coining their mostly-improvised bit the “2,000 Year Old Man” (upon which Billy Crystal based his character Miracle Max’s voice in ‘The Princess Bride’), the pair remained close friends for seven decades. According to Vanity Fair, “As they grew older, the duo perfected the same nightly routine: Brooks would get in his car and drive to Reiner’s Beverly Hills house, where they would eat dinner, watch ‘Jeopardy,’ and then tuck into a movie.” (Reiner, FWIW, called Brooks “the single most funny human being that ever existed.”)

6. Brooks’ directorial debut was the 1967 film The Producers, which featured an outrageously antisemitic musical.

The comedic film, starring Jewish actors Zero Mostel and Gene Wilder, was about a stage producer and accountant who try to scam their investors by creating a musical, “Springtime for Hitler,” that’s so offensive that it will close on opening night. (Alas, that’s not how things transpired…) Despite initial controversy and mixed reviews, Brooks won an Academy Award for the screenplay of “The Producers,” which later became a Broadway musical (with Jewish actor Matthew Broderick in Wilder’s role!), for which he won multiple Tony awards.

7. Brooks and Wilder were good friends and worked together on three films.

In addition to “The Producers,” Brooks and Wilder also collaborated on “Blazing Saddles” (1974) and “Young Frankenstein” (1974). When Wilder died in 2016, Brooks led the outpouring of tributes to the actor, on social media and otherwise. Brooks tweeted: “One of the truly great talents of our time. He blessed every film we did with his magic & he blessed me with his friendship.” We’re kvelling. Also, we love that Brooks is active on Twitter, even in his 90s!

Gene Wilder-One of the truly great talents of our time. He blessed every film we did with his magic & he blessed me with his friendship.

8. Brooks feels a deep connection to his Jewish culture.

In an interview with Men’s Journal, Brooks describes himself as secular but with a deep connection to his Jewish roots. He described his identity as “the relationship with the people and the pride I have.The tribe surviving so many misfortunes, and being so brave and contributing so much knowledge to the world and showing courage.”

9. He has many thoughts about what makes a movie a “Jewish film”.

In the Talmudic tradition of coming up with many answers to a simple question, Brooks says there are many factors that can make a film a “Jewish film.”  “Anything in Brooklyn where I grew up is Jewish, particularly if it takes place in the thirties or forties,” he told Tablet in 2016, adding: “’Avatar’ was a Jewish movie … these people on the run, chasing — and being pursued.”

10. Brooks is an adorable Jewish grandpa.

Brooks is, of course, a Jewish dad: He had three kids with his first wife Florence Baum, and then one son, Maximilian Brooks, with his second wife, actress Anne Bancroft. In October 2020, Max and his son, Henry Michael Brooks, joined forces with the family patriarch to make an epic video voicing their support for then-presidential candidate Joe Biden naming Covid-19 relief as their primary concern. Check out this adorable video of three generations of the Brooks family:

My father, @MelBrooks, is 94. He has never made a political video. Until now. #MelBrooks4JoeBiden#BidenHarris#GrassrootsDemHQ pic.twitter.com/yQZhopSbNV

Mazel tov on this milestone, Mel. May you live until 120!