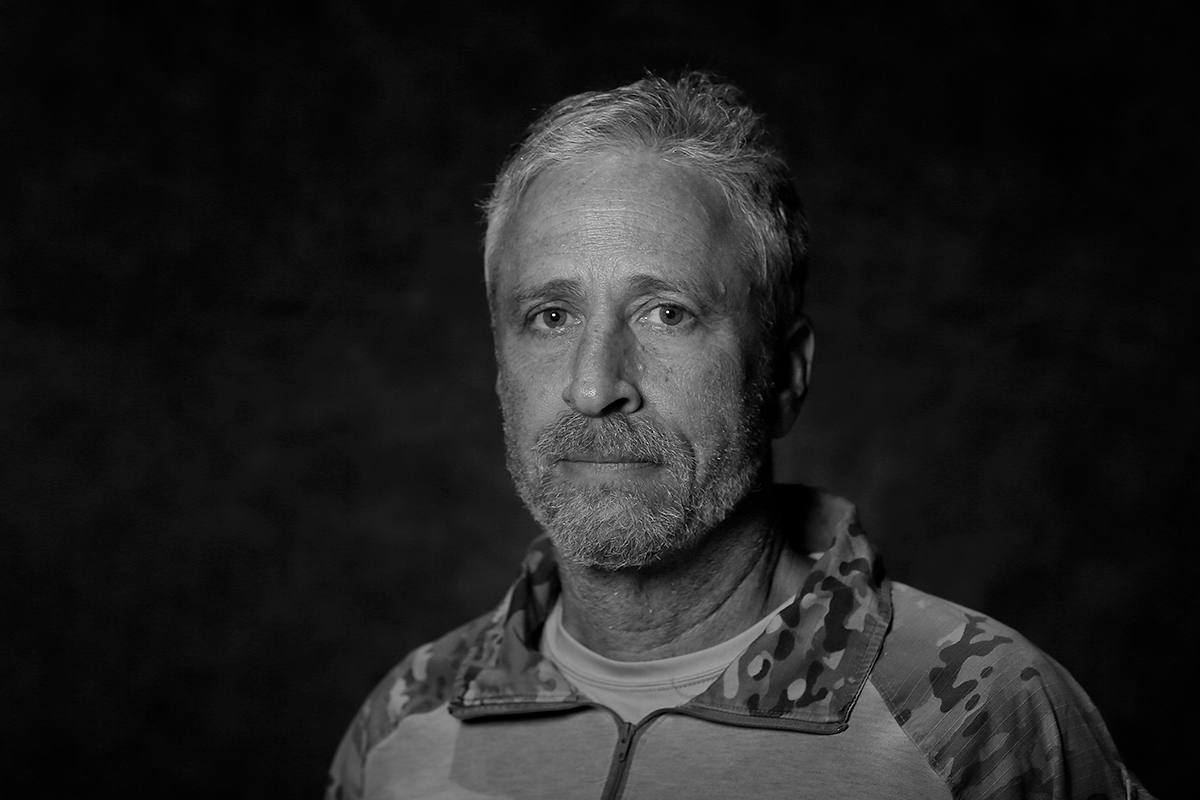 For almost 16 years, Jon Stewart hosted “The Daily Show” — the quotidian Comedy Central program that helped define what modern American political satire is. His voice was unforgiving and sharp, and he was also, despite having changed his last name from Leibowitz (mostly to dissociate from his estranged father), unapologetically Jewish. Along with a slew of comedians that are now true icons — Samantha Bee, John Oliver, Stephen Colbert and Steve Carrell, to name but a few — the Jewish comedian and his crew created sketches about current day events that were biting and hilarious.

“The Daily Show” was friggin’ brilliant and the common consensus seemed to be that it was Stewart who made it so — the show won a whopping 22 daytime Emmys when he was at its helm. I would watch clips of certain segments over and over again. Every perplexing political event would leave me jonesing for a dose of Stewart to help me make sense of what happened — while, at the same time, alleviate its pressures, giving me the sweet temporary relief of laughter.

And yet, as dedicated of a fan that I was, I can’t remember any of those brilliant jokes. That’s because less than a year after Stewart quit “The Daily Show,” leaving it to fellow comedian Trevor Noah, Trump was elected president and changed the whole paradigm of comedy, satire and, as some would argue, reality.

These days, when I think of Stewart, I think of his impassioned speech to Congress in 2019, during which he lobbied for continued funding of the 9/11 Victims Compensation Fund. It’s a speech that, along with videos of dogs being reunited with returning soldiers and baby announcements, is a surefire way to make me weep.

At that point, it had been 18 years — enough to create a new, legal voter — since those two planes crashed into the Twin Towers that beautiful morning, changing the Manhattan skyline forever and causing terrible health problems for the hundreds of heroic firemen, police officers, paramedics and other first responders who rushed to the site to help aid the rescue and recovery. And there was Stewart, still fighting for the victims — the heroes — of 9/11. He was joined by dozens of first responders and their families, and they spoke to a mostly empty room, as most elected officials simply did not attend the hearing.

“Sick and dying, they brought themselves down here to speak, to an empty room,” Stewart, a father of two, told the empty chairs. “We don’t want to be here… none of these people want to be here. But they are.”

“Your indifference causes these men and women their most valuable commodity — time,” he added, angrily. “It’s the one thing they are running out of.”

“9/11 first responders shouldn’t decide whether to live or to have a place to live,” he told Congress.”They responded in five seconds [to the 9/11 attack], they did their jobs, courage, grace, tenacity and humility. 18 years later — do yours!”

It was a harrowing speech — and it did its job. Stewart’s efforts, along with that of the amazing first responders he worked with, ultimately paid off: Congress passed a bill that agreed to keep the fund active until 2092.

Let’s not forget that, in the days following Sept. 11, then-New York City mayor Rudy Giuliani became a national figure, “America’s mayor.” As Giuliani became drawn into narcissistic — and honestly, pretty embarrassing — endeavors with the Trump campaign, while still touting his 9/11 accomplishments, and as lawmakers tweeted on every anniversary to “never forget,” while ignoring the pleas of the still living victims — it was Stewart who kept fighting on for the victims of 9/11.

Maybe it’s because, more than anything, Stewart is quintessentially New York. (Yes, even as though he grew up in New Jersey and he now lives in a farmstead in the Garden State.) You can see an example of that in this sketch, in which he mocks Trump not knowing how eat New York pizza:

Stewart grew up one of the only Jewish kids in a small New Jersey town, and says he experienced antisemitism growing up. In a 2007 Rolling Stone piece, Ben Karlin, his production partner, described Stewart as “driven by the forces of guilt and shame and fear of being on the outside that gives Jews their comic angst. He’s self-trained in stand-up. He learned in the wretched comedy clubs of New York.”

Thanks to the magic of the internet, it’s possible today to see the genesis of Stewart’s passion for aiding 9/11 victims and responders — it’s all there in his monologue during the first “Daily Show” episode after the attack, on Sept. 20. It’s a heart-wrenching and raw speech, in which Stewart breaks into tears on more than one occasion.

“Any fool can blow something up, any fool can destroy, but seeing these guys, the firefighters, these policeman and people from all over the country, literally with buckets, rebuilding — that’s extraordinary, and that’s why we’ve already won… It’s democracy… You can’t shut that down,” he said in that opening monologue.

Over the years, he featured these first responders on his show, helping with their lobbying and, after he left “The Daily Show,” he kept fighting alongside them. It was that fight that helped ensure the permanent existence of the Victim’s Compensation Fund. Stewart joined John Feal, a construction worker and activist who was injured as a demolition supervisor at Ground Zero, and who founded FealGood Foundation to help lobby Congress and provide the other first responders with resources.

“John Feal and all the first responders have done so much for me, for the community, for the city, for the country,” Stewart said. “To be able to repay some of that debt that I feel I owe them personally, that we all owe them, is the best feeling.”

You can watch how that labor unfolded in the new documentary, “No Responders Left Behind,” which is available on Discovery+.

Stewart is still continuing to fight to honor and aid these incredible men and women. This September 12, a day after the 20th anniversary of that terrible day, he is co-hosting a comedy benefit for these first responders called “NYC Still Rising After 20 Years: A Comedy Celebration,” along with Pete Davidson, whose father, a firefighter, died on 9/11. David Chappelle, Jimmy Fallon, Amy Schumer and many other popular comedians will be taking the stage to tell jokes and raise money for this ever so important cause.

In the vein of the Jewish value of tikkun olam, Stewart’s activism doesn’t stop there. He is about to debut a new show on September 30 on Apple TV+. Each one-hour episode of the show, which is titled “The Problem,” will address an issue that is “currently part of the national conversation and [Stewart’s] advocacy work.”

After over half a decade, I truly can’t wait for Stewart to helm a show again, bringing us his unique brand of chutzpah and humor. As we honor the victims and responders of 9/11, it’s remarkable to think about how that chutzpah helped ensure that those who tried to protect us during that harrowing time get to live with the dignity and the care they deserve.