Kristen Wiig and Jewish Fiance Avi Rothman Are the Parents of Twins, Mazel! 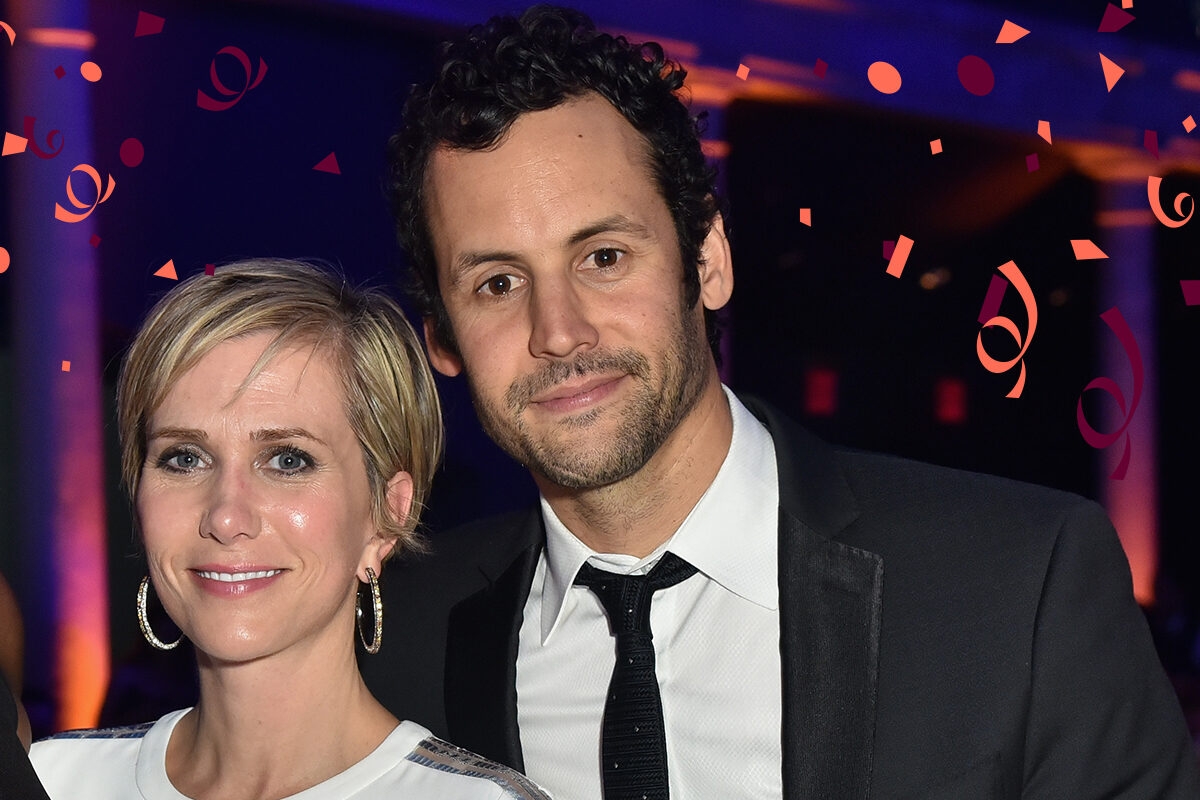 The incredibly secretive — and, if I’m to be frank, very adorable looking couple — was recently spotted strolling around LA with one baby strapped to each of them. (How sweet!) Their hat game was on point, with Wiig wearing an oversized straw hat, Rothman wearing a good ol’ baseball cap — a classic dad move, if there ever was one — and the twins wearing adorable cloth bucket hats adorned with corresponding animal prints. (I do believe my son has such a cap, though his came from Amazon, so maybe this is a fancier version?)

Kristen Wiig and fiancé Avi Rothman step out with their twins https://t.co/FBGkJccQcl pic.twitter.com/uuF0Lg9J68

Wiig slightly hinted at becoming a mom in a recent Mother’s Day monologue while hosting SNL at Home. “I don’t know if I truly appreciated my mom the first 45 years of my life,” she said. “But this year I’m feeling especially grateful for her advice, her love. I’m so thankful for all the things she’s taught me, like preparing me to be a mom myself.”

I must admit, I got a bit teary-eyed watching this! Wiig also played a twin in the very excellent movie Skeleton Twins, which may have also prepared her to be a twin mom. (OK, so it probably didn’t — but I love that movie and feel obligated to mention this.)

Wiig and Rothman have been dating since 2016, though neither has openly spoken about their relationship. Like Wiig, Rothman is a longtime comedian. He’s played Ogden, the inappropriate yoga guy in a series of online skits that will definitely give your uncomfortable flashbacks of getting hit on in yoga class (back when, you know, in-person yoga classes were a thing).

Rothman has also played an onslaught of Jewish roles in shorts, from Jesus (who rants abut his dad’s control issues) to a rabbi (of course) to a Jesus-like version of God in this borderline antis-Semitic (I feel like I can say this because it seems to have been made exclusively by Jews) pardoy music video featuring “Miriam and Shoshana, the hardcore Jewish gangster girls.”

He also used to frequently collaborate with his friend Seth Menachem — on skits, a TV pilot, and even a singles column for LA Jewish Journal. According to Jewcy, Rothman took the pictures for the column, and Menachem once even featured his then-single friend, writing:  “despite being a good-looking actor in Hollywood, Avi’s a loyal boyfriend. You wouldn’t have to worry about him fooling around with other women. He’s loyal, and he wants to commit to the right girl.”

Well, it definitely looks like he found her! Rothman and Wiig got engaged last year, and now they are parents. Will there be a chuppah at the wedding? Was there a bris/baby-naming for the twins? That we do not know. But we do know that we are oh-so-happy for this lovely couple, and that we can’t wait to see Wiig opposite popular Jewish mom Gal Gadot in the next Wonder Woman.

Hitler Was Not 'Right About One Thing,' Congresswoman Miller

10 Iconic Debbie Friedman Songs That Will Bring You Comfort

The Hottest Jewish Baby Names for 2021