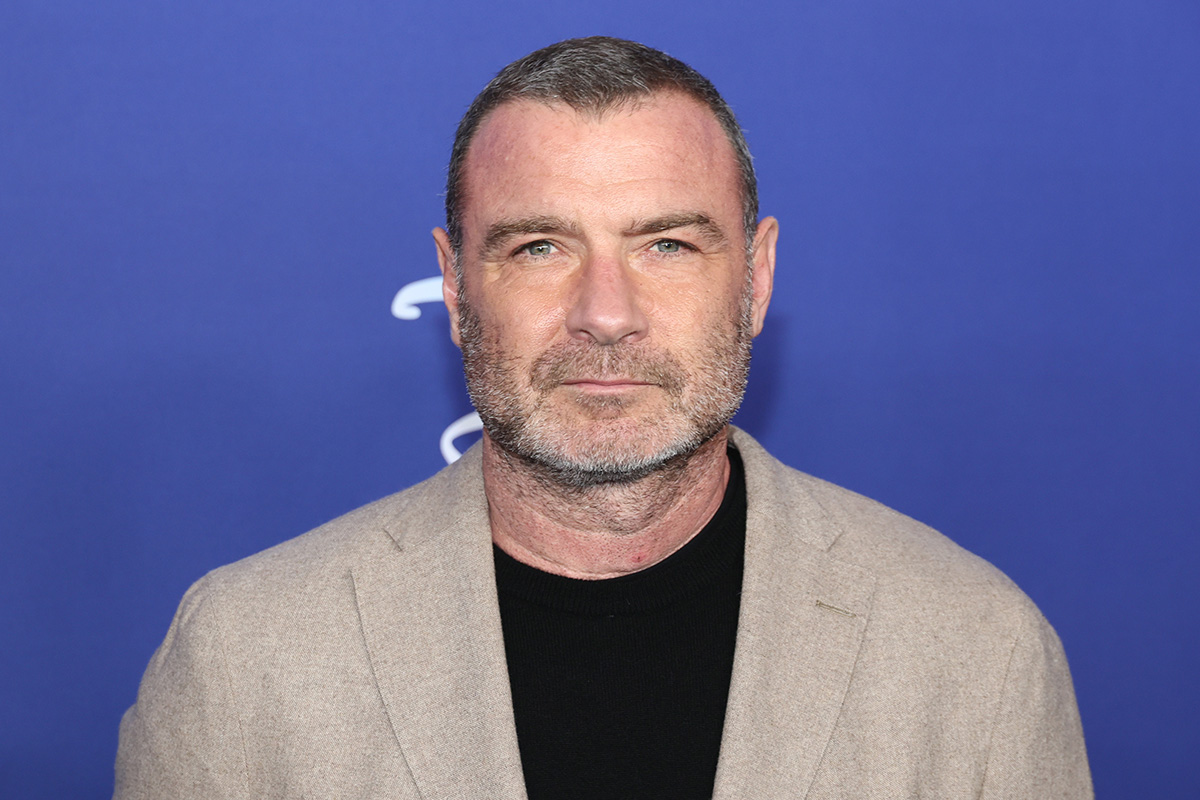 Jewish actor and director Liev Schreiber spent this past Passover cooking brisket for Ukrainian refugees like the mensch he is. The father of two also visited Poland and Ukraine, drawing attention to the plight of the Ukrainian people.

Last week, Schreiber attended a “Unite for Ukraine” fundraiser in Washington, D.C., where he opened up about how his Jewish maternal grandfather Alex Milgram, a Polish and Ukrainian immigrant to the U.S., inspires so much of what he does, both onscreen and in his relief efforts in Ukraine.

“My mother and father separated when I was very young. And so, in many respects, Alex — my grandfather, my maternal grandfather — raised me in New York City,” Schreiber told “All Things Considered” host Michel Martin. “He was a huge influence on me.”

Like Schreiber, who is known for roles like “Ray Donovan,” said Milgram was a tough Jew: “There were all these things that people said Jews didn’t do that my grandfather did that I loved” — like playing hockey and football.

Milgram was also conscientious. “He was the kind of guy that would slap me in the back of the head if I didn’t open a door for somebody — not hard, but hard enough,” Schreiber joked.

For Schreiber, Milgram’s death, which happened right after the actor finished graduate school, hit him hard and filled him with palpable sadness. It also left him wanting to explore his grandfather’s history and heritage. “I had this kind of powerful, emotional feeling about him when he died that I hadn’t bothered to get to know him,” Schreiber explained, “and it was something that really motivated and inspired a lot of the work I did from that time forward.”

Schreiber says his grandfather never talked about his family’s experience in the Holocaust. “Sometimes when he would get drunk, he would speak in, like, Yiddish or a little bit of what I assumed was Ukrainian or Russian, but never wanted to talk about it.”

Wanting to fill that void, Schreiber wrote a script about a young American who makes a trip to Ukraine to dig into his grandfather’s past — and while that script didn’t go anywhere, it did lead him to the book “Everything Is Illuminated” by Jonathan Safran Foer, a book which became Schreiber’s directorial debut of the same name in 2005. Schreiber also wrote the script for the film, which starred Elijah Wood as Foer, who goes to Ukraine to try and find Augustine, the woman who saved his grandfather during the Holocaust.

It’s through this movie that Schreiber, who is about to star as Anne Frank’s dad Otto Frank in a new Disney+ show, became associated in people’s minds with Ukraine.

“A lot of people think I’m Ukrainian, or think I have something to do with Ukraine, because of my work, because of the films I made. And so [when the war in Ukraine started] they called me and said, what do I do?”

At first, Schreiber didn’t know what to do. The actor recalled sitting on the couch with his kids, watching intensely familiar “hulking, middle-aged, balding men with cigarettes and Kalashnikovs” and feeling helpless. But then, through friends, he helped found BlueCheck Ukraine, which vets and fast-tracks funds to charity organizations on the ground in Ukraine and helps harness the good intentions and funds of all those well-meaning people who contacted him.

At the World Economic Forum in Davos this week, Schreiber told Reuters that he believes that Ukraine can win this war.

“This could go on for some time, and there’s a danger of it fading from the news cycle,” he said. “I think we have to remember that these people are in the fight of their lives right now for values and principles that we share, I think, as Europeans and Americans.”