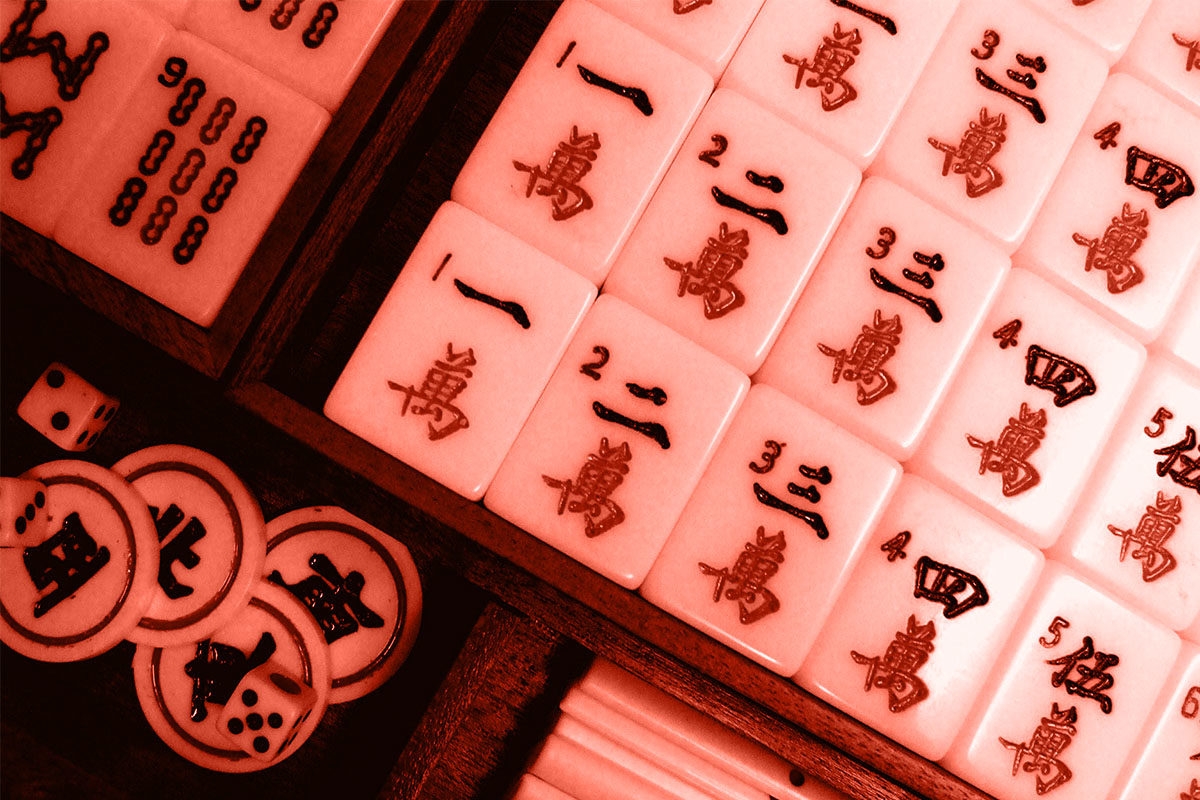 It’s Monday morning, my favorite time of my favorite day of the week. (Really!) My morning ritual begins after my son leaves for school and my husband leaves for work.

No, I’m not referring to vacuuming, or food shopping, or rushing off to yoga or an office. Instead, I begin preparing for my weekly mah jongg game.

Every Monday, my fellow Long Island Jewish soul sistas and I get together at 11:30 a.m. for our weekly game. There’s Diane, a full-time mom of three who lost her husband to pancreatic cancer almost three years ago. Amy, a wife and mom of two girls, is a social worker and life coach. Roz, a two-time cancer survivor, is married, a mom of three, and a full-time psychologist. Eileen, married and a mom of two, is also a life coach who specializes in helping young adults navigate through those uncertain “now what?” phases of life. As for me, I’m a married mom of three sons. I’m also a religious school teacher, a children’s yoga teacher, president of my temple’s Sisterhood, and a published author.

Basically, we’re five women in our 40s and 50s, with different careers, styles, and interests, but we share a common passion: mah jongg.

It’s true that this challenging, old Chinese tile game may have initially brought us together, but what keeps us together, week after week, is the camaraderie. Since starting our game about seven years ago, I’ve noticed how truly magical things happen as tiles are picked, passed, and placed on our racks. Our weekly games have fostered the kind of loyal friendship that generates a true sisterhood.

My mah jongg group has helped me to DARE — an acronym I created with my fellow players’ first initials. Diane is dynamic and helps me to dig deep into my feelings. She has shown me how she found strength while dealing with her husband’s illness and, sadly, after his death. Amy is effervescent, an excellent listener and problem solver, and always full of hope for what is possible. Roz is resilient — she resonates with fortitude, passion, and support. Eileen is reflective and is a friend who holds up a mirror for me to look into, to help me see what she sees and to help me to look at the things I might avoid while looking in my own mirror. These special women helped me DARE to be strong when my husband was diagnosed and treated for cancer two years ago, and they gave me support and friendship when I desperately needed it.

When we’re together for our game, no subject is off-limits: kids, aging parents, marriages, sex lives, careers, and health are all discussed, as well as our hopes and dreams. We honor a player’s birthday with a gift and cake to help celebrate. We cheer on and rejoice in each other’s accolades. We support a sister when she is in need of a helping hand, an ear to listen, or a heart in need of a hug. (In fact, I’ve been so inspired by my sistas that I even published a memoir, Mah Jongg Mondays about our group.)

Of course, we’re hardly the only mah jongg sisterhood out there — after all, the game has been played in this country for about 100 years. According to Annelise Heinz, an assistant professor of history at the University of Oregon, mah jongg was brought to the U.S. in the 1920s by Joseph Babcock, an American businessman who became acquainted with the game when he was working and living in Shanghai. The transpacific game became wildly popular, alongside the trend of “Oriental” fashion and decor. In that era, mah jongg was all the rage in the U.S., alongside pixie haircuts, flapper dresses, jazz, and the Charleston.

After about a decade, however, the Asian cultural fad had died out, and mah jongg lost its luster among many American players. What’s more, players grappled with inconsistent rules and hands, causing much confusion and discontent in the mah jongg community.

Enter our great mah jongg matriarch, Dorothy Meyerson. She was a founding member of the National Mah Jongg League, which was created in 1937 in Manhattan, along with a few other female Jewish mah jongg pioneers. The league standardized rules as well as specific hands, which were printed on a tri-fold playing card and became an essential feature of any American mah jongg game. (But that’s not all: Meyerson wrote a mah jongg instruction book called That’s It, and she hosted a television show about mah jongg in the 1950s. Wow!)

Thanks to the efforts of Meyerson and co., mah jongg experienced a popular resurgence especially in Jewish circles in New York City. The game became an important and powerful way to bring women together, especially after many families left the city and headed for homes in the suburbs, and leisurely summers spent in the Catskills. In fact, mah jongg is even featured in The Marvelous Mrs. Maisel — in the Catskills episode in season two, we witness Joel’s mother, Shirley, pulling an all-nighter at the mah jongg table at the Steiner Mountain Resort!

By all accounts, the mah jongg sisterhood is still going strong. The National Mah Jongg League today claims 400,000 members, and even celebrities are getting in on the act: Last year, no less an icon than Sarah Jessica Parker posted on Instagram about her love of the game. On Facebook, the group Mah Jongg, That’s It! boasts some 25,000 members, and we bond over our love of the game. We ask etiquette and rules questions, post pictures of hands we won with pride or colorful snapshots of elaborate snack stations, and fun, festive cocktails.

More than anything, however, when I’m scrolling through the mah jongg groups on Facebook, I’m blown away by the glimpses I see of small sisterhoods across the country — these groups of women, like ours, who are playing, sharing, and connecting. Online, I’ve seen photos of women in the 20s and 30s playing mah jongg, some being introduced to it at their children’s preschools or through their mothers or friends. There are women in their 40s and 50s, gathering around mah jongg tables, escaping for a few hours from home and work. There are women who are able to look back on decades of play, who are still dedicated to the game and to challenging their minds and memories.

There’s also the occasional player who’s celebrating her 100th birthday at the mah jongg table. Like Meyerson, these women are also mah jongg matriarchs — the Sarahs, Rebeccas, Leahs, and Rachels of this beloved game. These women have helped pass down their passion for the game — as well as the traditions of support and sisterhood — to their daughters and granddaughters. This love is passed down, as we say so often in Jewish tradition, from one generation to the next — l’dor v’dor.